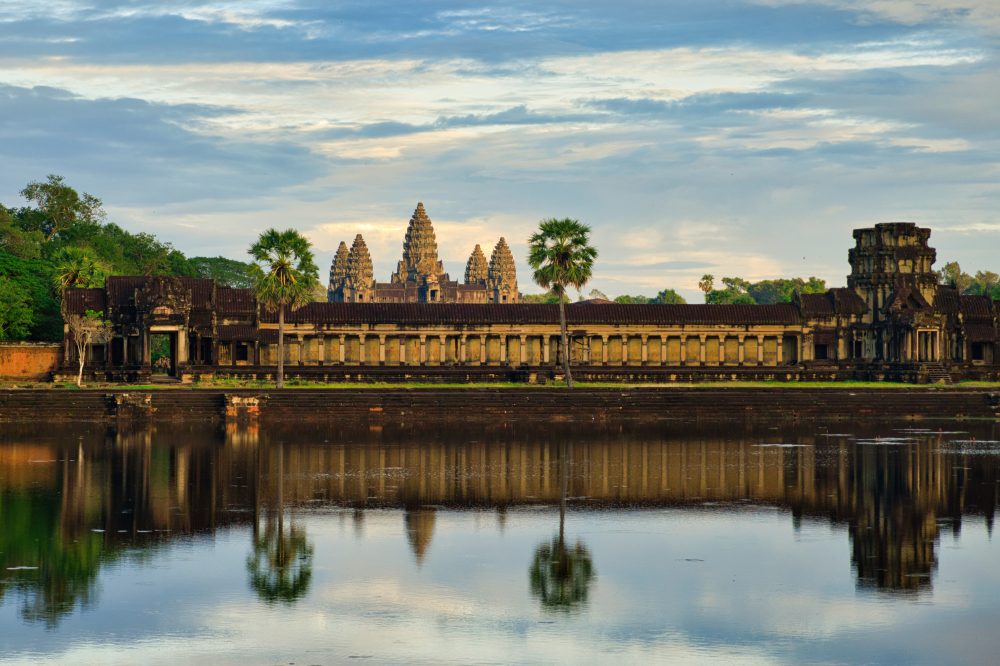 This is the last day of our vacation. We woke up to pouring rain. Everybody in Vietnam and Cambodia keeps telling us how unusual all this rain is and how cold it is for the season. The ‘cold’ (25 degrees C) we did not mind, quite the opposite, but the constant drizzle, each day a few times and the uniform grey sky was exasperating a bit. But this morning it really poured. In buckets. Forget about the floating village – we felt like our hotel would be floating soon as well. We called our driver Siphan and asked him to come two hours later, as the rain was supposed to lessen by then.

We spent the morning carefully packing as we discovered that Bangkok Air that we booked for the short flight from Siem Reap to Bangkok, has a weight limit of 20 kg per bag, not the 23 kg that we were counting on. After careful packing Esther’s bag had 20.5 kg, Chris bought an additional 5 kg online and his had 25.5 kg… hopefully no one would be weighing our hand luggage…

Around 10.30 AM we set out to visit a remote group of temples and do boat trip on the lake  to see the floating villages. The rain had indeed lessened but sky was still grey. We saw a group of three of the oldest temples in Angkor, about 30 min sough east of Siem Reap.

Two were under restauration so you could only see parts of it. All three were built between 890 and 980, some with brick, which reminded us of the temples of Bagan in Myanmar.

On we went for a light lunch with delicious soups before heading to the lake.

Alas we got stuck behing a huge funeral procession on a narrow street and there was no way to pass it. It was on its way to a pagoda and bystanders told us that this could take another half hour until we are able to pass it when the whole procession veers off the road. From afar we saw a yellow baldaquin with men carrying the coffin by foot. Thats why the procession only proceeded so slowly and hundreds of people were walking behind it, intermingled with some cars and scooters.

This meant we had to miss out on our boat trip as we wanted to not risk missing our flight later that day. Maybe we’ll be back. It is certainly an intruguing country.

On our final drive back through the archaeological site of Angkor on our way to the airport, we did stop one last time at Angkor Wat and as if to mock us, the sun started to peek out a little bit right before we had to head out.

It was a magical moment and one that we’ll always remember. What a fascinating site and culture. After three days of temples in Angkor even Esther feels that she has had her fill and we’re traveling back to Germany with lots of memories and stories. 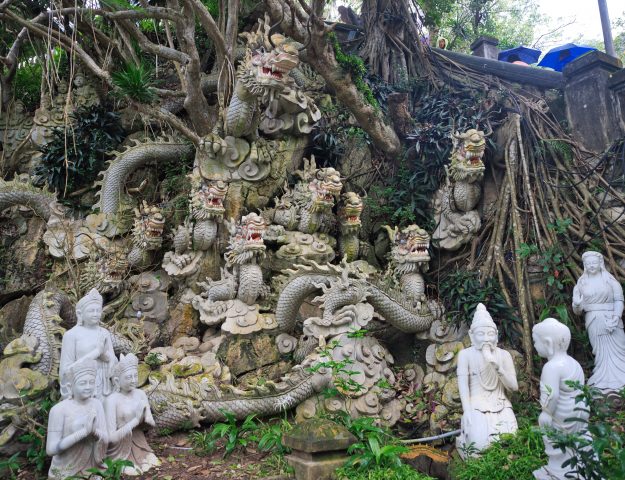