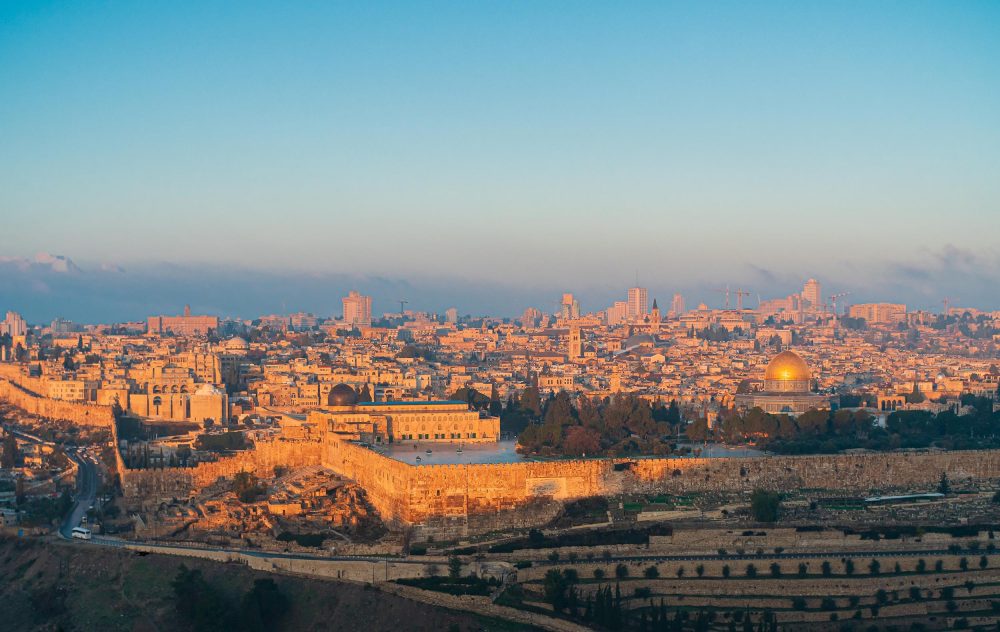 A couple of my friends were puzzled – yes, that I was traveling again – but above all about the destination: Israel! Jerusalem? What do you want there?? Isn’t that dangerous?! For everyone who believes that in Israel you have to clear your way with a gun: No, there are no knifer behind every corner in Jerusalem or Haifa or Tel Aviv. And thank God or Inshallah, no more Palestinians blow themselves up out of sheer frustration at Israeli politics. The greatest danger lurks in the Arab souqs, in case one of the sly salespeople twists you around his finger. The prices – especially for Asian tourists – might have dangerous consequences for your wallet. ‘Everyone pays for what it’s worth to him’, a Palestinian seller once whispered in my ear when after the sixth mint tea I finally bought his damn antique dagger for eight euros instead of the starting bid of 300 euros. Funnily enough, I saw the same dagger again in one of the countless tiny shops today. The guy in the shop wanted to make me a good price. Only 50 euros.
Otherwise, at first glance, not much has changed in the eternal, holy city, which I visited for the first time twenty years ago. The world has only turned upside down politically, as none of us could have ever imagined in our wildest dreams.

The Church of the Holy Sepulcher is still more of a circus than a place of contemplation – it may have gotten worse. Even now in January, cohorts of tour groups besiege the labyrinth of churches around which is claimed by several faiths in intense dispute and where the Ethiopian Christians live on the roof (more on the Holy Sepulcher in the next post).

Otherwise, the Ashkenazy Jews (usually recognizable by their wide-brimmed hat or their fur hat, the women by their wig and the baby stroller) are still walking at a slightly accelerated pace through the Arab quarter, armed Tsahal soldiers (and, of course, female soldiers) in all skin colors are placed at strategic points. If the sight of machine guns gives you goose bumps, you rather should avoid Israel. There are over 170,000 draftees and 630,000 reservists and sometimes they take their loaded guns to the playground or lean them against the Western Wall while speaking their prayers.

Speaking of the Western Wall: it seems to be persistent – it hasn’t collapsed yet despite the burden of many wishes, prayers and perhaps also complaints.

And on top thrones the unique Dome of the Rock with its real gold-coated dome (Jordan’s King Hussein II is said to have sold one of his houses in London to be able to donate the 80 kilos of gold necessary to cover the dome).

And it still stands, despite the fact, that some Jews would rather build the third temple there. And I don’t assume that it is supposed to stand next to the Dome of the Rock… Non-Muslims are only allowed to go to the Temple Mount on certain days (not on Fridays and Saturdays). Now during winter season it’s accessible between seven and half past nine as well as half past twelve and half past one. In the morning there is less crowd and the light is better – so I will probably have to get up early and skip my breakfast.