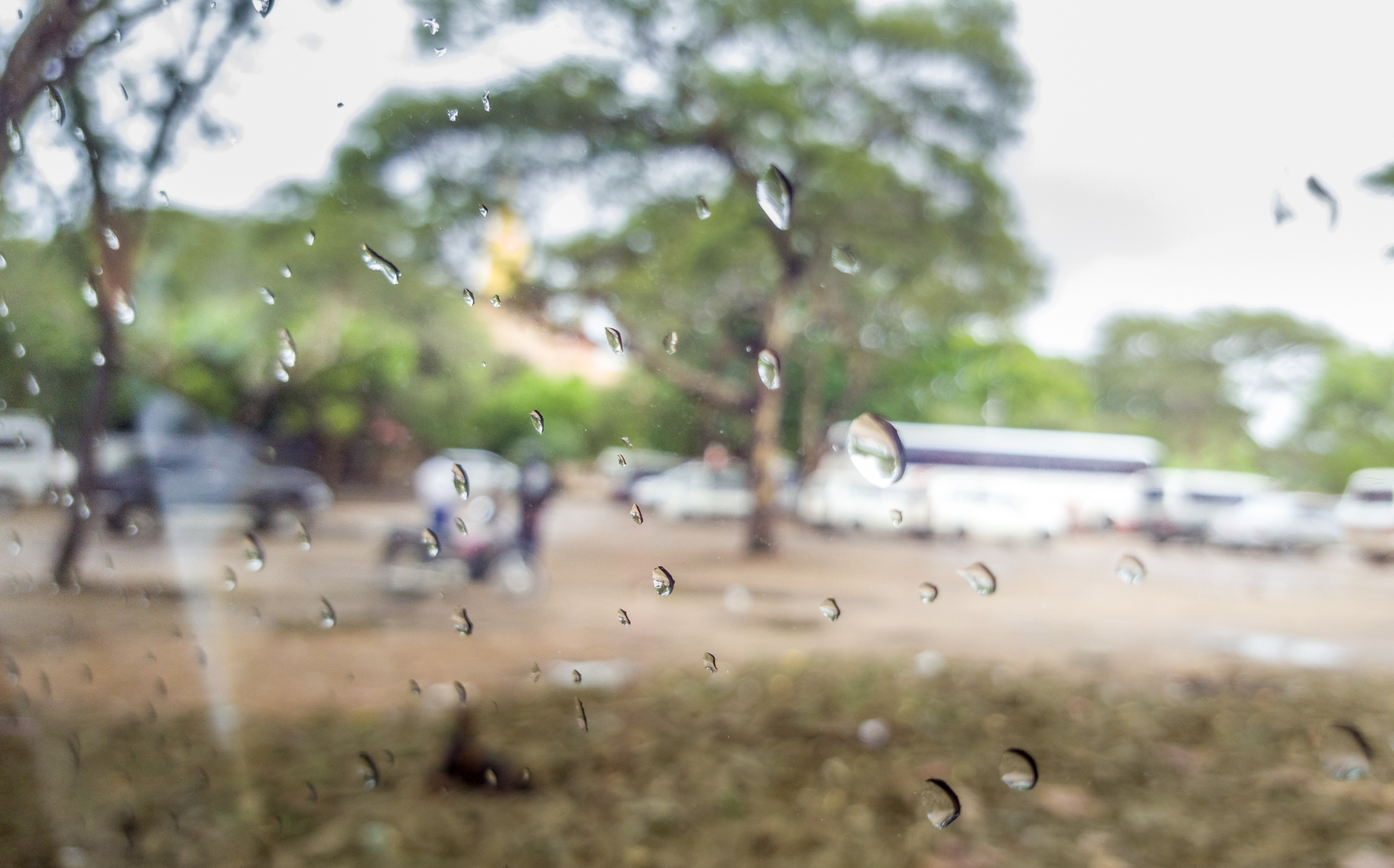 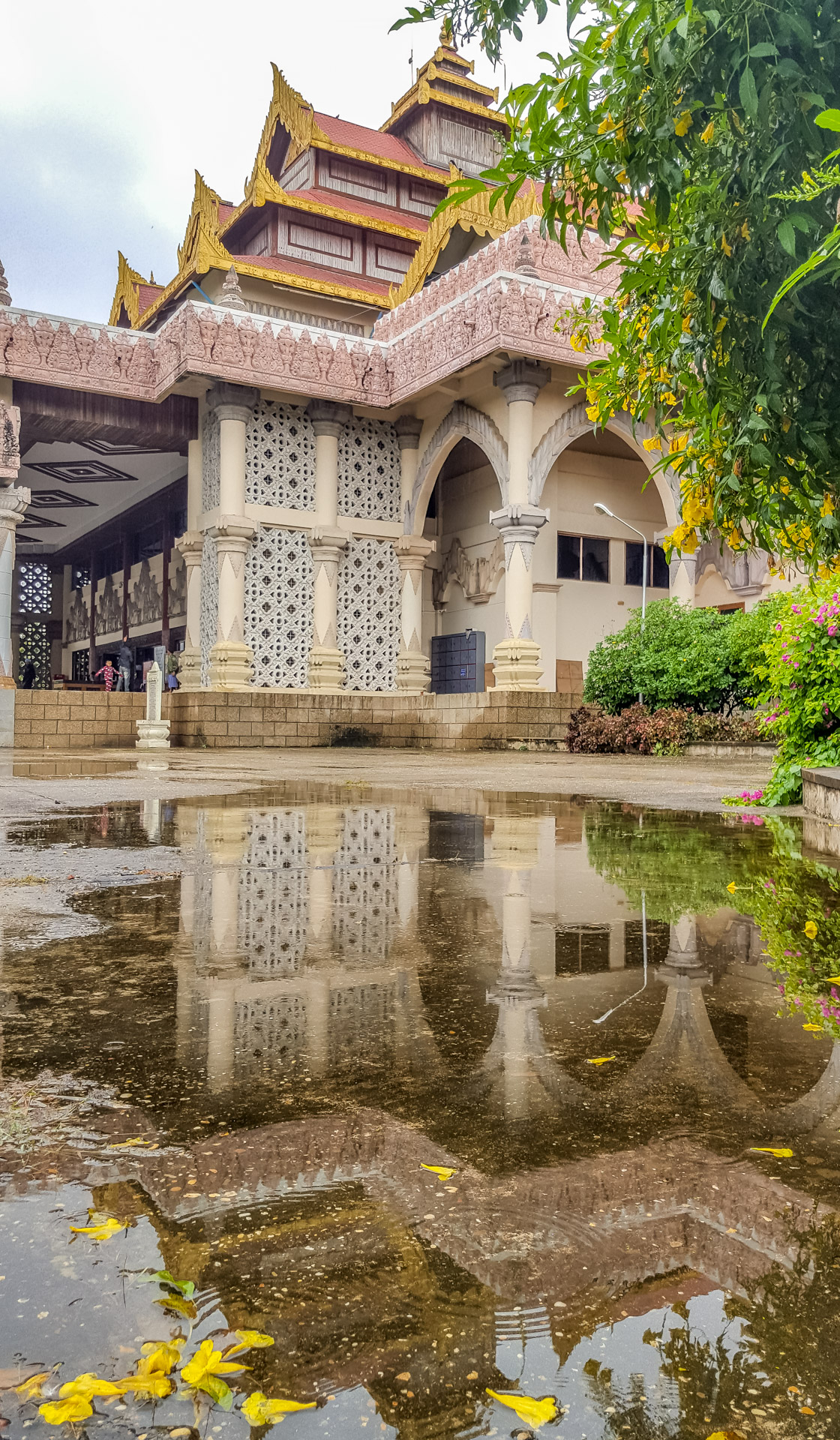 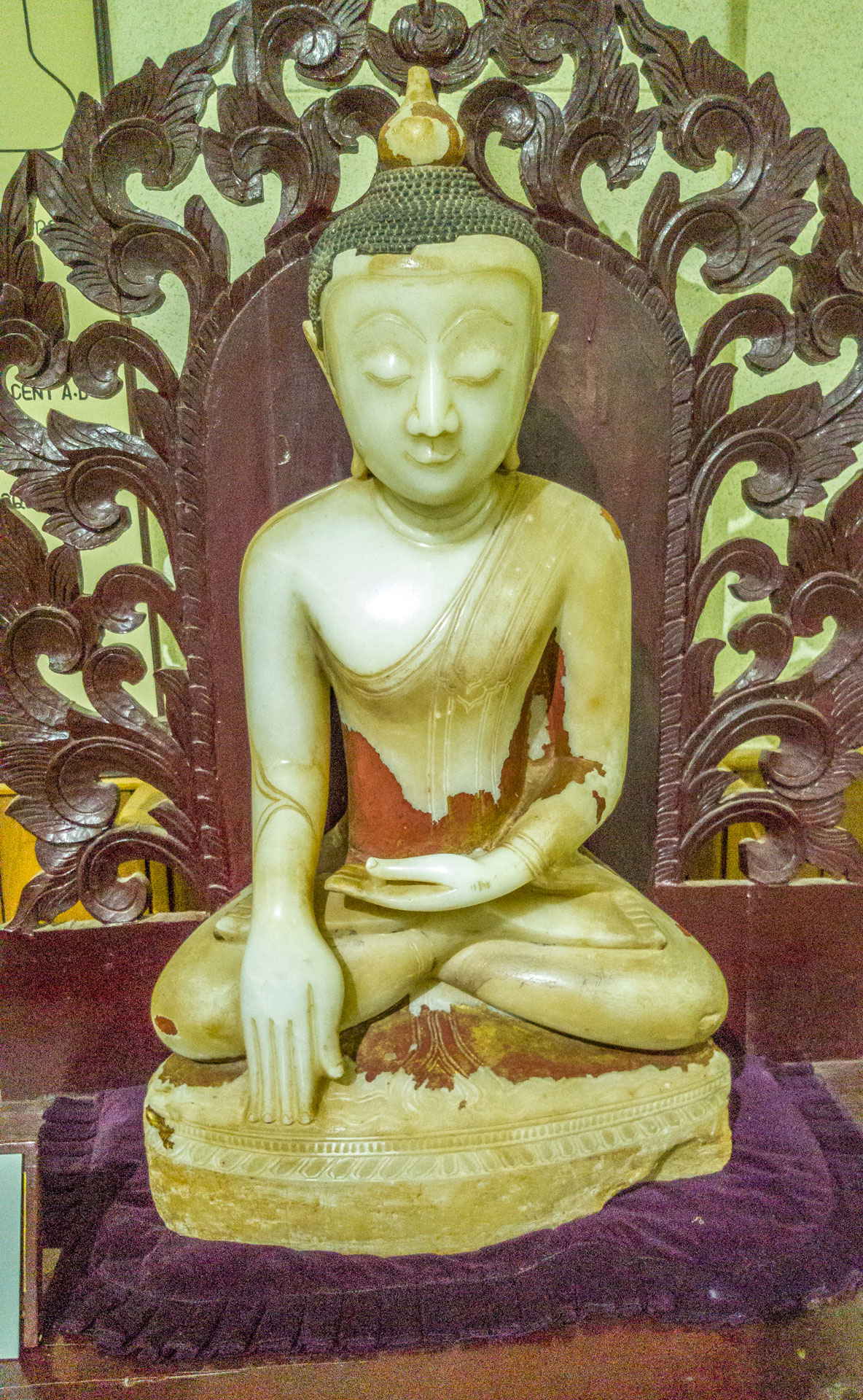 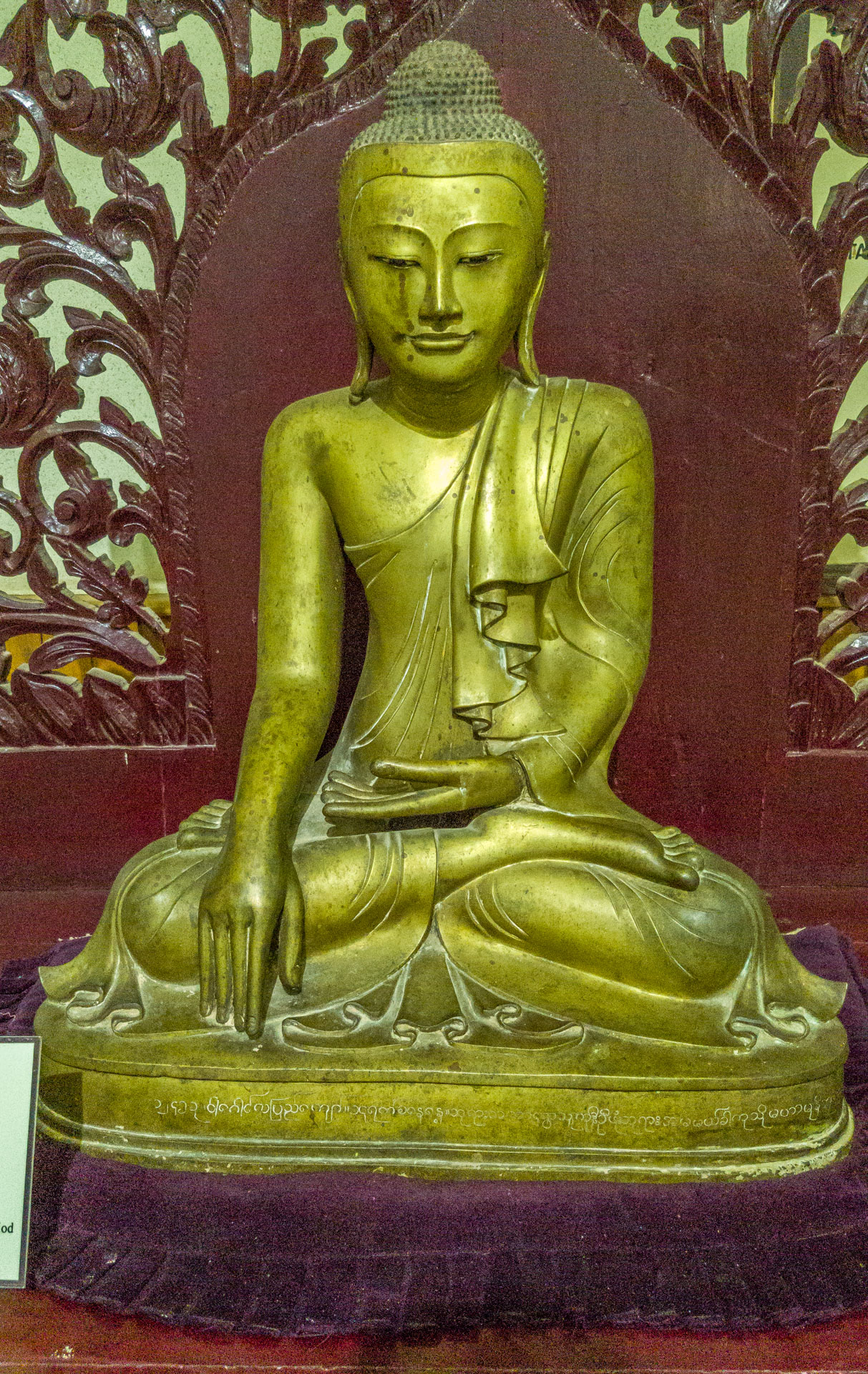 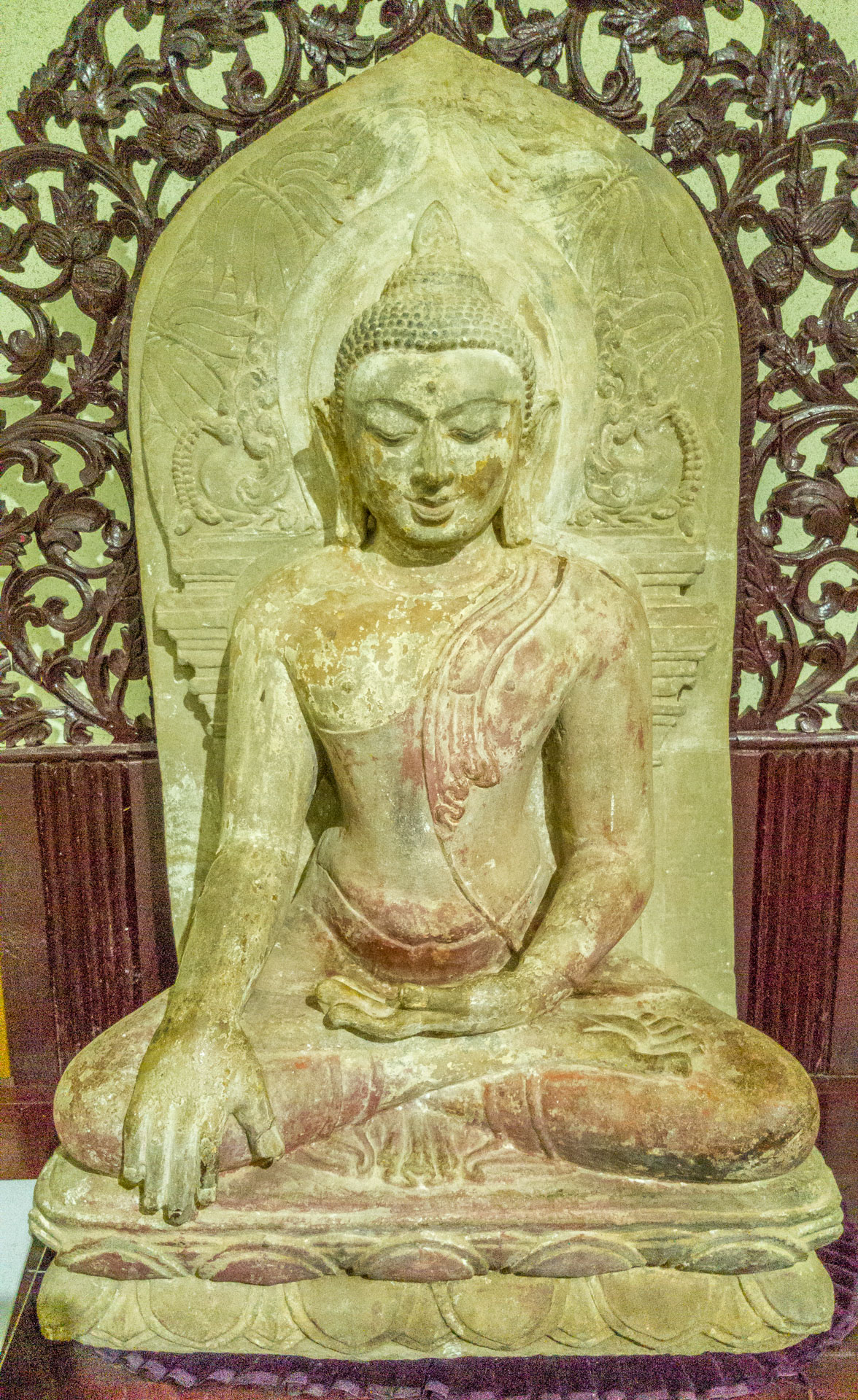 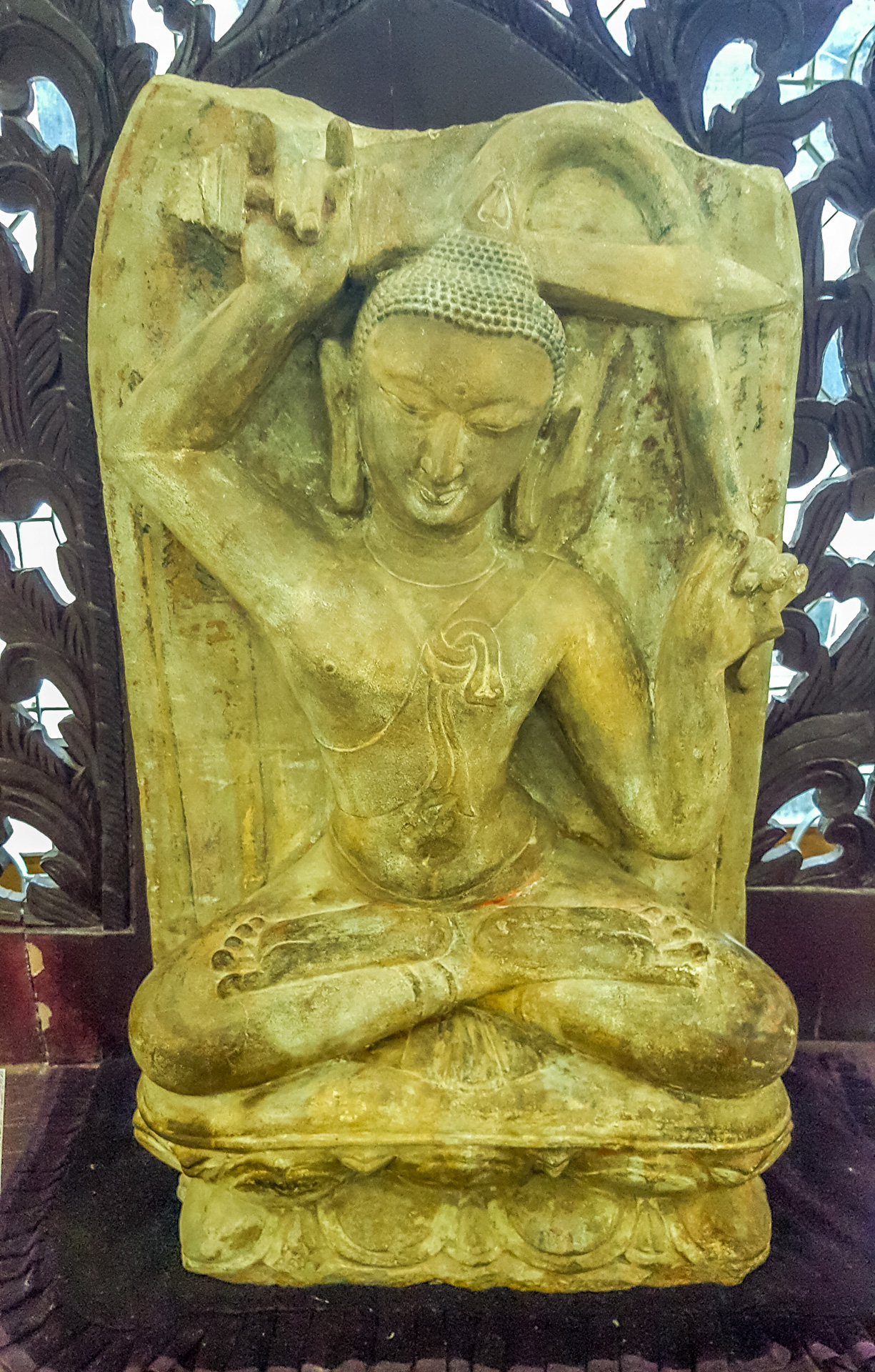 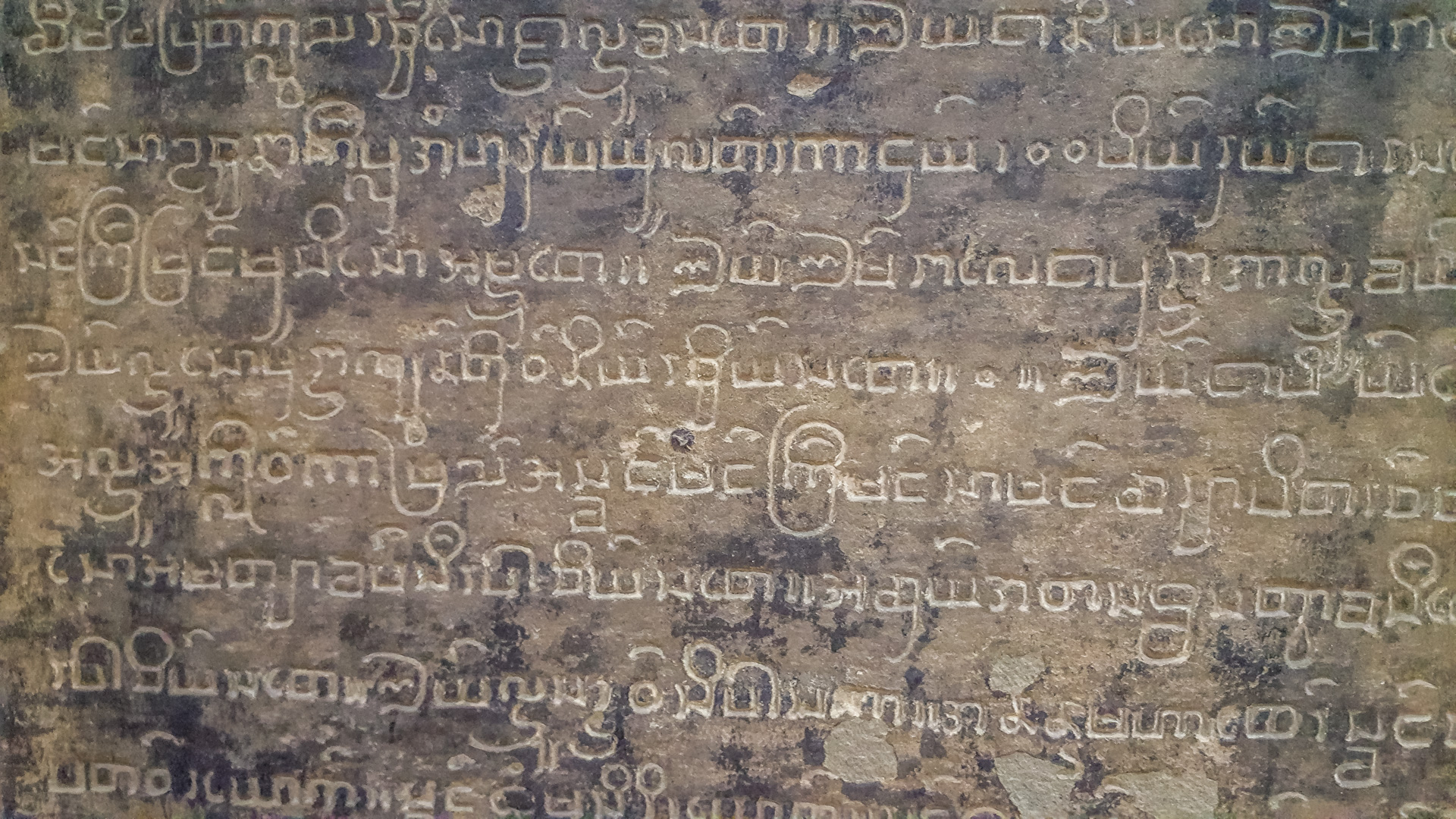 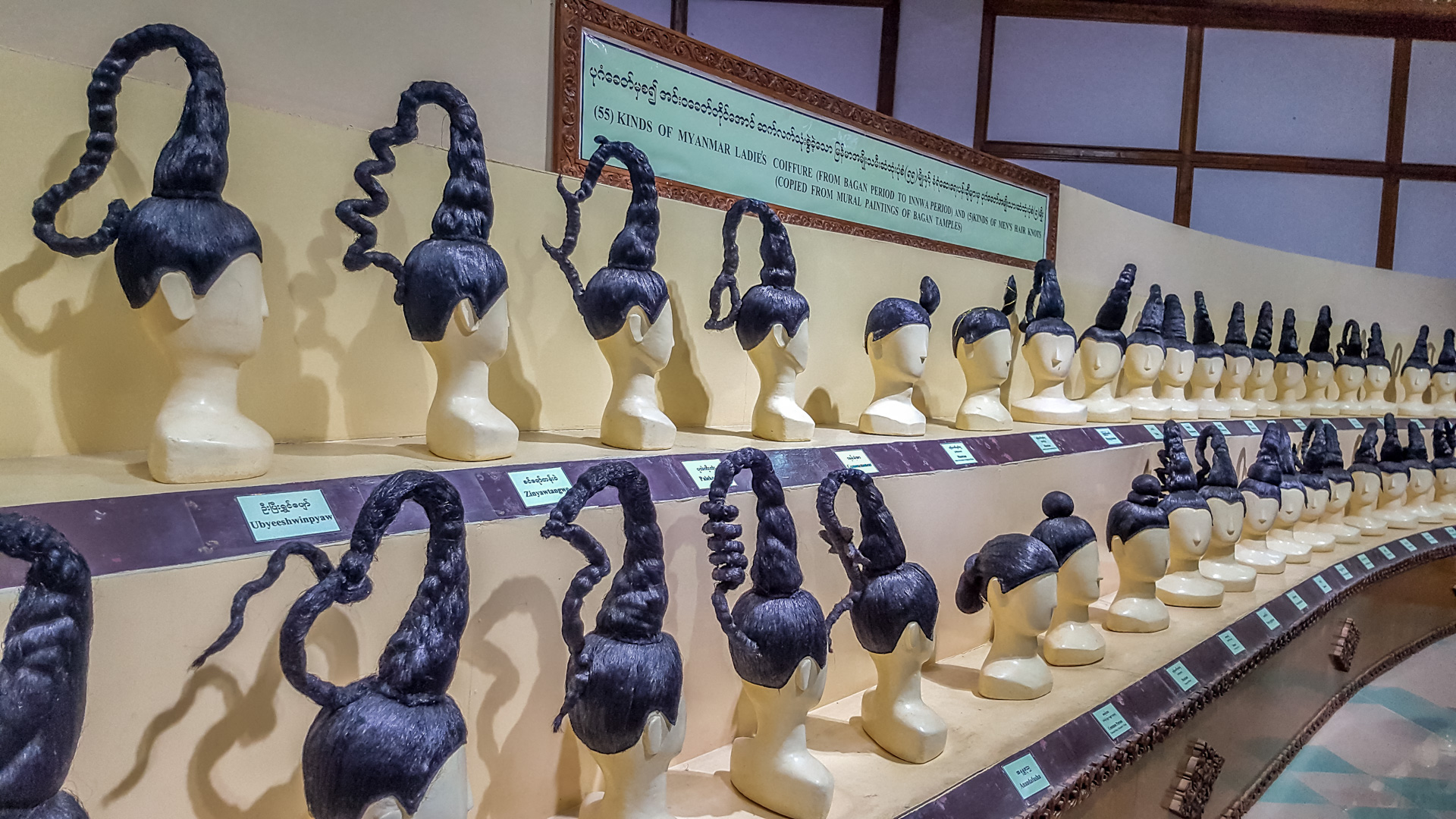 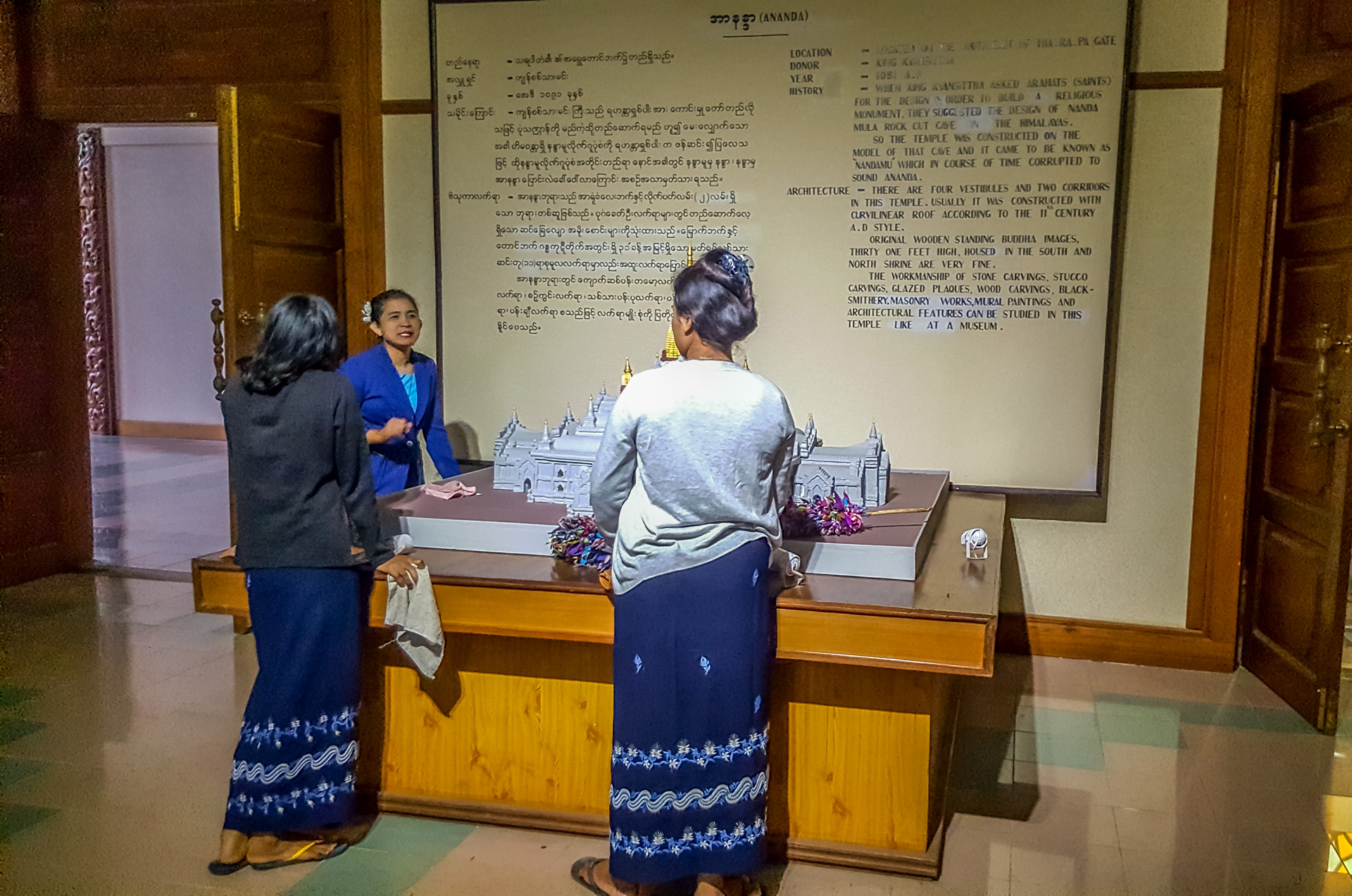 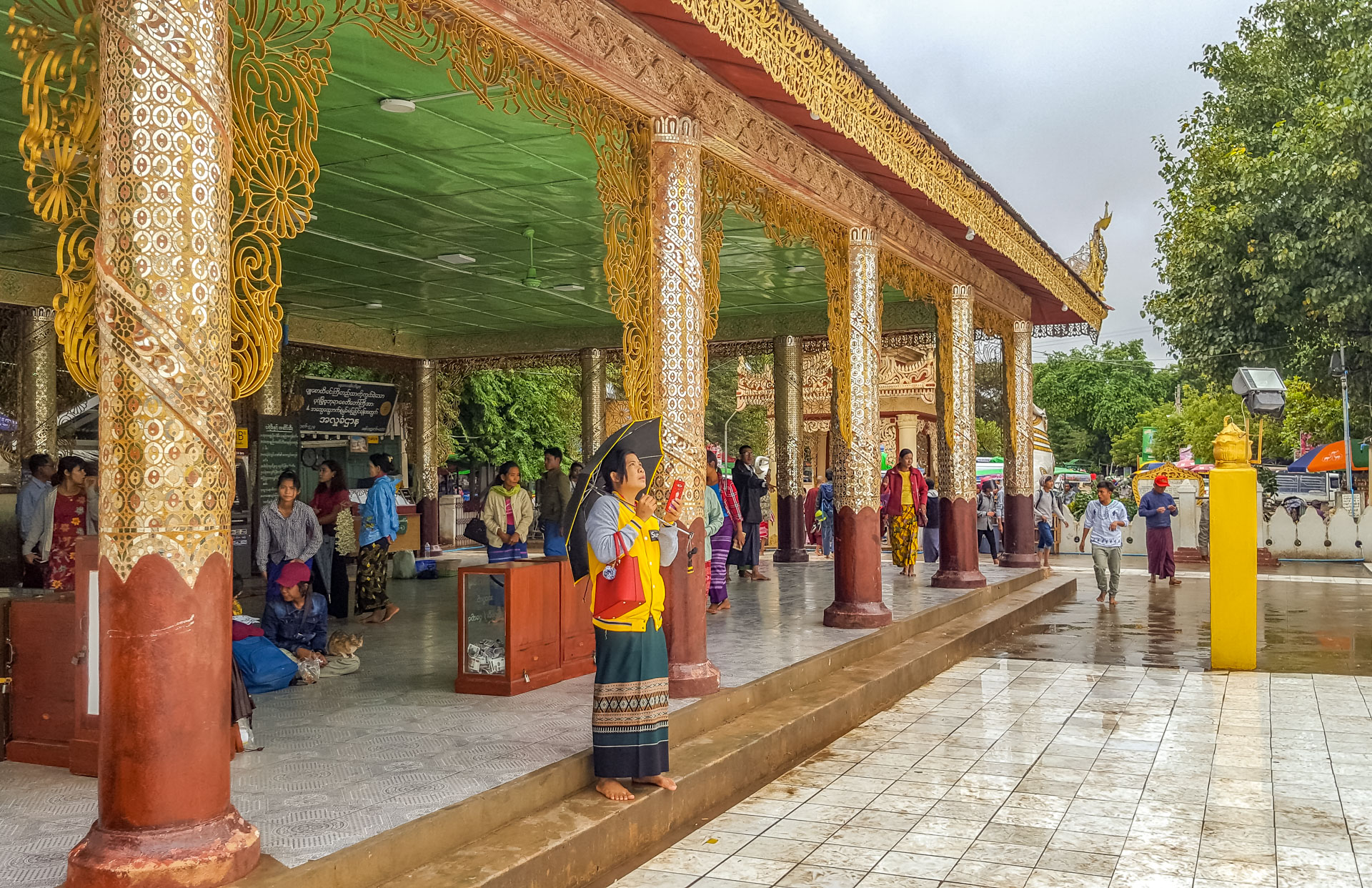 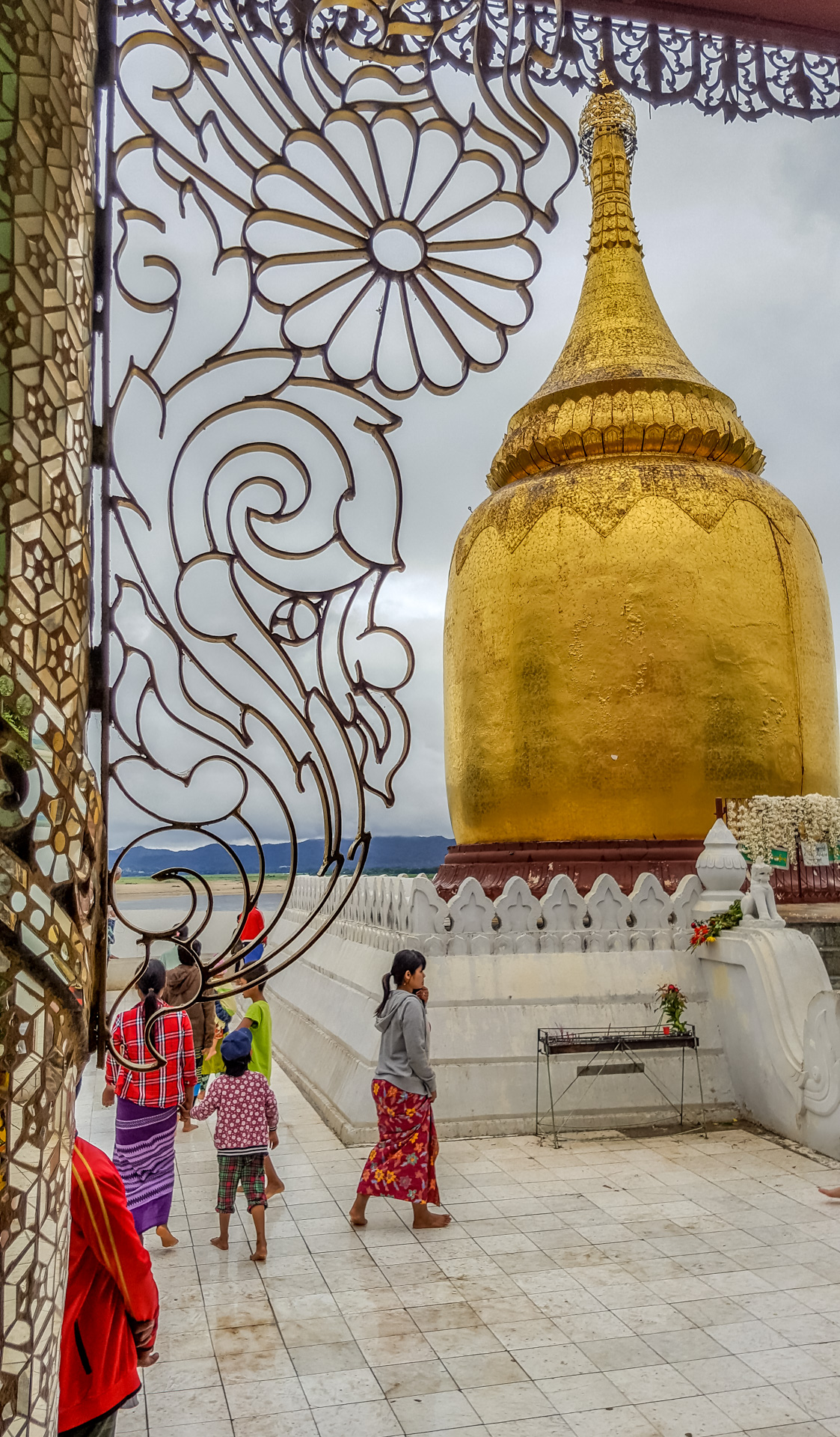 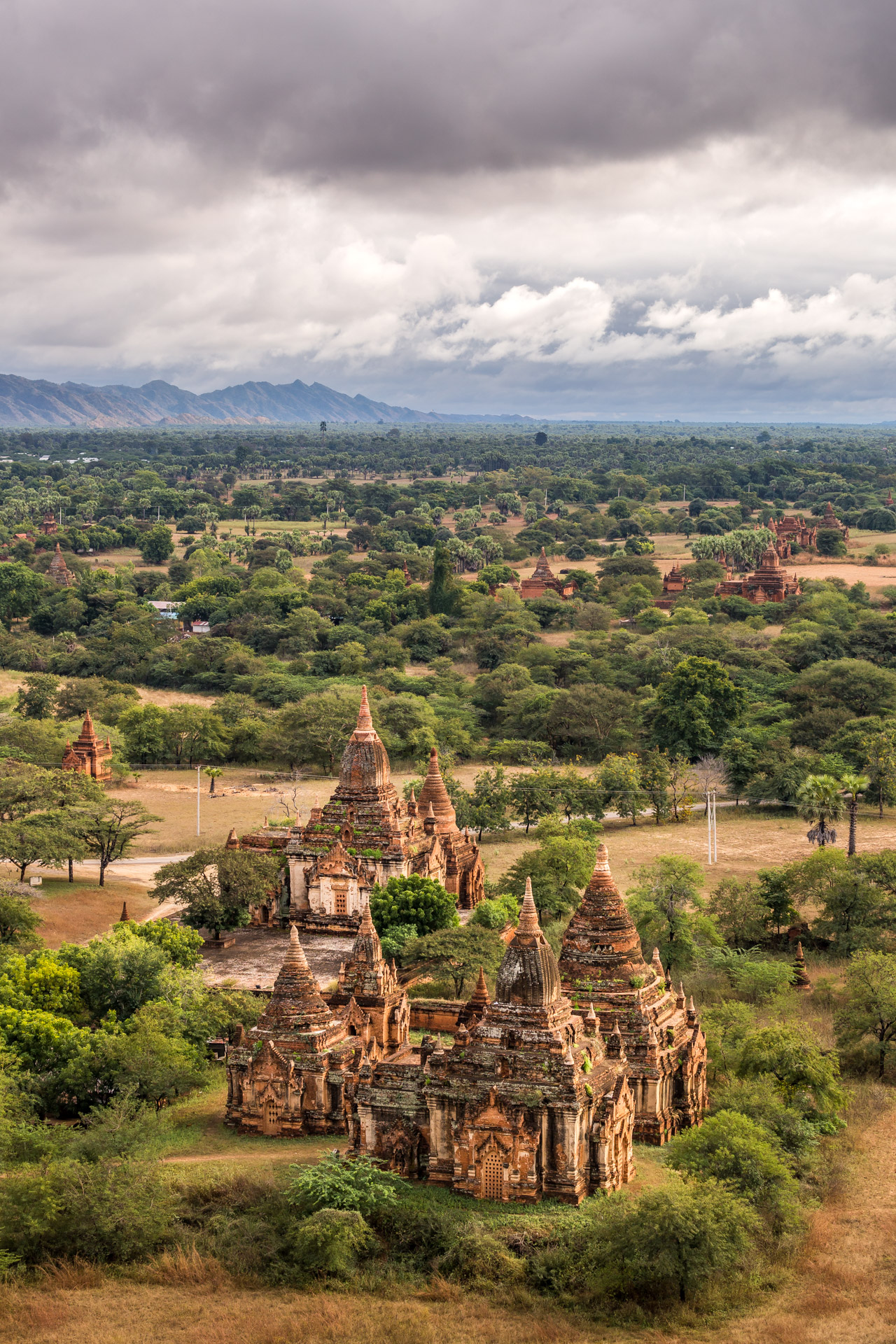 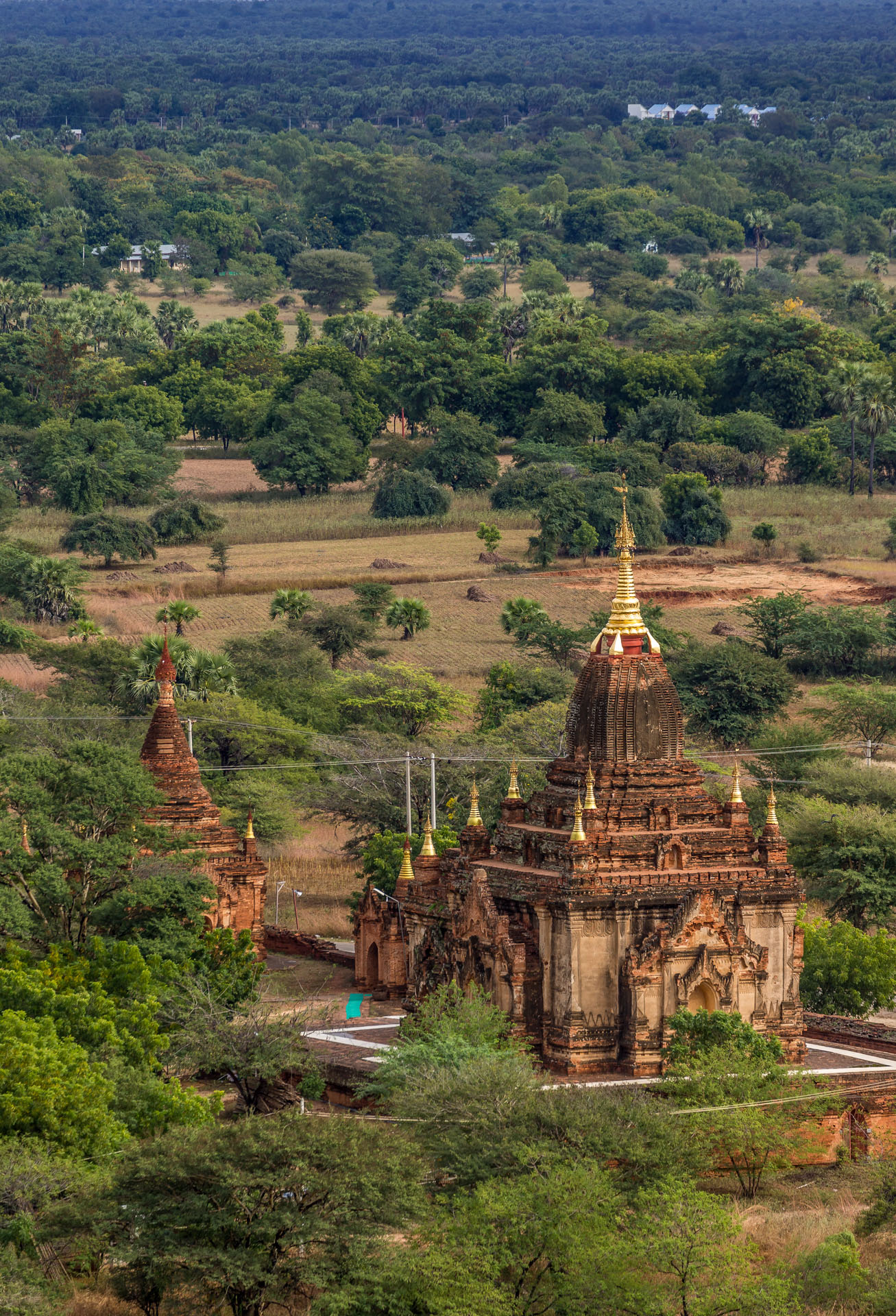 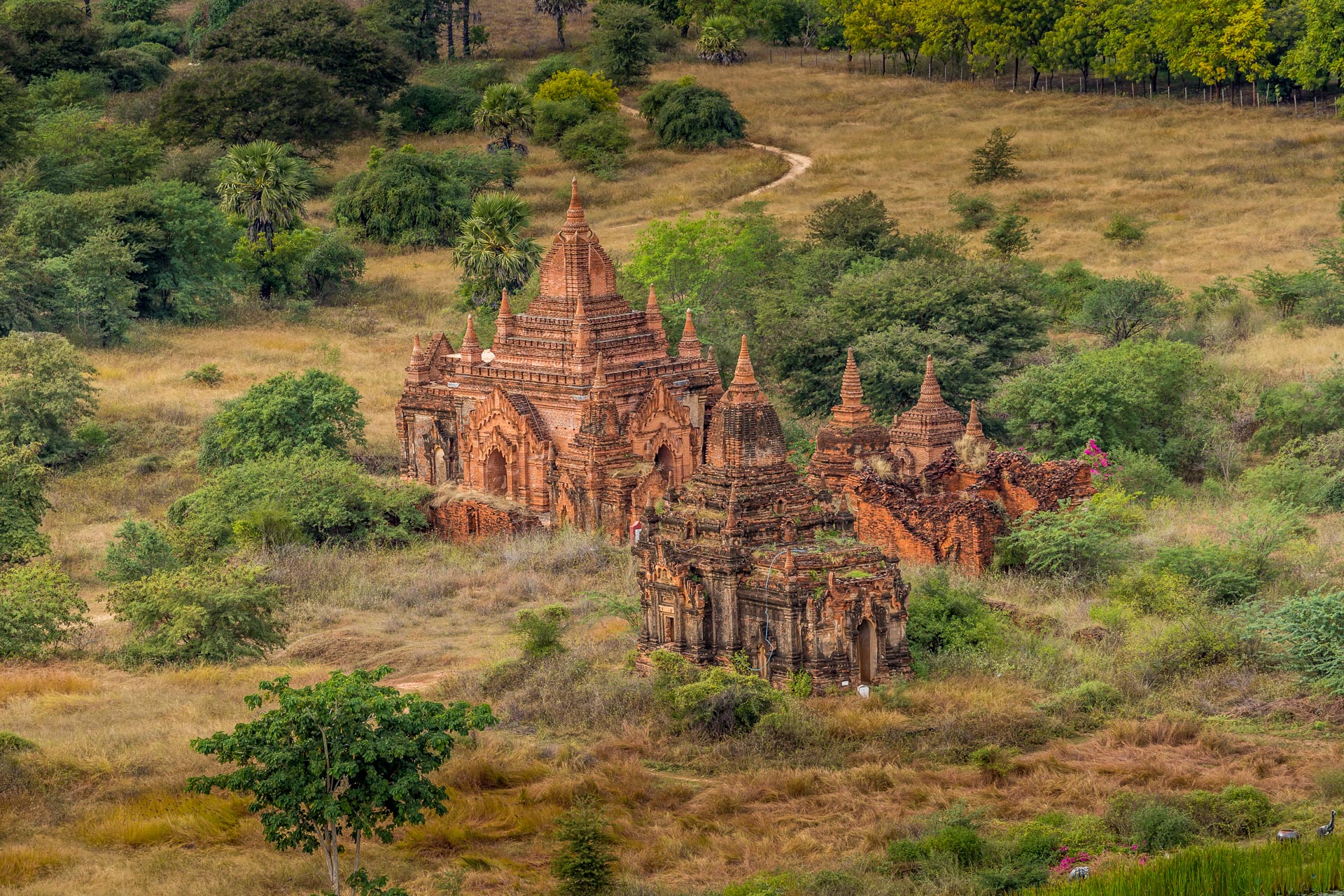 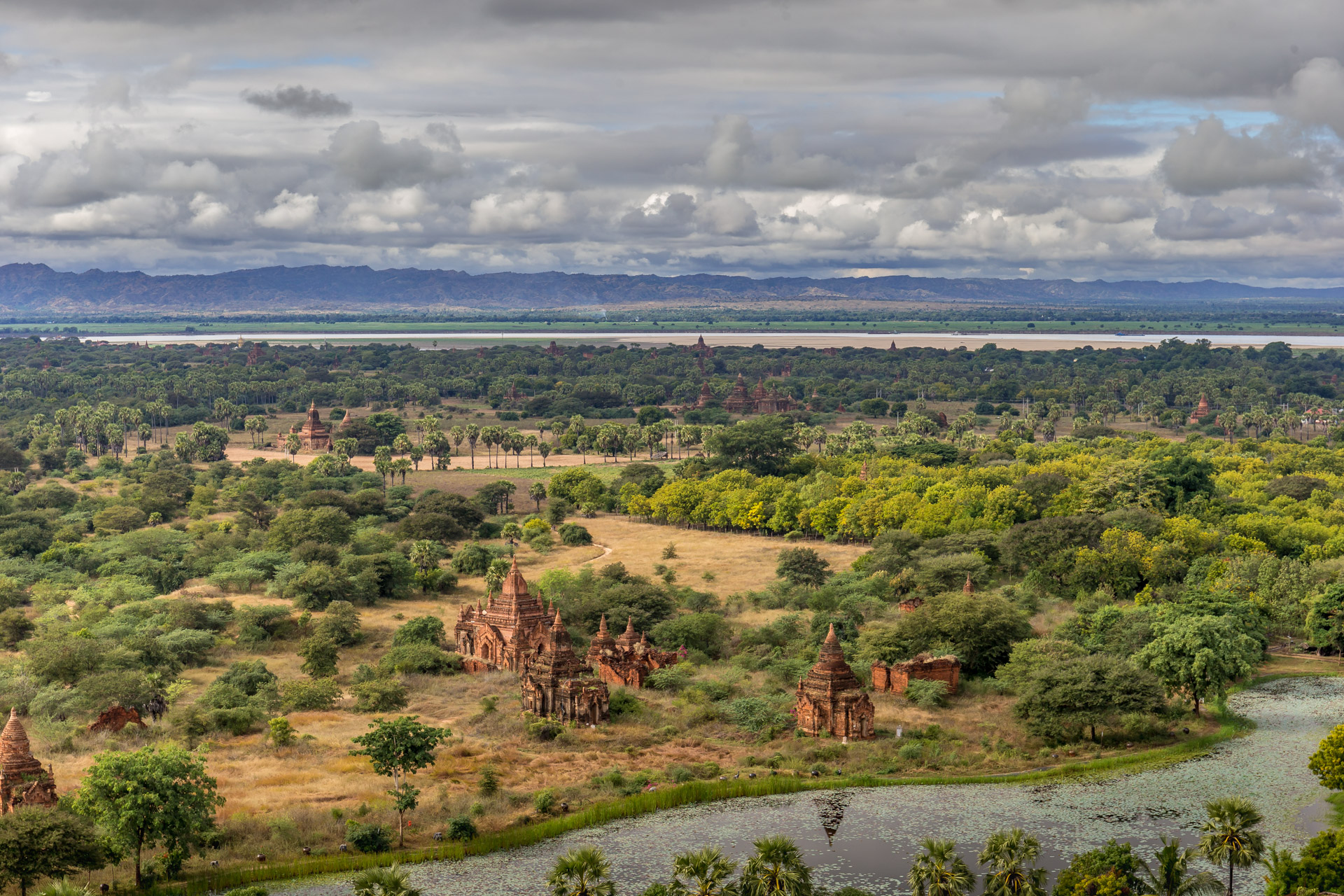 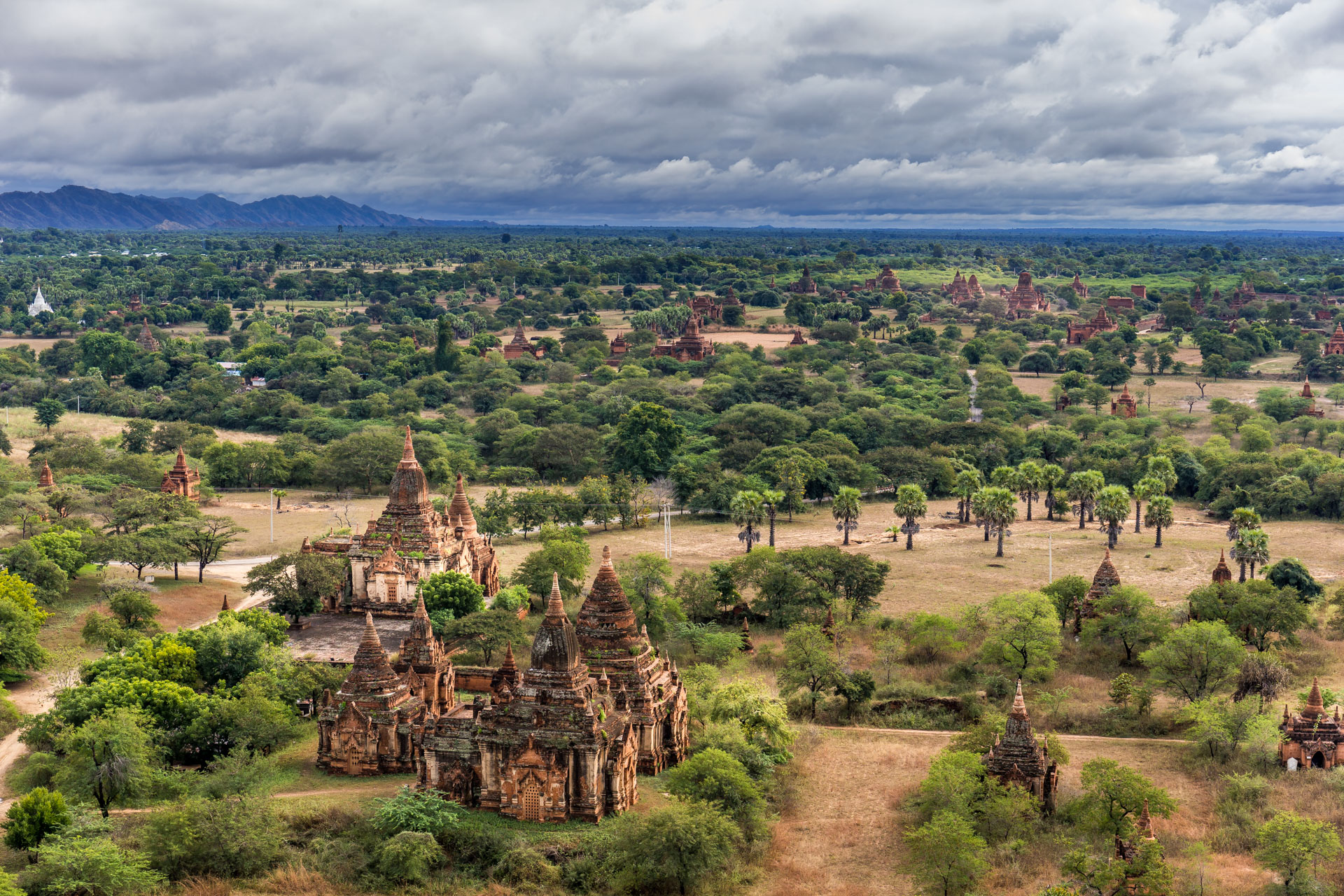 The third day of rain here in Bagan does not offer a ton of options what to do. We had to cancel our three hour horse ride as it was pouring down.

We decided to give the Bagan archeological museum a try. At least it would be dry inside – so we thought… After a lazy morning we made our way to the museum. It looks like a mix of a huge hotel and a palace made of corrugated iron. It only cost 900k to construct. Seems that this was not enough as everywhere inside we had to navigate around buckets and rugs to catch the dripping water.

Off the massive central lobby hall, the museum has huge exhibition rooms, with plenty of space still to fill. From the architecture and construction techniques to the arts of wood carving, stone masonry and paintings. We walked through two storeys full of Bagan’s history. Different ages and shapes of Buddha figures were explained all dating between the 11th and 13th century. Bagan once was a king’s capital and residence before moving to Amarapura and Mandalay. Interestingly most of the visitors were locals and only few foreigners.
We saw intricate brass sculptures, one a lotus flower / bud with movable petals. In each petal was a delicate Buddha sitting inside.

Quite amazing. Dated back to the 11th century. Most of the artefacts have been salvaged from the surrounding temples and pagodas, and many must have been stolen and sold illegally. Even when we visited Ananda temple, someone walked up to us and tried to sell us a broken piece of some temple artefact. Quite sad to see. The outside of most temples is quite stripped bare of and stone carvings as most are not fenced in and easily accessible for everyone.
Another interesting exhibit was the one of the former hairstyles worn by the ladies at that time. 55 different styles. They must have woven some wire in their hair, as there were some shapes, impossible to achieve without it or without hairspray.

Miniature models of the most famous temples and pagodas were on display and duly cleaned by three nice local ladies the old-fashioned way. With duster and dust cloth. Very efficient and hands on.

After about two hours we left and drive by an unusual shaped golden domed pagoda we had not seen before. Bu Paya is an egg-shaped pagoda unlike the others we had seen and the nicest thing was the river view as it lay high on the banks of the Irrawaddy river overlooking the vast river bed with its many colorful excursion boats.
Unfortunately, the rain had drenched the ground so much that even the small stream river beds were starting to carry water again. And here we have to describe one of the few unpleasant sides of Myanmar. Plastic trash everywhere. It seems despite a few bins standing around many Burmese don’t care where they toss out the trash. A habit that probably formed when all was carried in baskets, pots, buckets and other reusable or degradable containers. Peels and food remains were just tossed out and eaten by the animals. Nowadays everything is packed and carried in plastic packaging and bags, and unfortunately, they are tossed out just as much. Some areas look downright like driving through a town dumpster. Never once did we see any sort of town trash collection outside Yangon. We can only hope that the Burmese people get a grip on this bad habit. Or spend some of the archaeological permit fees on the cleaning. Best would be both. Otherwise their lovely country will look like a landfill in no time. But enough of the bad things.
We decided that after three days it was time to say good bye to Bagan in the rain. We’ll be back in the sunshine next time! Bags packed, a quick lunch at a market to-go and we headed out to our next destination: Mount Popa.
Just as we left Bagan in the afternoon, driving one more time though the amazing temples and pagodas that lay scattered by the dozens on either side of the road, the sun decided to give us one last little wave of good bye. 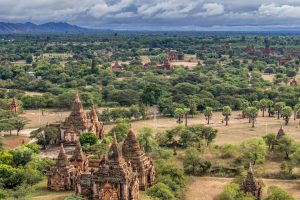 The first appearance in three days to show us, what it might have looked like! Since climbing on the pagodas is not allowed anymore since November this year, we took the chance and made one last impromptu stop at the highest tower in Bagan. Not one of the old temples, but a newly built quite ugly to look at viewing tower. This monstrosity really only had its height going for it. High above the ground one has a breathtaking 360° view of the entire area and now with a little bit of sunshine the whole magic and grandeur of this ancient kingdom with its 2.200 old buildings is revealed.