Getting acclimatized in Leymebamba – Day 5 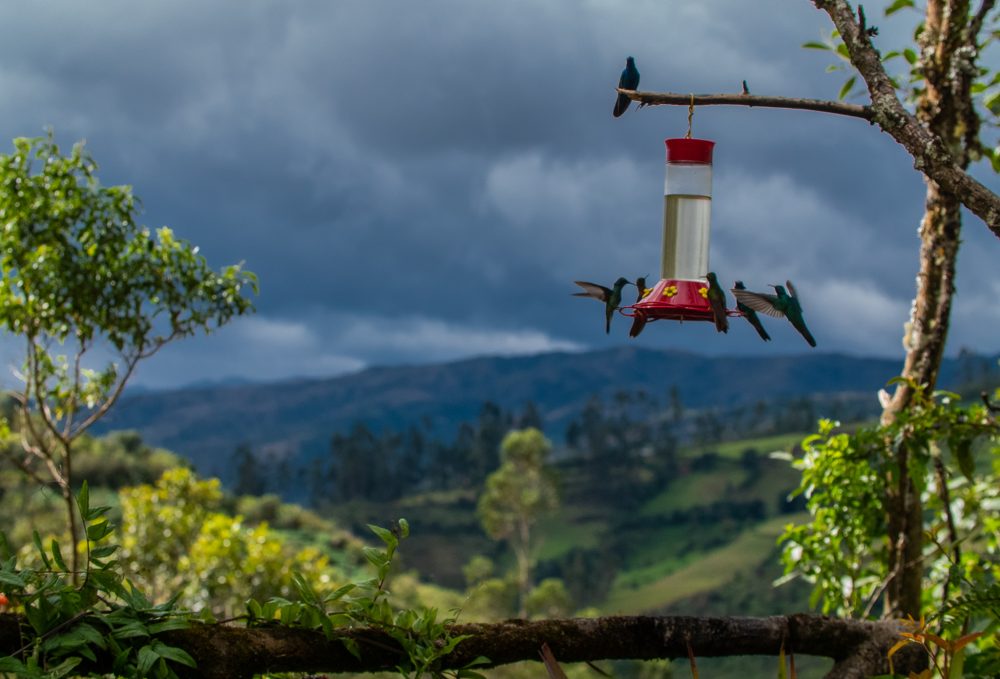 After a nice and quiet night, we were woken up way too early by a pair of mobbing roosters, that produced 100+ decibels of noise. Usually one does not think of dinner that early in the day, but boy! we certainly wished that dinner plans included roasted rooster in the evening.

While some of us had a lazy morning, sorting hiking gear out, others were already out and about getting acclimated to the high altitude. After a simple breakfast of eggs and hockey pucks (round hard bread loafs) we proceeded to sort out our footwear for the long hike, mostly done in knee deep mud (so we are being told). Hence that footwear consisted of the good old fashioned rubber boots with good hiking socks. Most of our group found suitable pre-owned footwear right at La Casona. Jih-Ho of course picked a pair that was used for spider housing in the past and decided a brand new pair was in order.

We set out to the town center in search for boots, but all suitable shops were closed at the time. Leymebamba is an old Inca settlement. The town center is a pretty open space and most of the shops, the police etc. are lined up around it.

Later in the morning we set out on foot through town towards the museo de Leymebamba. Here is where most of the recovered mummies and arte facts taken from the recently found Chachapoya tombs are stored and can be seen.

In the Late 1990’s, by sheer coincidence, a group of local cow hands fell upon a series of Chachapoya tombs, hewn into the cliffs of sheer mountain walls. They then proceeded to ransack and loot them, taking all the valuables and destroying hundreds of mummies doing so. Luckily through their own carelessness, it became known in Leymebamba what had happened and brave, fast acting locals went to the tombs to protect what was left. The archaeological community was outraged at what had happened and funds were collected all over the world to start properly extract, store, investigate and preserve the mummies and their tombs. The museo de Leymebamba was built to honor and house what is widely regarded as one of the greatest archaeological finds of the 20th century. This find changed the importance of Leymebamba drastically.

We walked a pleasant 40 min walk up the hill to the museo and fell in love with one of their living furry residents, a baby alpaca. So cute when little, they spit when they don’t like being approached.

The exhibits were very interesting and lovingly done. We were the only visitors at the place and could take all the time we wanted to stroll through. The mummies were very well preserved and many are actually still enveloped in their original gauze and canvas wrapping.

After a shopping spree in the little museum shop, we were all ready for lunch.

Directly opposite of the museo was the Kenticafé, part of the Hummingbird Inn in Kentitambo. The Inn absolutely deserved that name. We saw many hummingbirds feeding on feeders and flying about with their beautiful colors shining in the sunlight.

Blue and green ones, red and orangy ones, larger and smaller ones, we saw all kinds of hummingbirds. Standing barely three feet away from the feeder , we could see them up real close and a foto battle of the best hummingbird shot ensued…

We had a delicious home made pizza lunch with fresh salad with the most beautiful view over the valley. Sun and rain within minutes of each other let the surroundings glisten and shine in a million colors. We spent a long time chatting with each other and just marveling at nature. What a peaceful spot!

After an excellent slice of cake and coffee we wandered back through fields, picked up some beers on the way home and even got the missing pairs of rubber boots as well.

Time to chill until dinner and Pisco Sours before an early night.