Discovering the heart of Lima, Day 3 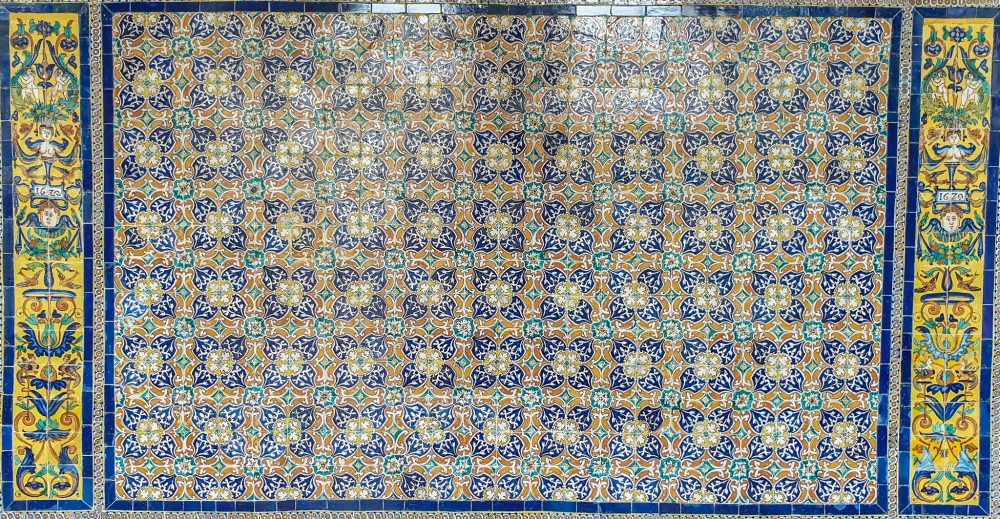 Esther really felt that after all this great food, some physical exercise was in order. So on Sunday morning, after a very nice breakfast with some of the Hatun Runa team, we set out to explore the high cliff walk and park two different ways. While Esther preferred to run, Chris wanted to try out the micromobility revolution by using one of the green electric scooters to whiz through the neighbourhood. They are standing around everywhere and will soon invade Munich, too. Setting up the app was simple as was using the little racing machines.

Heading down to the sea shore in a happy tandem of scoot and run, we spend a very pleasant and sporty morning along the sea shore. Many Peruvians were already out walking their dogs or doing some sports around the sea shore.

One can only imagine the magnificent view one has from up top the cliffs when (if ever) the sun shines. As it happens always around this time of the year, it was drizzling and grey.

Back at the hotel, with everyone gone, we decided to head into the historical center of Lima and explore the old city on foot. Best way to get to know it. We took a taxi to Plaza St.Martin and here finally we saw the splendor of the old colonial times all around this majestic square. Fine old buildings were restored all around and it looked exactly like in Spain or Portugal – if it wasn’t for the weather.

There’s something odd about the statue. Let’s forget about the chap on the horse for a minute ( it’s Jose Francisco de San Martin Matorras in case you wonder ) and focus on the woman below. She is supposed to be a physical representation of freedom, much like the big lady with the torch just off Manhattan. But she comes with one unusual feature: She has a small llama, perched on her head. While llamas are not uncommon in Peru (estimated pop. of seven million including alpacas), the llama is based on a small but significant misjudgement. The blueprint reportedly requested a female figure of liberty wearing a crown of flame. But, alas, one of the Spanish words for ‘flame’ is – well – ‘llama’. So that’s how Lima ended up with the sculpture of a dignified woman wearing a local mountain animal as a hat.

Walking down a long pedestrian zone, we saw that not all the old city had been restored like the Plaza St. Martin. Some old buildings had been lovingly renovated, but many old buildings are in a state of disrepair, to the point of falling down and being closed off, or have been torn down already and replaced with new, ugly looking buildings. We guessed that there’s not always the budget for maintaining such an old building in it’s original splendor.

Making our way to the Plaza Major, the main square, we heard music coming from bands and people lining up the sides of the street. Turns out that this was a parade of local bands and dancers in traditional, very colorful costumes. We really enjoyed watching the groups perform. There weren’t really many tourists there so it felt like a local Sunday event and all the families on the square enjoyed the performances.

The police was ever present, some of them fully dressed up in riot gear armed with a shield but they really had little to do. Actually they seem to enjoy the day as well.

We walked further north to the old main railway station. Now converted into a library with arts and exhebition, the building is stunning and what caught our eye most was a beautiful stained glass ceiling in the art nouveau fashion. Truly a gem.

Getting peckish, we had a small lunch in the oldest still active dining hall in town. The Cordano dates back to the 1905’s. Don’t expect innovation here! We drank the traditional corn juice with cinnamon flavor called Chicha Morada. The grape juice looking beverage tastes great in small doses and we prefer to dilute it with sparkling mineral water.

As Chris loves Sashimi, he enjoyed one of his many ceviches since arriving in Peru, after all the Peruvians invented ceviche! But next time we will try the butifarra which is french bread stuffed with country ham.

After a nice meal and good coffee which we didn’t take at one of the many Starbucks here in the city but at an original tiny peruvian café (support local communities!), we headed to the monastery of San Francisco.

This yellow complex is fairly large and has hundreds of pigeons which get fed just like in Rome or Venice. Rats of the skies!

The monastery was rebuilt several times due to earthquake damage. It has a very nice inner courtyard and church choir with impressive wood carvings.

The most interesting part though are the catacombs, where more than 70,000 human remains are buried underground. A fairly gruesome sight, especially if the light only goes on, once one is in the middle of those low ceilinged tunnels. Not Esther’s favorite place to spend a lot of time … But it was impressive, indeed!

Last but not least we headed out to Lima’s China town. While it was bustling with locals, tourists were absent and we did not see any Chinese anywhere, neither shopping nor working there. It was really weird walking through a China town without any Chinese…

We took a cab back to the hotel, where we met up with everyone and had a delicious dinner in very pleasant company.