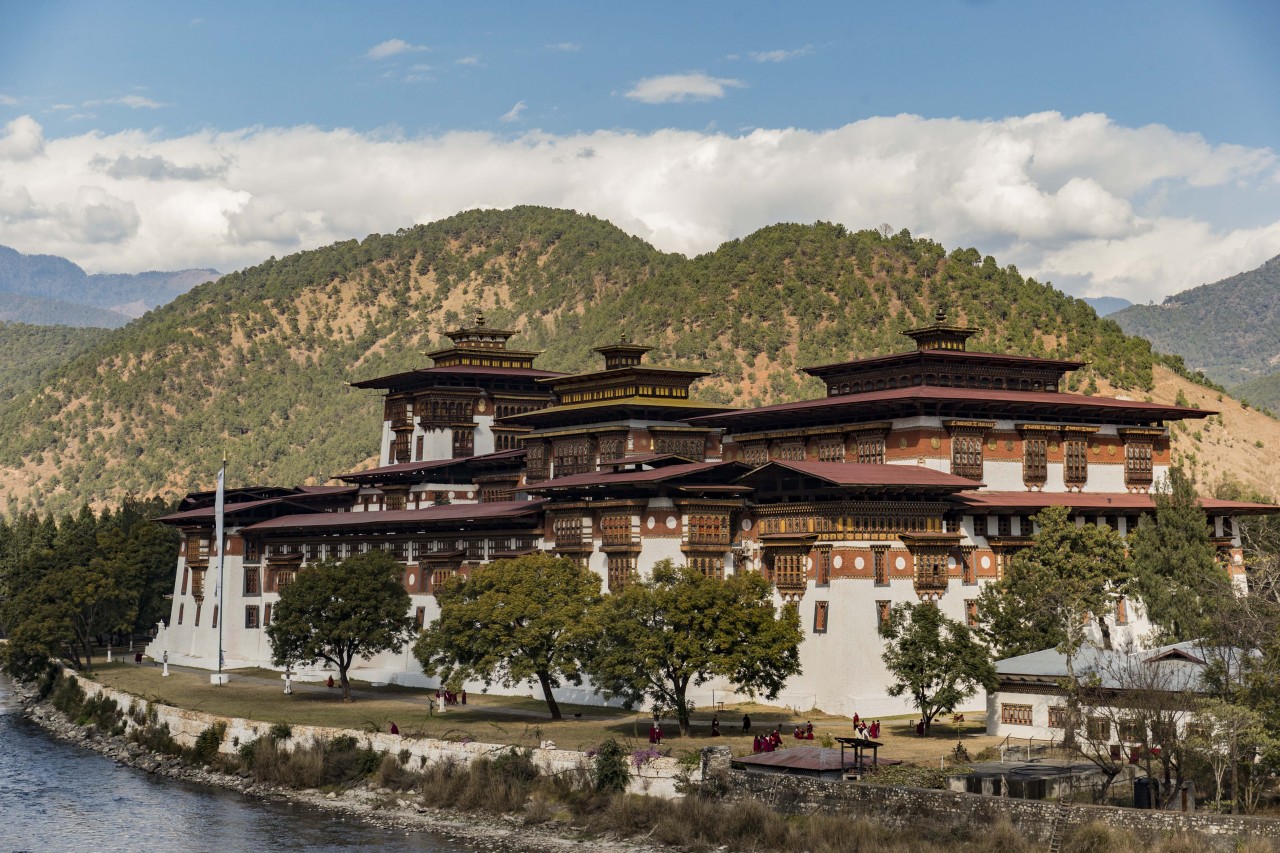 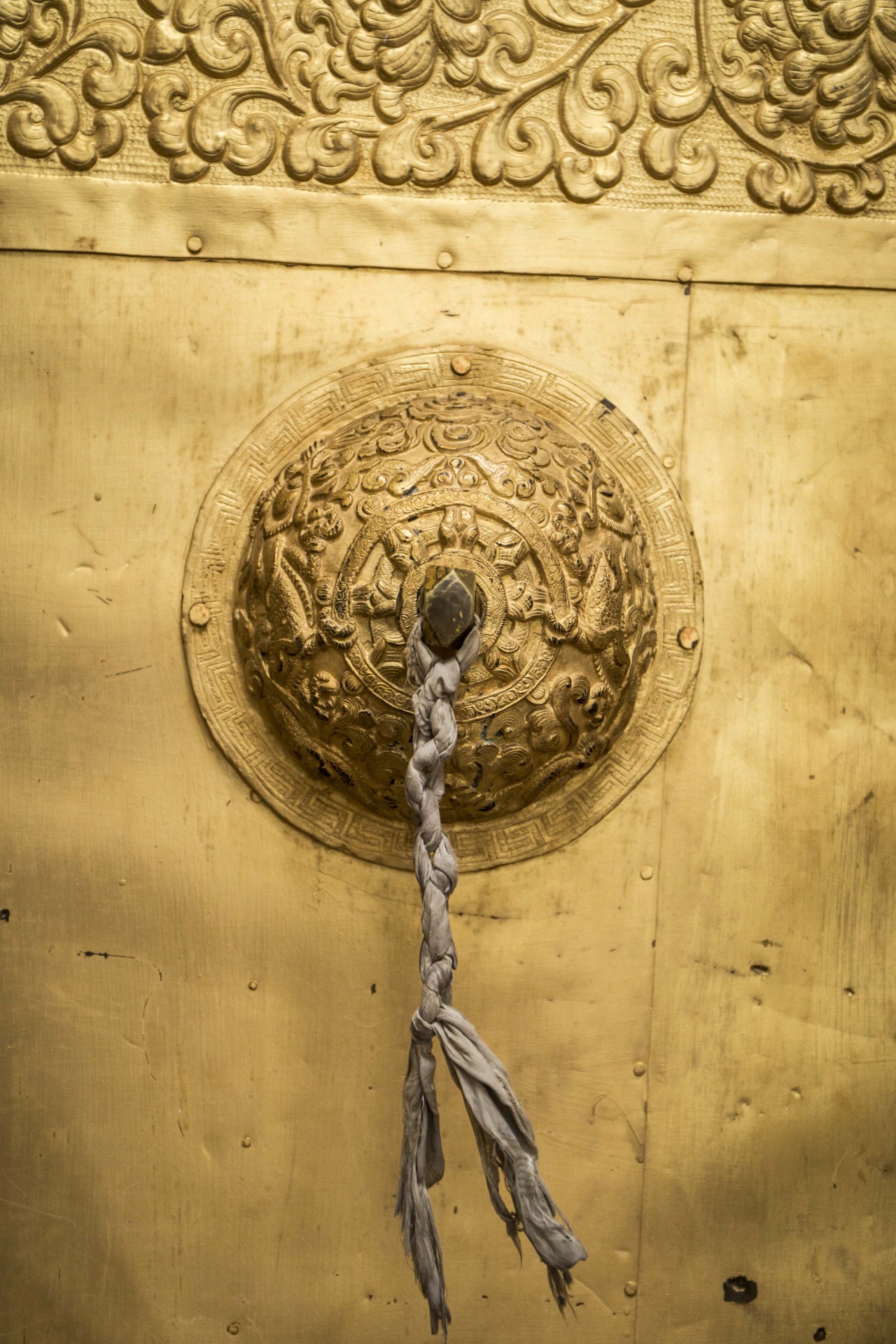 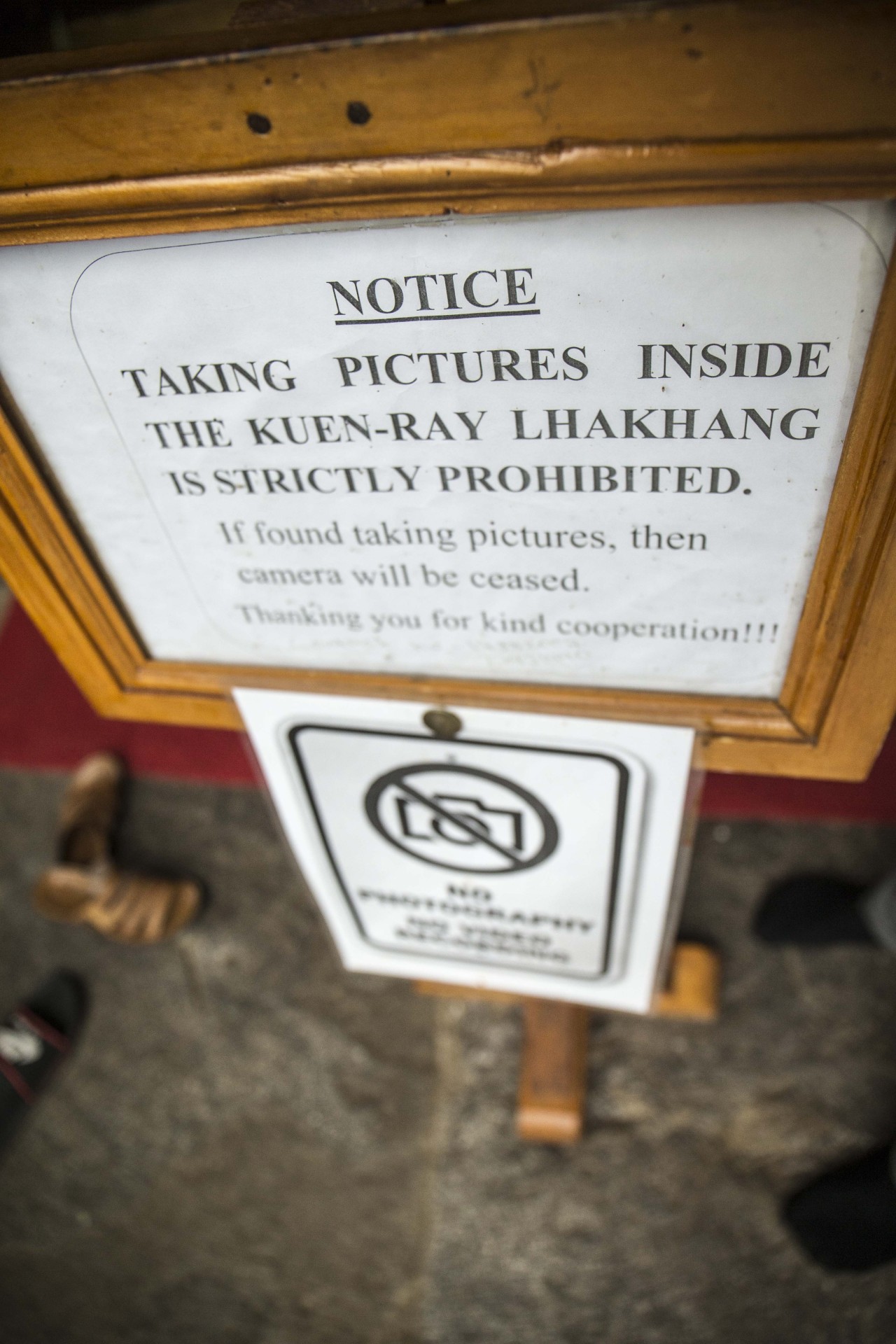 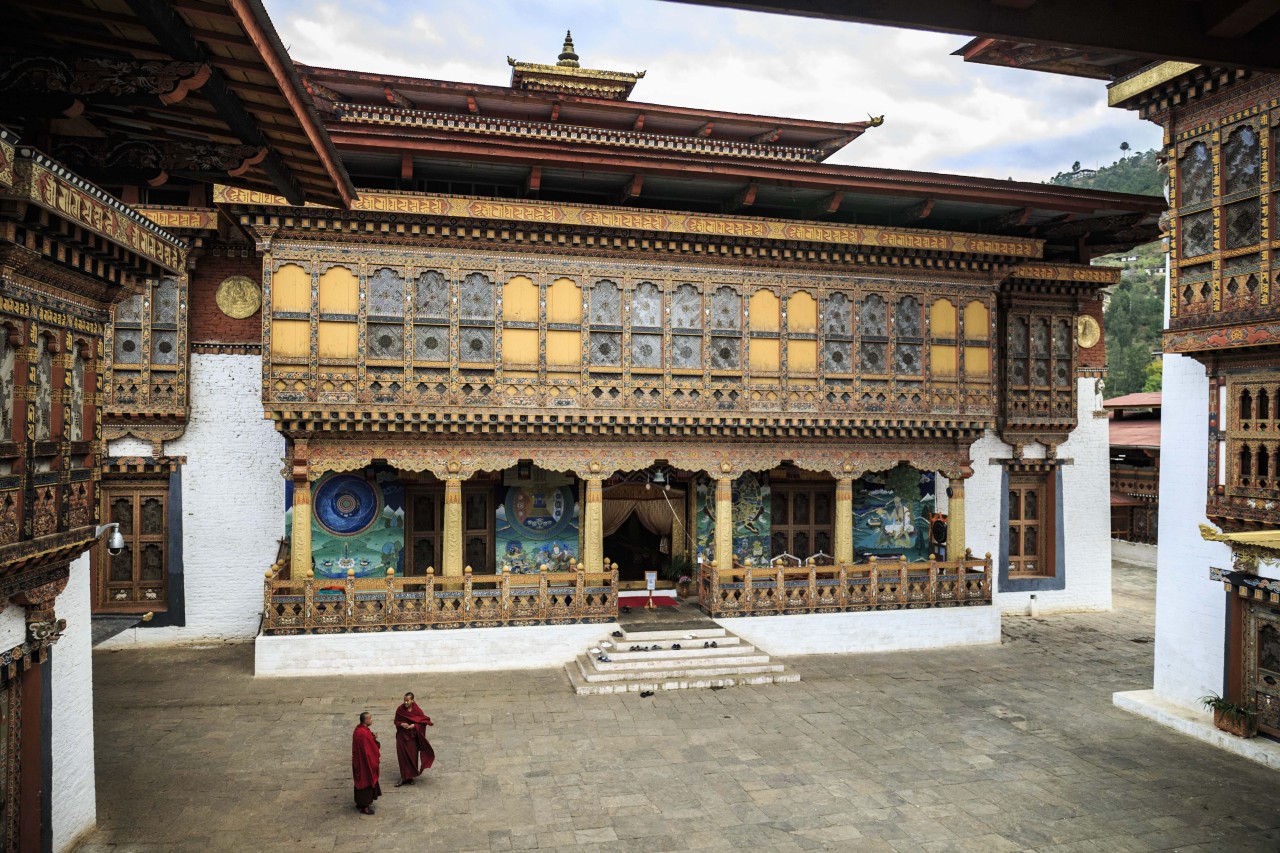 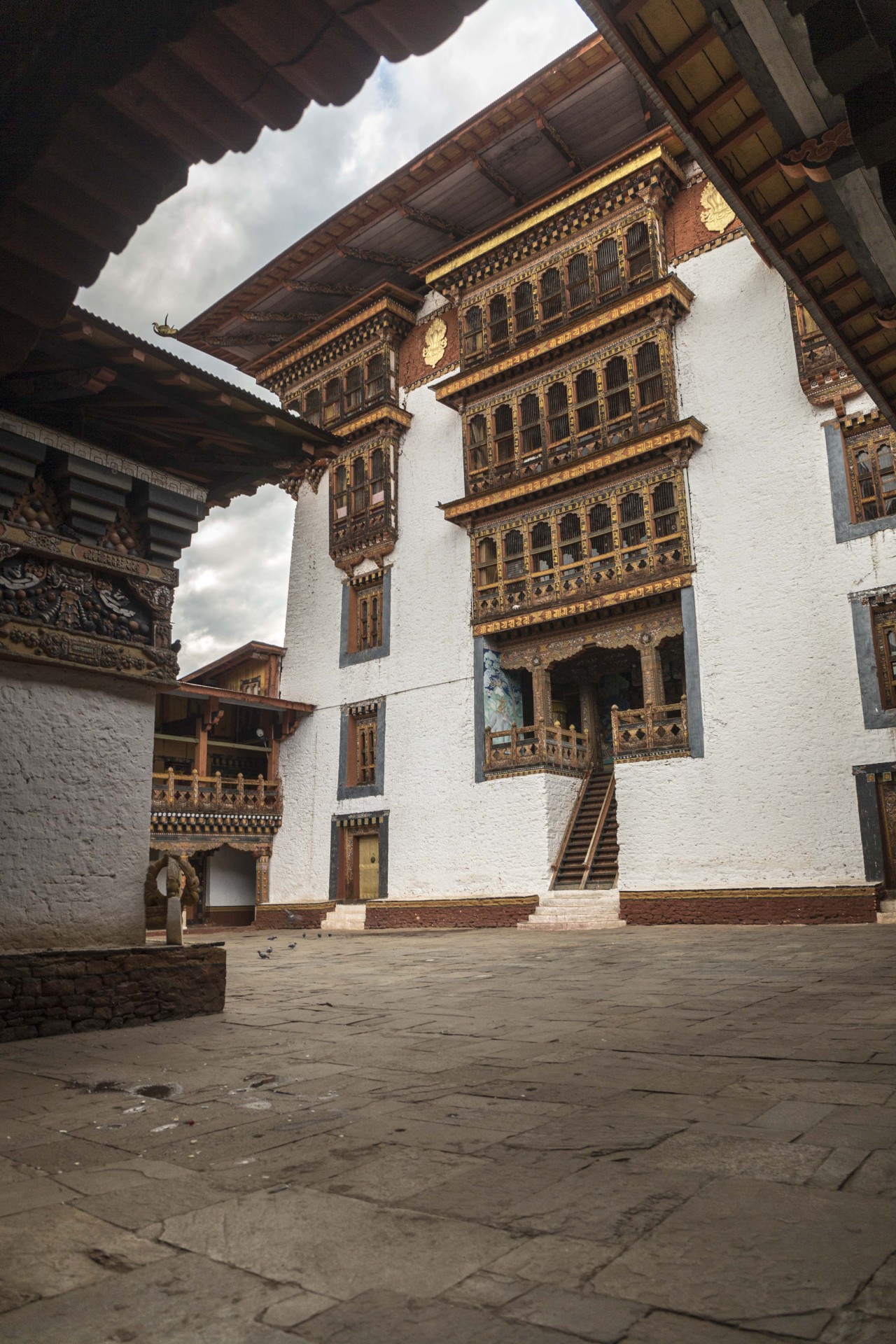 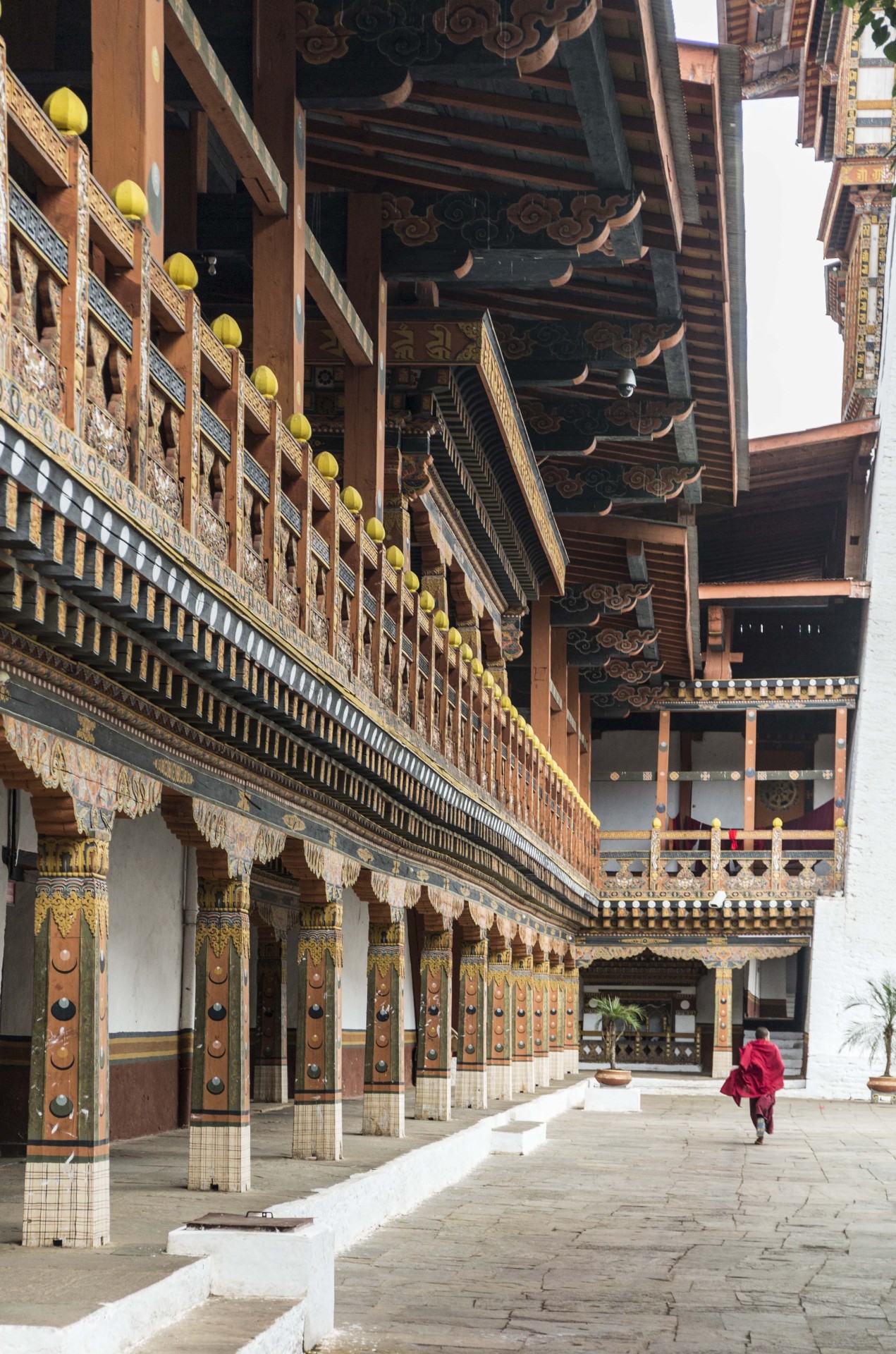 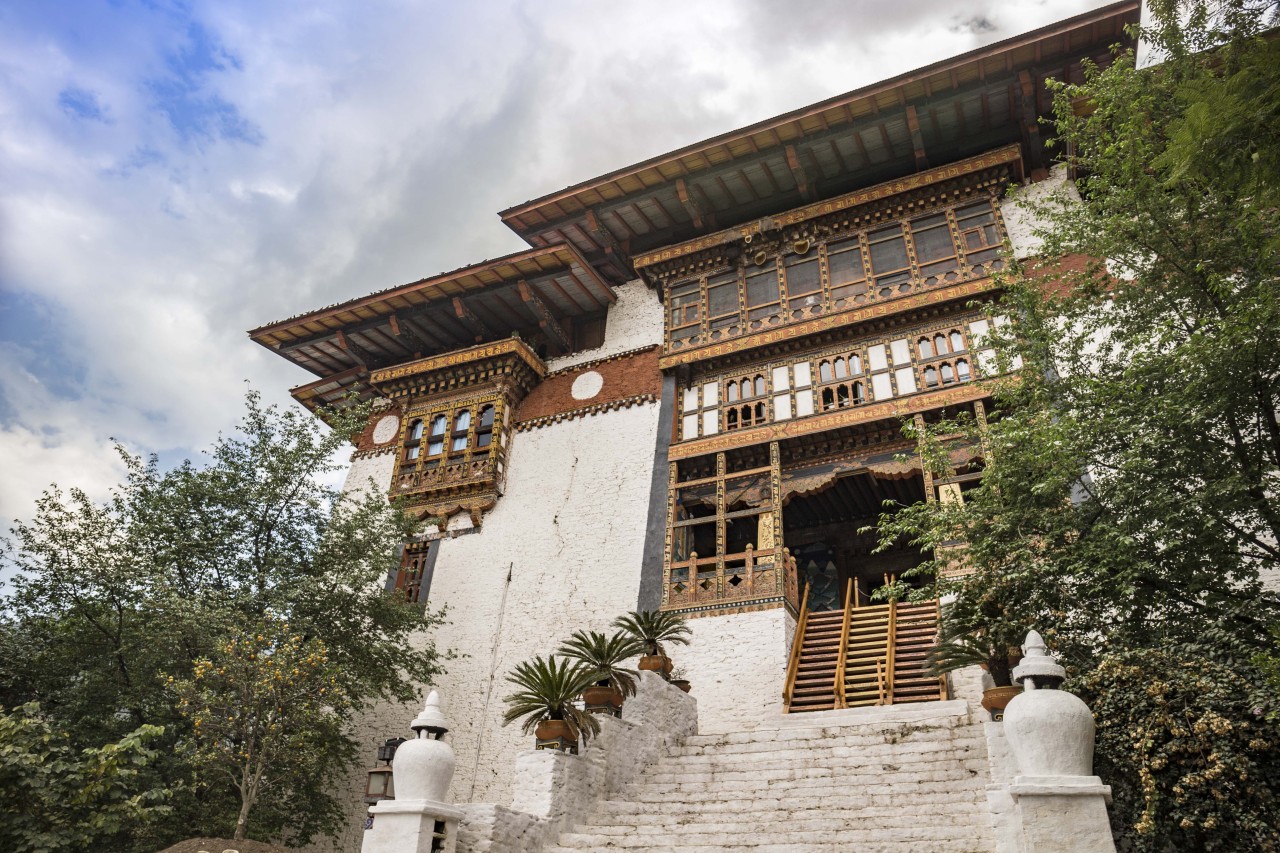 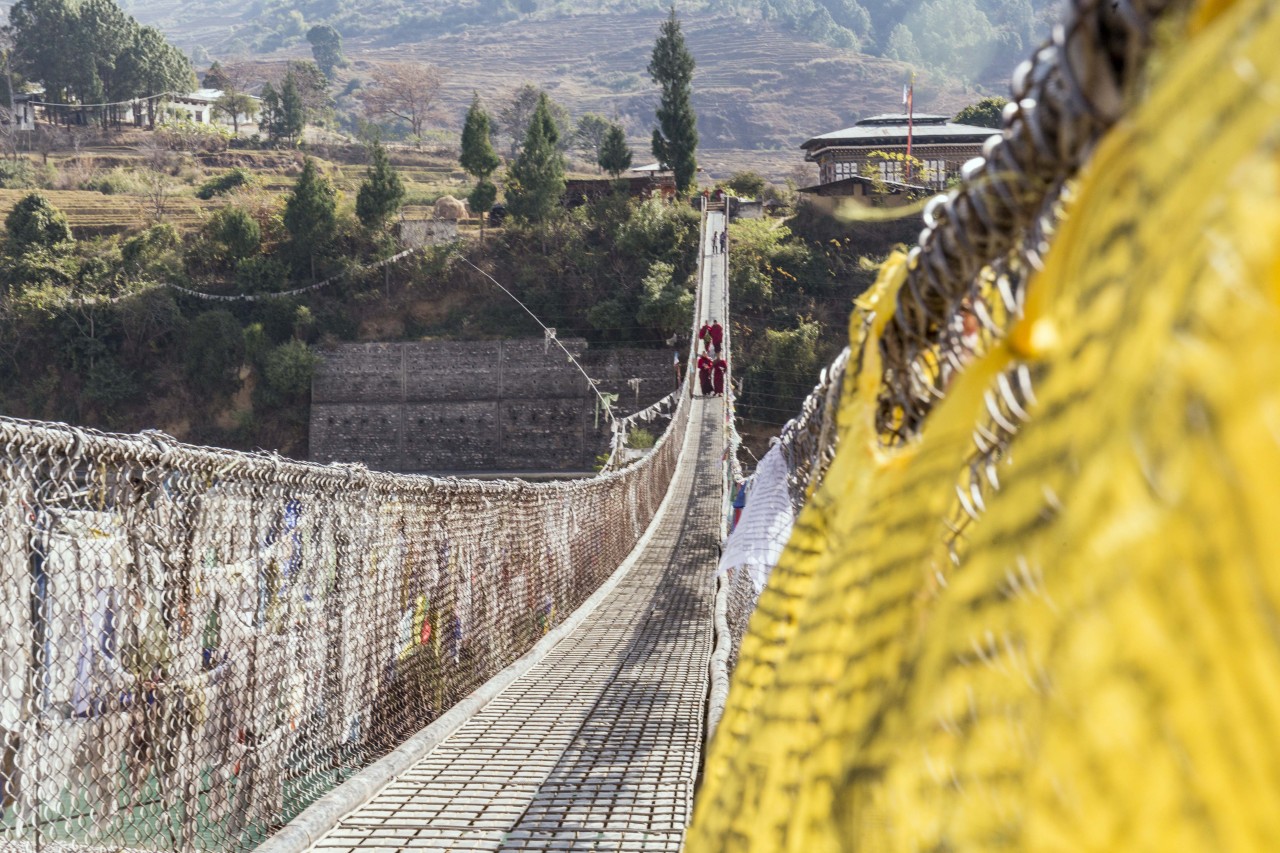 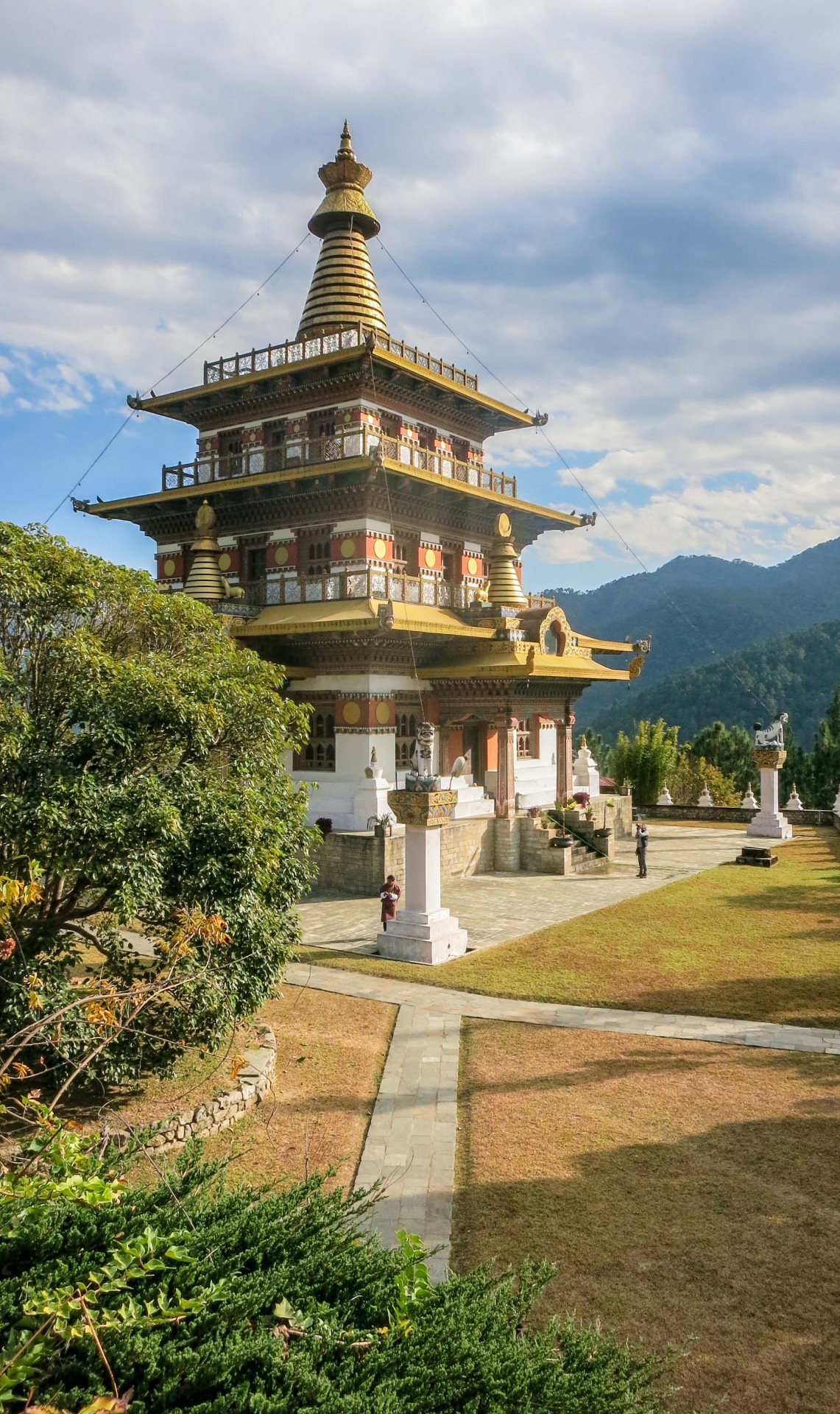 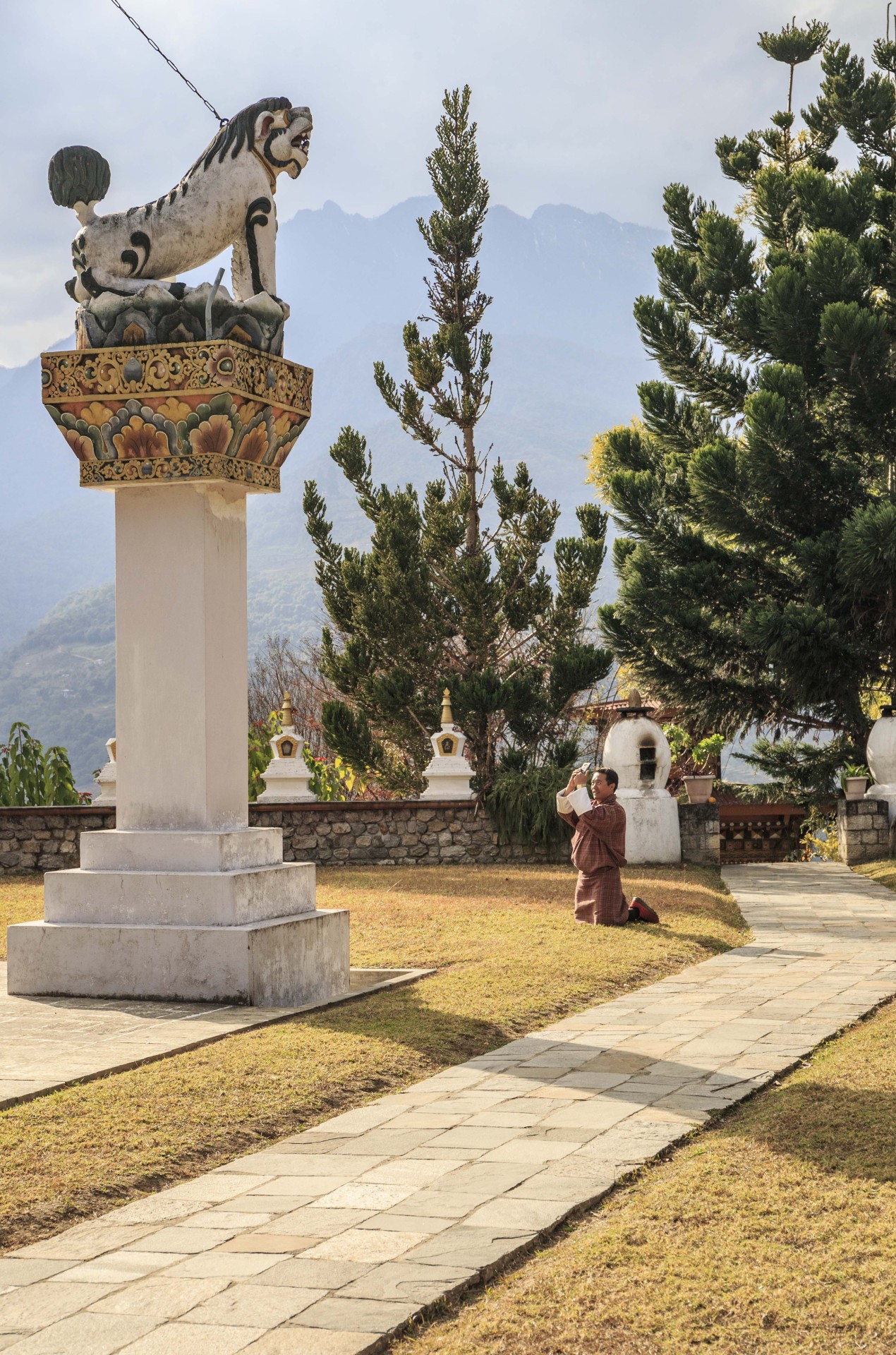 Punakha turned out to be a delightful valley with lots of charming little settlements and two meandering rivers that merge about half way down the valley. Right at its junction is the most magnificent Dzong that we have seen so far. Punakha Dzong is just a massive fortress and to imagine that this was built without any proper plans or calculations whatsoever is astounding. The Dzong was built in 1637 by one of the rulers at that time and until 1955 Punakha was the 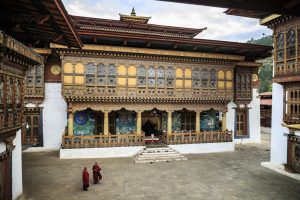 capital of Bhutan, before moving to Thimpu. In Punakha kings were crowned and in the winter months the entire monastic body that resides in Thimpu in the summer months moves then to Punakha Dzong. Including the chief abbot, who is equally important and powerful in Bhutan than the king.

Punakha Dzong can only be accessed either through a cantilevered wooden bridge from one side or from Bhutans longest suspension bridge on the other. Therefore it could easily be defended. Nowadays the access is restricted to opening times. Inside the Dzong there are three courtyards. The largest one, where the annual Tsechu is being performed, has a huge Bodhi tree and a large stupa in the middle. Around this courtyard all administrative offices are gathered. Through an intricate number of covered passageways we enter the second courtyard, which is smaller but offers an impressive view of the tallest building, the utse (largest tower). We are not allowed to enter this building, but were told it houses a large number of smaller temples, each dedicated to a different local deity. Only monks are allowed here.

In the third courtyard, we see a sacred temple to one side, covered in ornate carvings. Only three people in Bhutan have access to this temple and can go inside. The current king, the chief abbot (like the pope of Bhutan) and the head master of Punakha dzong. That’s it. Nobody knows exactly what’s inside other than it is a most important relic coming from Tibet. A relic so sacred, that wars were fought over it. But nowadays this Rangjoen Kharsapani relic is kept a mystery.

On the opposite side is the main temple that is also open to public and used for religious ceremonies. It’s the most splendid grandeur we have seen inside a temple before. A very large golden Buddha statue is framed by 1000 smaller golden Buddha statues and paintings of another 1000 Buddhas on the walls and ceilings. As you know by now, photos inside are not allowed so you have to use your imagination.
After wandering about the Dzong a bit, we set out to our next stop, where we were looking forward to a good hours hike up a hill to Khamsum Yulley Namgyal Chorten. This religious temple is fairly new (1999) and has been built by the queen mother to commemorate the fourth king of Bhutan. It is a delightful show case of Bhutanese architecture, with the who’s who of the deities and the only temple where you can climb up to the very roof and enjoy the magnificent view from far above.

The special thing about it is that there are four altars built on top of each other, each level accessible by a small staircase and as you get higher (clockwise!), the altar rooms get smaller until you are at the very top looking at the fourth altar with all its offerings looking out into the winter landscape. We basked in the sun and then slowly made our way down the hill again. It was a nice way to stretch our legs and find out more about the local architecture.
We liked Punakha very much, with its balmy climate and picturesque houses but it was time to make our way to Thimpu, the capital.