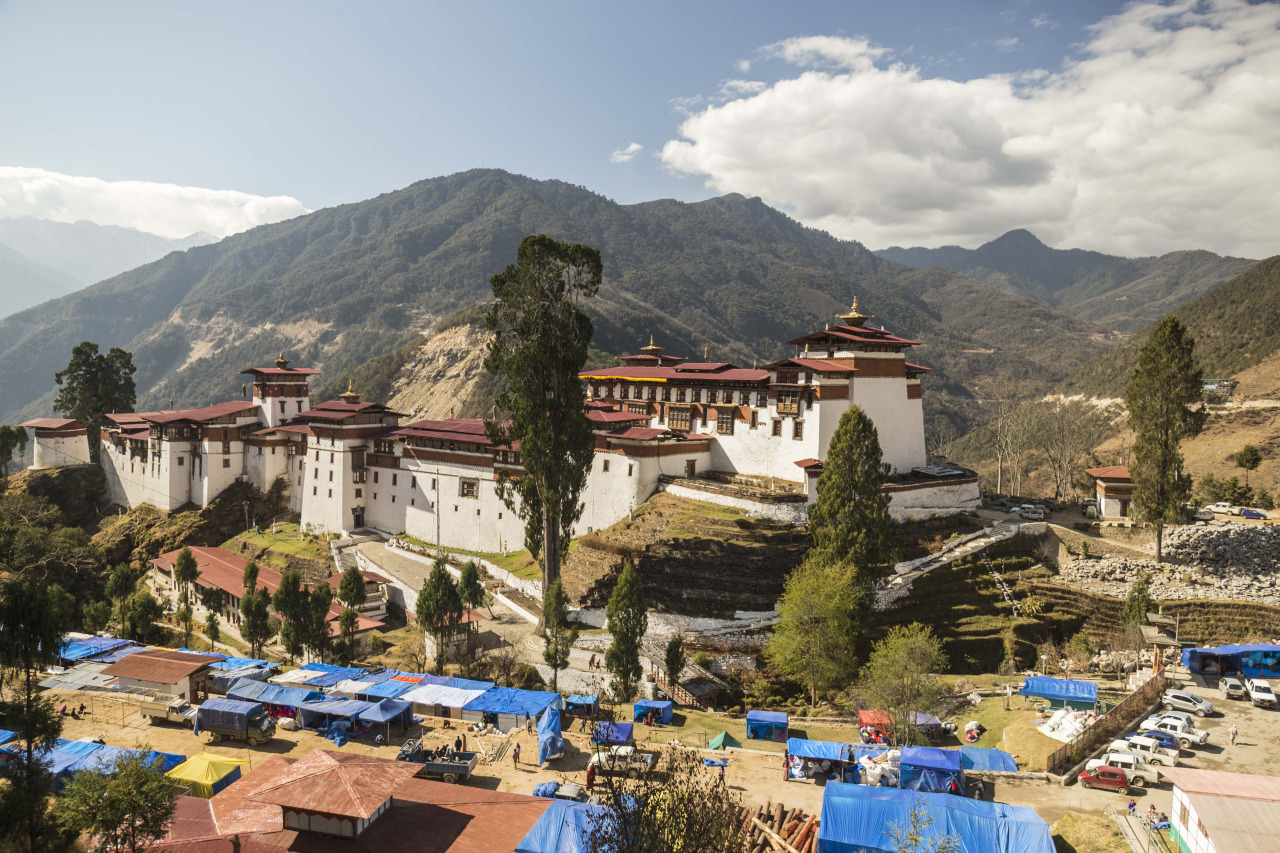 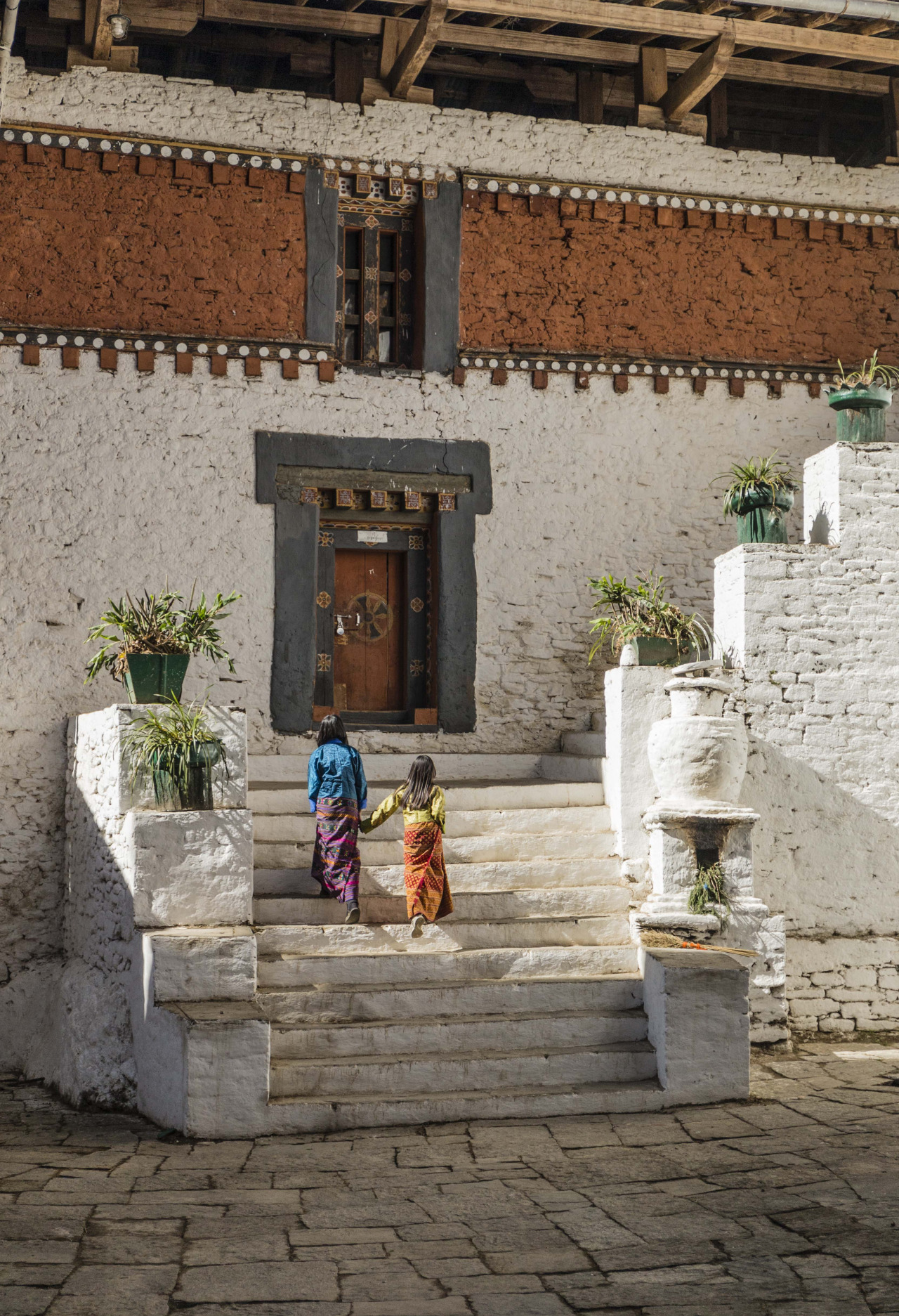 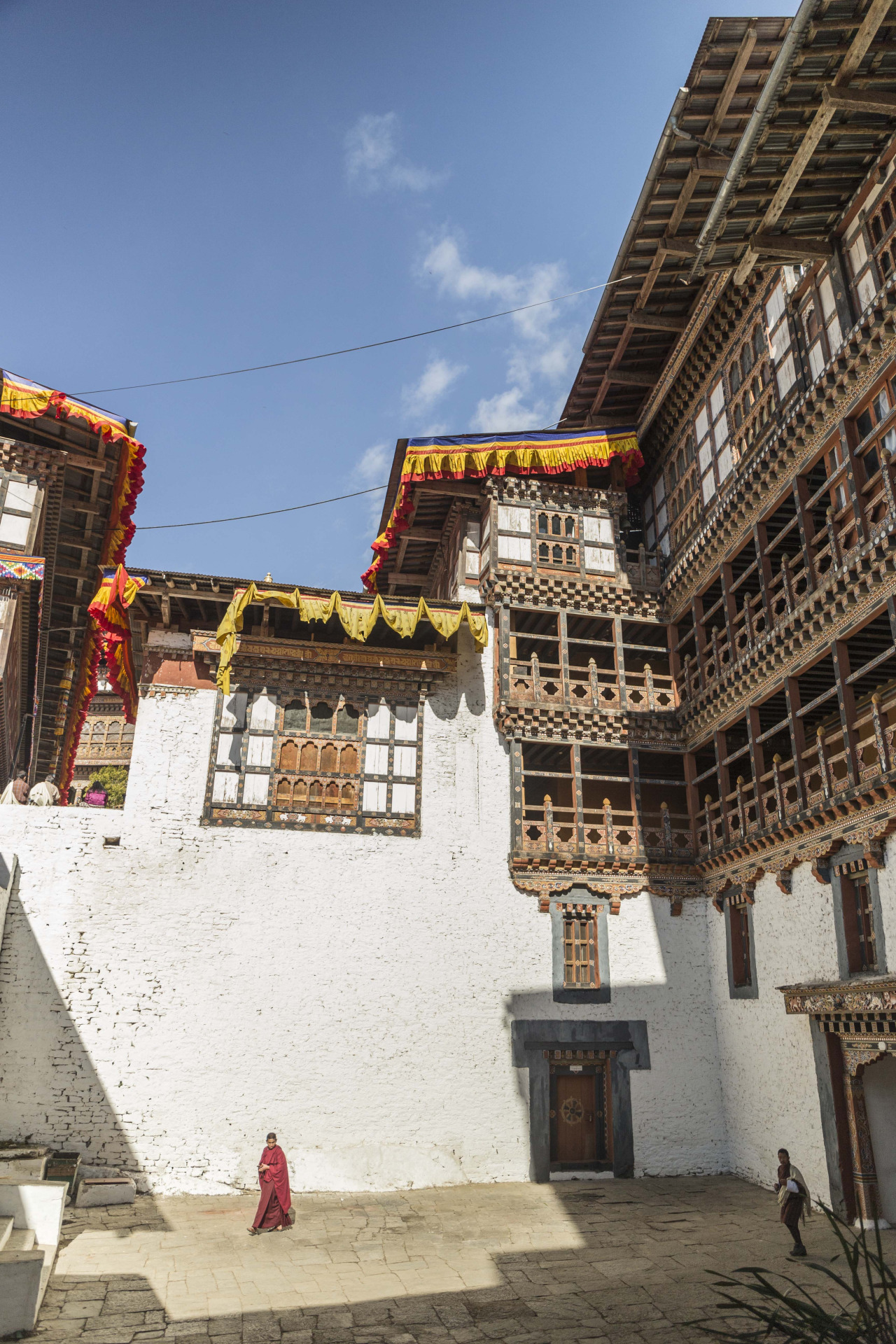 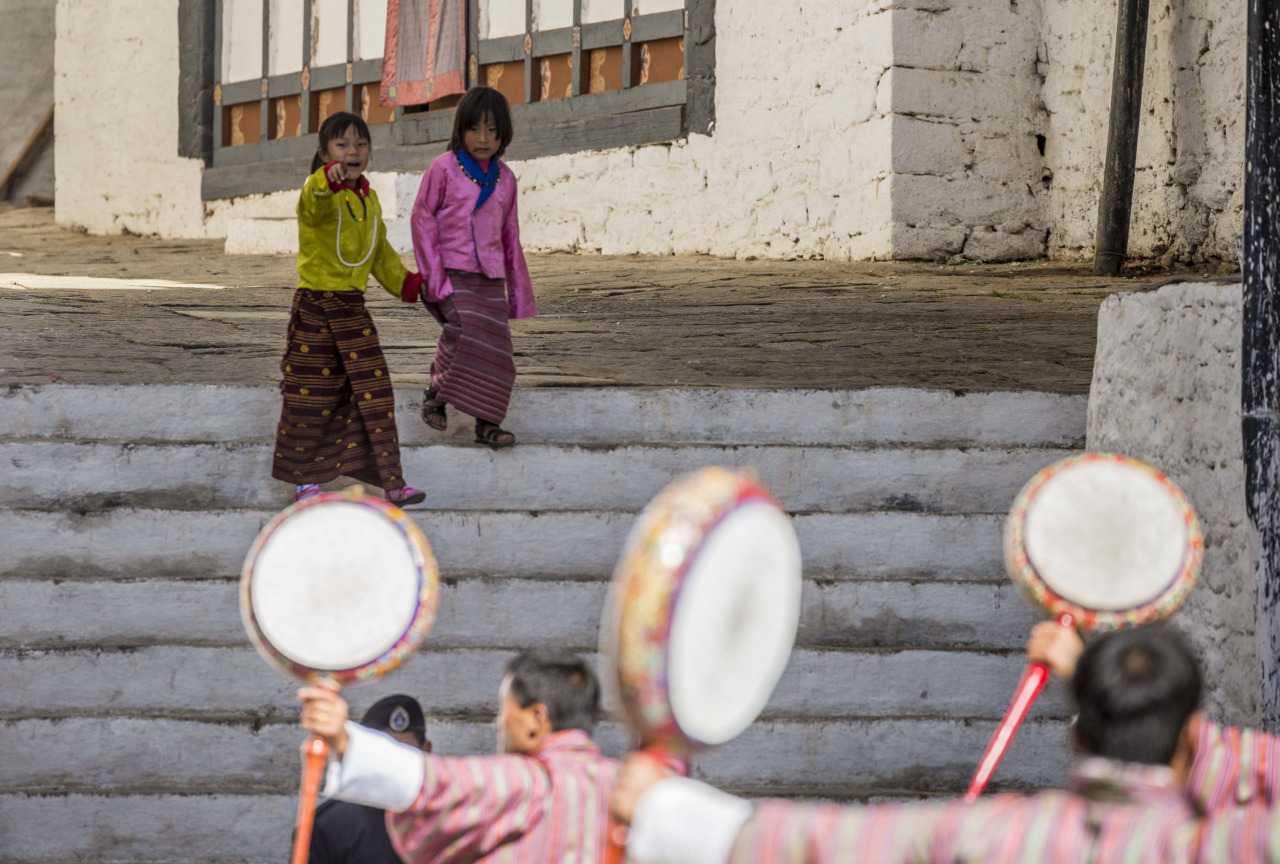 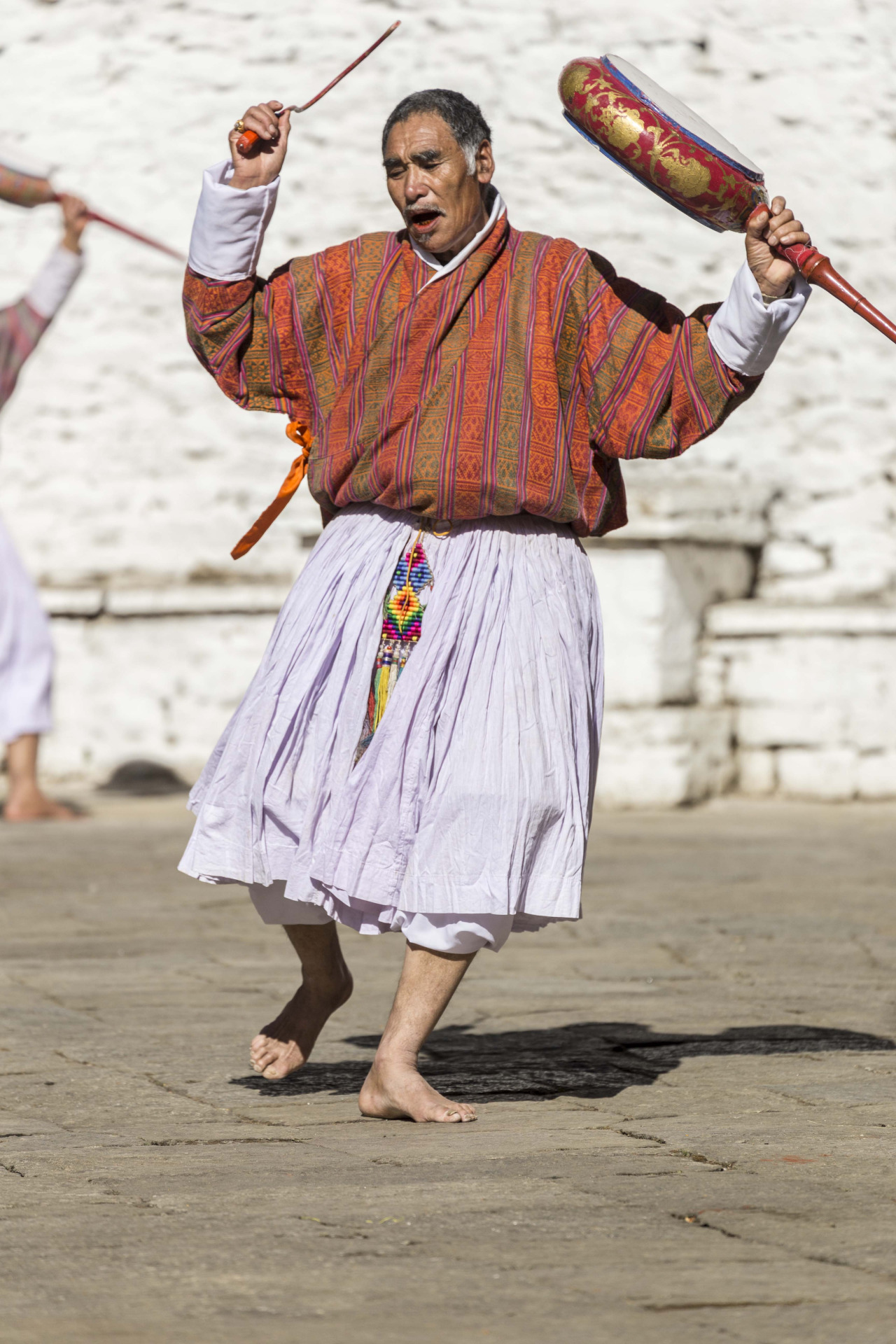 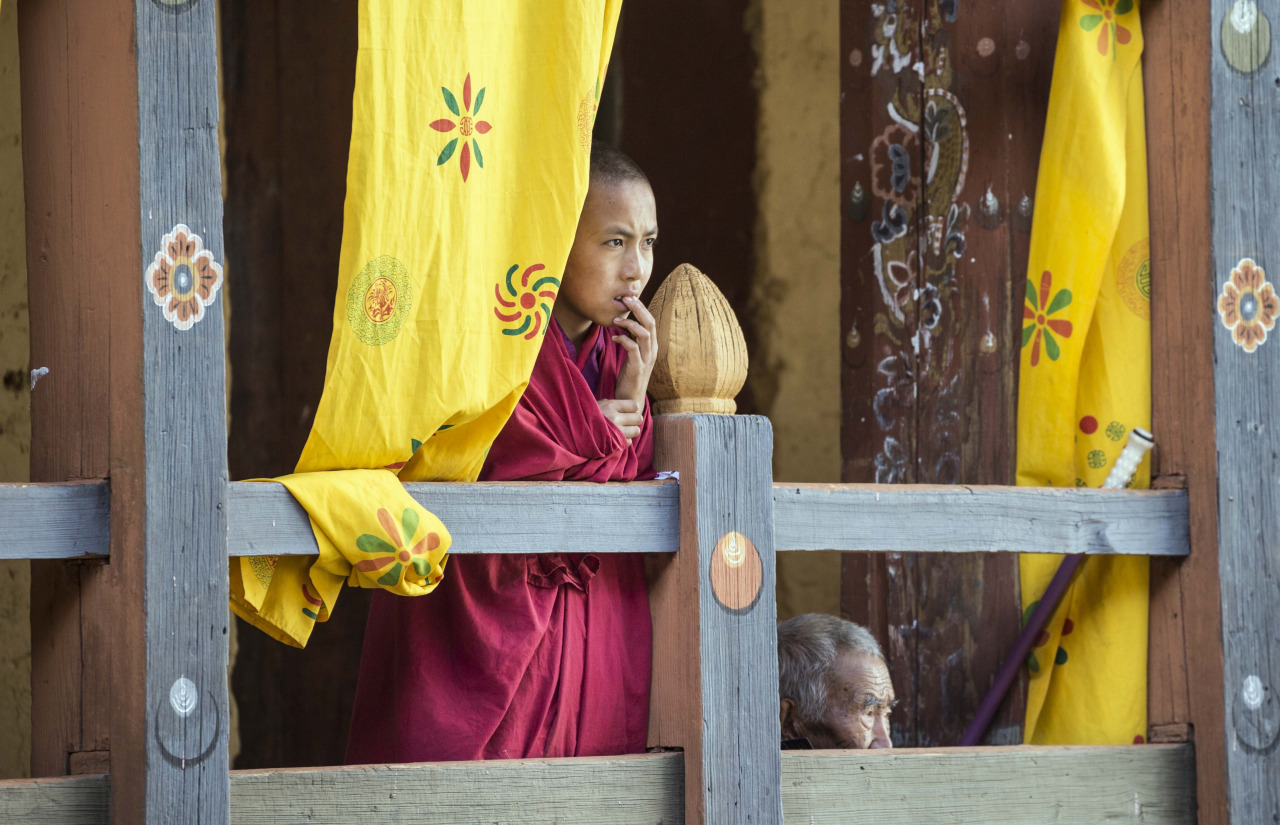 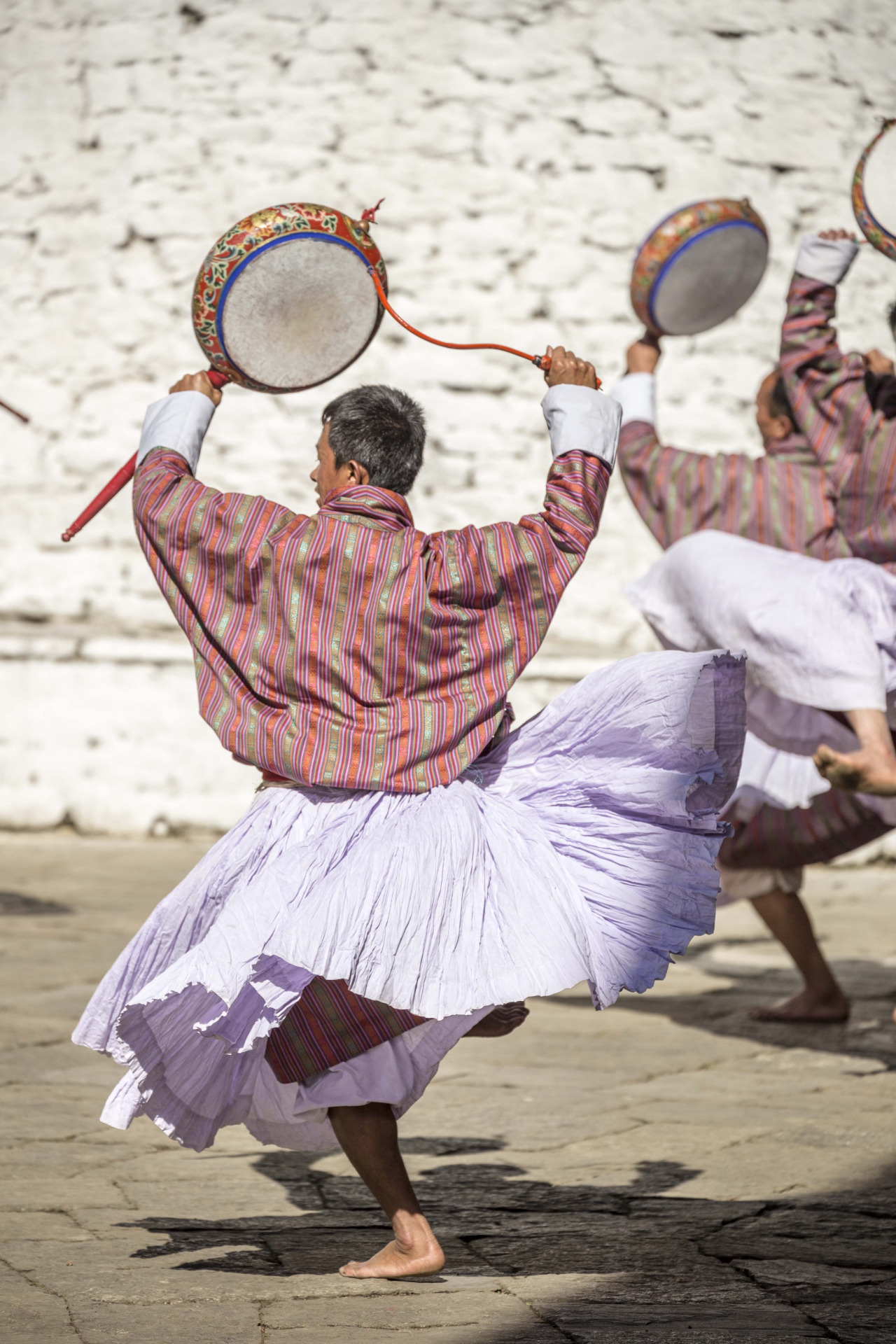 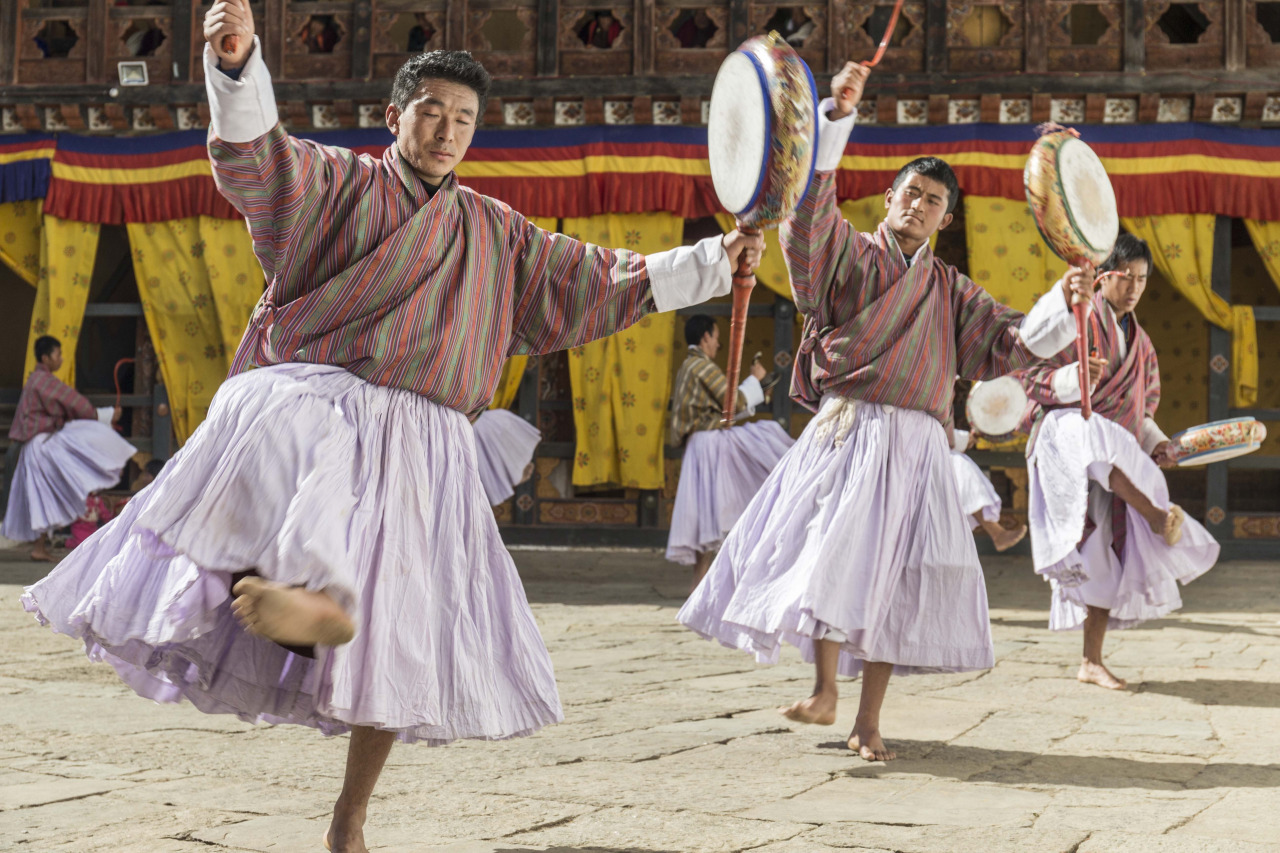 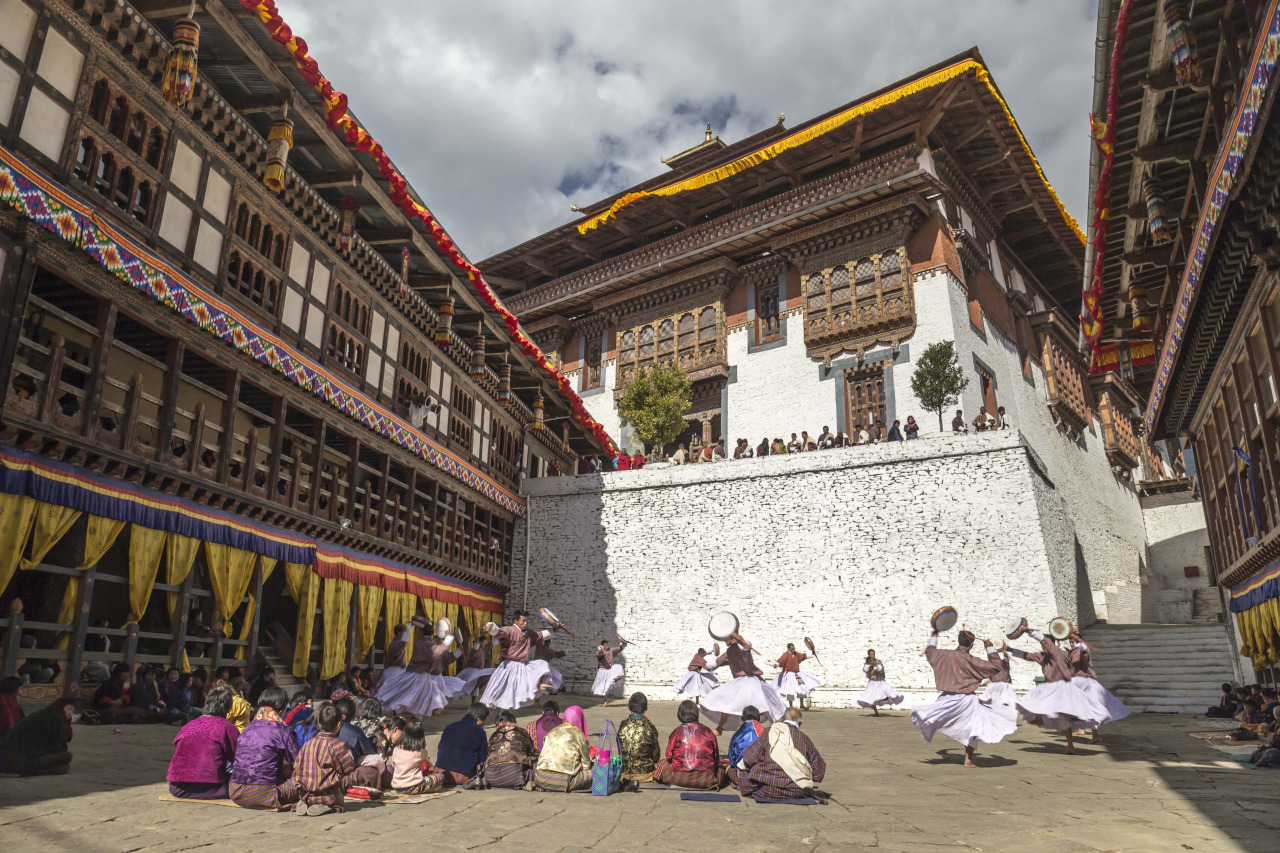 The next day we were off early as we had the chance of seeing another Tsechu, an annual festival on our way to Phobjikha Valley. This time the Dzong of Trongsa was having its annual three day festival and we were just in time to see the first day which also serves as rehearsal day. That means the monks dance without their masks that we have seen it in the Tsechu at Shongphu.

Preparation for the Trongsa Tsechu

Trongsa is the capital of central Bhutan and every king of Bhutan had to be the governor of this region before becoming king in order to learn how to govern. Trongsa has a strategic position as it is the gateway between East and West. The Dzong has two entry doors, where in former times all traveller needed to pass, pay their taxes or duties before they could continue on.

But first we had to get some money out at a local ATM in Bumthang. ATM’s look funny to

us as they are also held in the same style as the buildings but when you open the door, a modern ATM machine is inside. Unfortunately it was very picky which card it wanted to accept and only one out of Chris’ ten cards was accepted. We don’t know why.

On our way from Bumthang to Trongsa, we crossed Yotongla pass at 3425 meters altitude. Again, we circled the stupa on top, had a quick stop and look around and went on our windy way downhill.

Around lunchtime we arrived at Trongsa and saw many blue tented street stalls being put up, selling everything from food to clothes, toys and items used for religious ceremonies. The smell of incense is present everywhere.

The Dzong of Trongsa is beautifully alight with sun shining on its golden roof. It looks like out of a fairy tale. It is a massive structure perched high on a ledge, easy to defend. It was built in 1648 and used to be the ancestral home to the royal family before they moved to Thimpu. 300+ monks house here as well as the entire administration of the city and region. Imagine the ‘Kreisverwaltungsreferat’ spread out over a series of small offices around an ancient courtyard and connected through a passageway on a balcony. Quite picturesque I would think. The Trongsa Dzong has three large courtyards, the largest used for the festival dances.

A feast for the photographer

Chris could not wait to start filming and taking pictures, so happy was he about the sheer abundance of people, colours and movements all around us. While Nourbu and Esther watched the monks dancing, Chris went off with his camera and had a field day. He did not want to leave anymore, just soak in and pin on film all the wonderful impressions that were right in front of our eyes.

Again, no tourists in sight, just the local population enjoying the festivities and the ritual monks dances and music. The pictures are really only a small number of the fantastic series of pictures Chris took, but it gives you a glimpse of the atmosphere and vibrant culture that the Bhutanese preserve at all cost. Looking around at the Tsechu, there is really no unhappy soul around, just smiling, happy people enjoying this special day.

Full with impressions we regretfully had to be on our way as the journey to Phobjikha was still a long one before us. One mountain pass and again some rough road, how rough we had no idea…