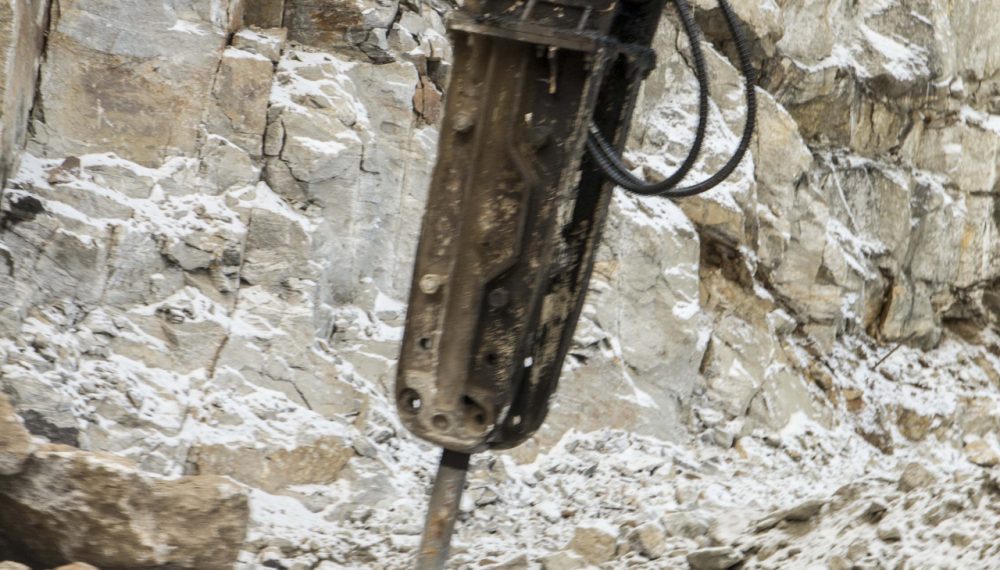 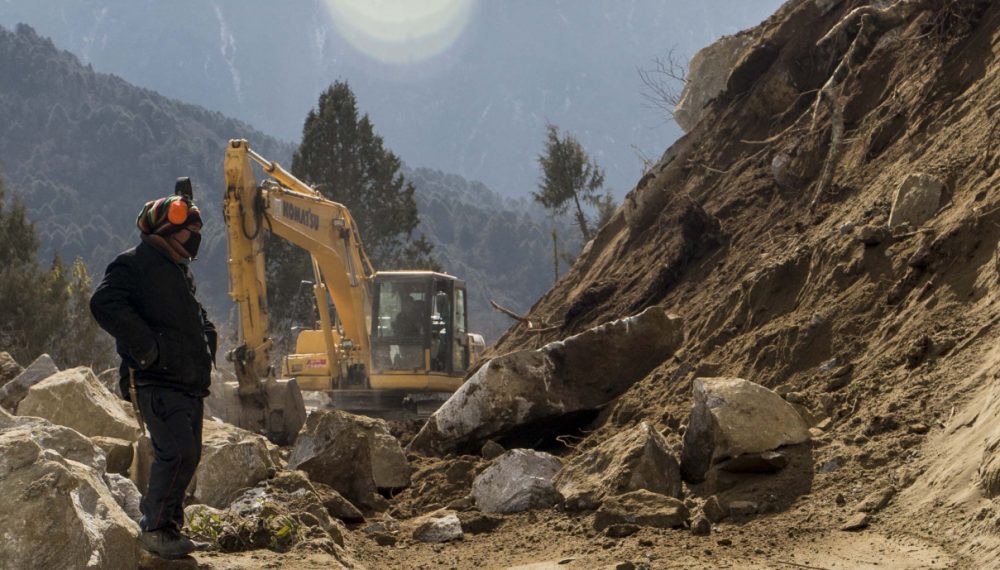 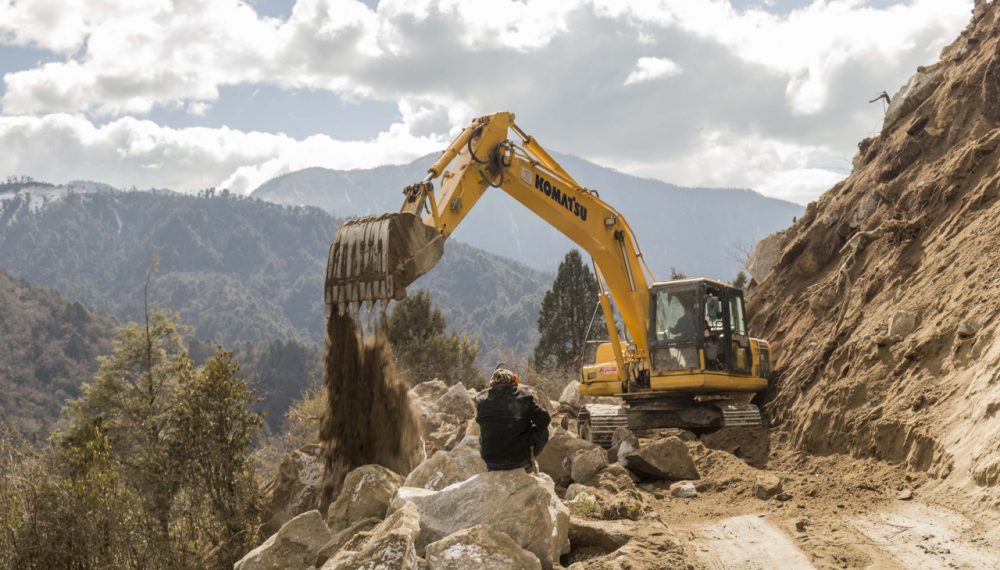 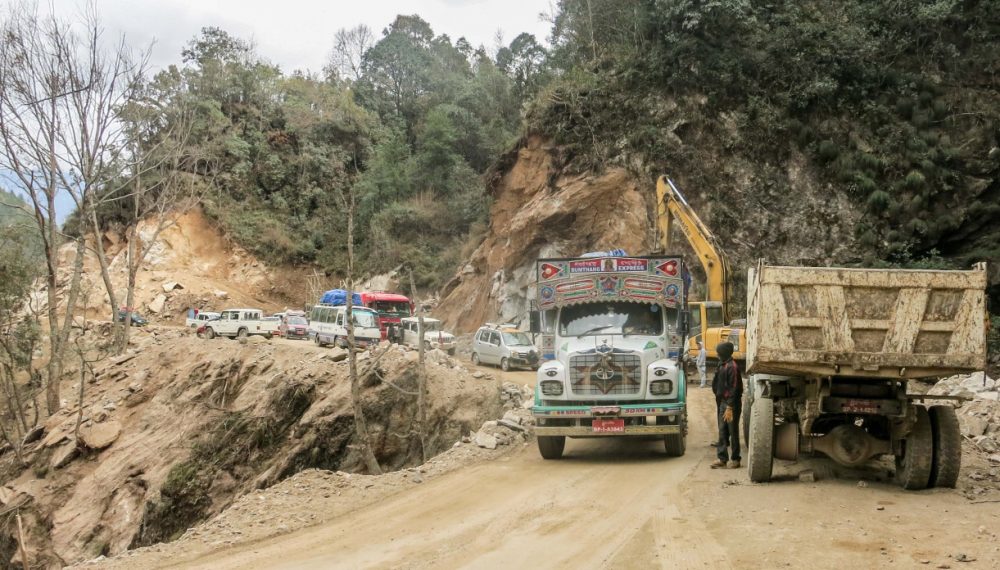 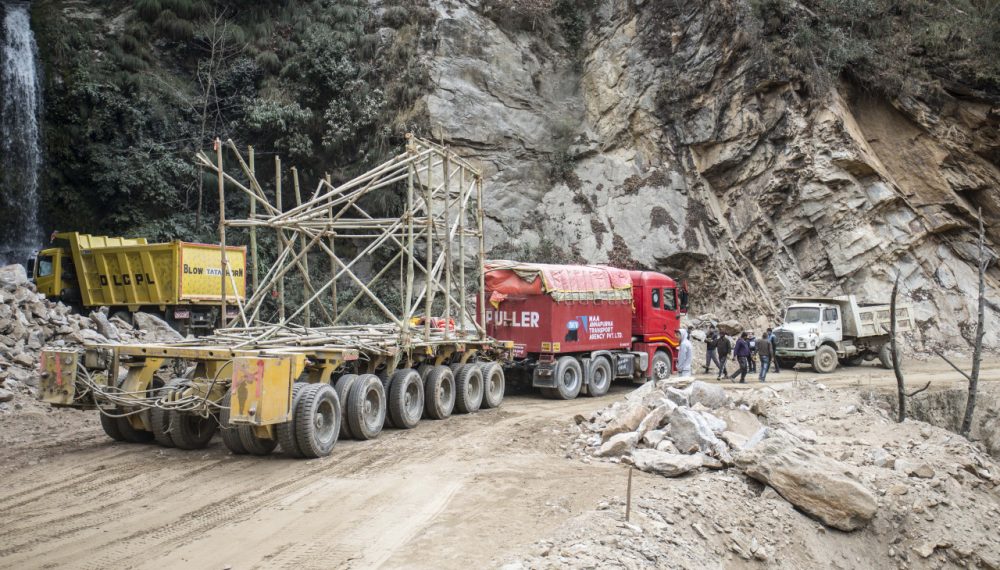 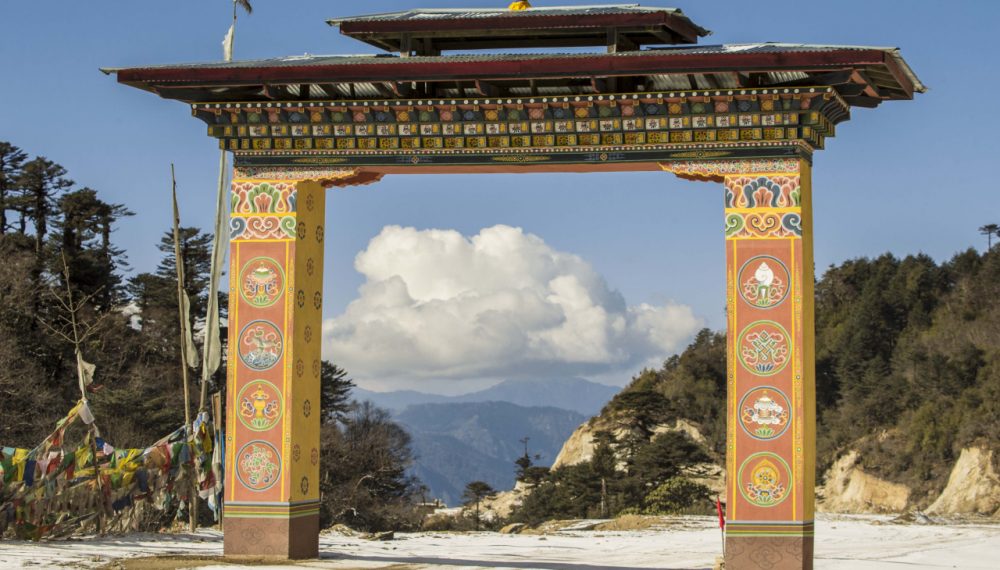 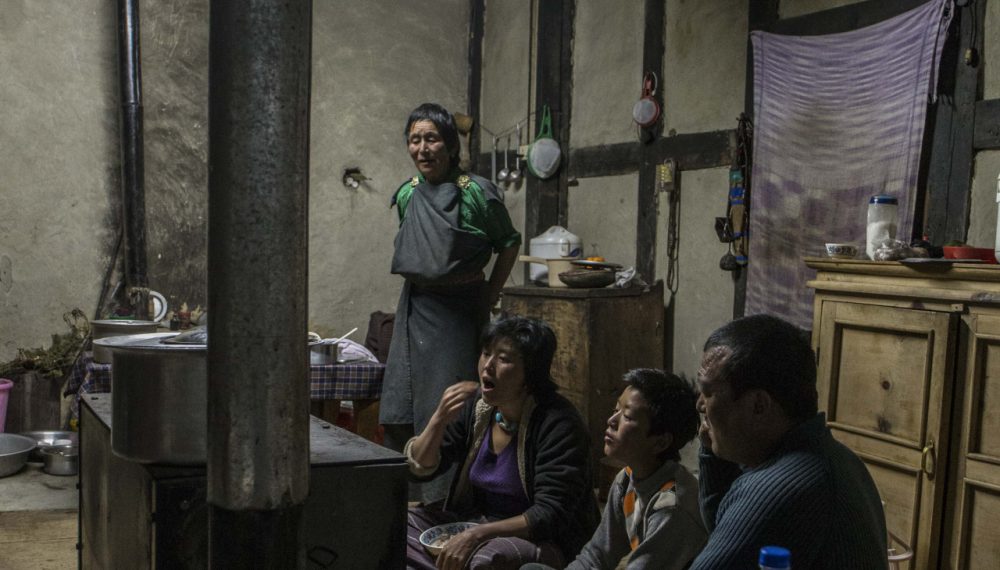 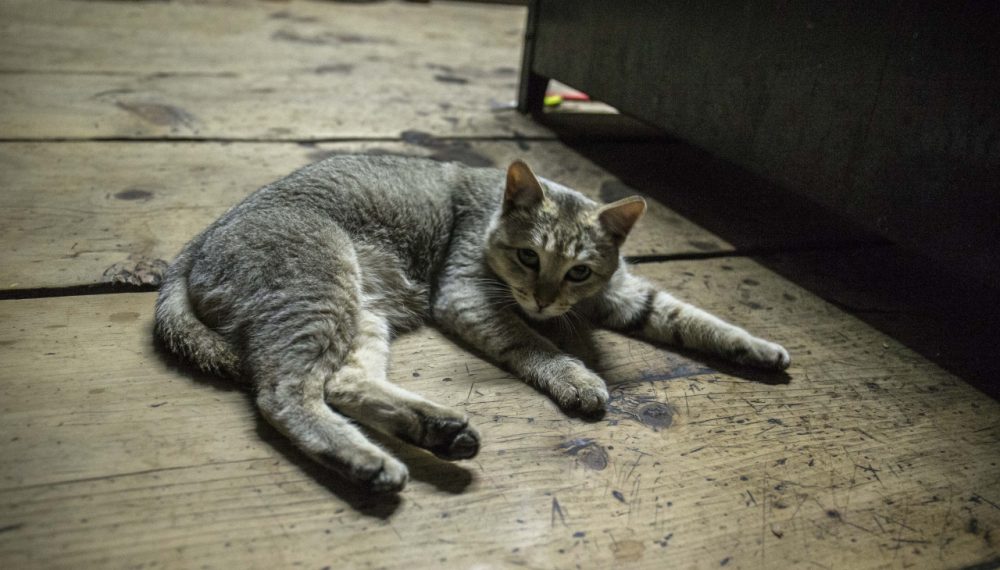 On we went for a delicious late lunch (there will be a blog post on Bhutanese food, promised!) just overlooking the Trongsa Dzong in the sunshine. We were supposed to drive another 3 ½  hours and over one other pass and then arrive at our next destination in Pobjikha valley around 5.30 pm. We had no idea what Bhutanese road works had in store for us.

It started with a road block at 3 pm due to a series of massive rocks (and we are talking about several tons!) falling on the road from above due to the construction works. We walked ahead of the stopped cars and saw how painstakingly slow one big digger tried to push the largest rocks to the side and the smaller ones it let fall over the edge. It took well over an hour until a small, one car wide lane was cleared, enough to let the waiting cars pass.

Road block no.2 awaited us around 4.30 pm when a police car stopped all traffic and had everyone back up to a slightly wider part of the road and told us to wait there. Nothing happened for 15 minutes, the road seemed clear as far as we could see. No car came from the other direction either. Curious we got out and walked around the next bend, again nothing to see. Three bends and 500 meters further we heard shouting and some engine noise. One more bend in the road we saw what the issue was. A huge 56 wheeler truck (yes that’s right it had 56 wheels!) tried to navigate a tiny bridge and was stuck.

How it even made it that far was a mystery to us. We spoke to the police chief on site and he explained. This was a test drive to test the newly blasted and widened dirt road to see if it was possible for a truck that size to get from West to East Bhutan. Apparently all the contractors had been given those specifications as a must-have width, length and height for their works.

The monster truck had a bamboo rack on its trailer to test the height. At the time we saw the truck the bamboo rack was already severely crashed on top. At least one contractor has to do some rework we guessed… Looking at the tiny bridge a digger came to rescue and knocked over some bridge safety barriers to clear the way. Inch by inch the truck driver followed directions to advance very slowly over the bridge and around a bend with one wheel over the steep cliff.

Crazy dimensions for such a narrow winding road. Turns out the truck was already going on for 40 miles that way with one person walking in front of it the whole way. We were wondering what these monster trucks will be carrying in the future. Goods? Military equipment? Later we learned that this corresponds exactly to some special generators used for the hydropower facilities. In the end we had lost another 1 ½ hours but gained ever more knowledge about Bhutanese road works.

3400 meters and no winter tires

We still had two hours driving and a 3400 meter high pass in front of us and it was getting dark. Great! Can’t tell you how thrilled Esther was to navigate up and down a high pass in complete darkness with no guard rails and plenty of steep cliffs just a foot away from our car tires. But no, first there was road block no.3. Again we did not know why we stopped, just a traffic cone in the middle of the road blocked the way.

Walking to the front and around a bend we saw high up above the road some excavation work being done in the dim lights of the diggers that looked like huge animals doing their work. Rocks, dirt and debris were falling down on the road in front of us. Asked how long this might take we got told: it takes as long as it takes 😬. Not the answer Esther wanted to hear. Again we had to wait for another 40 minutes before they cleared our road. Needless to say that Esther spent the rest of the trip wishing we had hung up many more prayer flags given the precarious and steep road with terrifying cliffs on one side.

Finally we arrived at 8.30 pm at our destination in Pobjikha, three hours later than planned and much savvier about road works than we ever wanted to become. The farm family we are staying with stayed up late (they are used to go to bed around eight during winter time) to serve us our dinner.

Chris couldn’t let go of the house cat, while Esther seemed to be glued to the warm stove in the middle of the kitchen. What we didn’t know yet: this turns out to be the only heated room in the house…