So many things to see in Mandalay 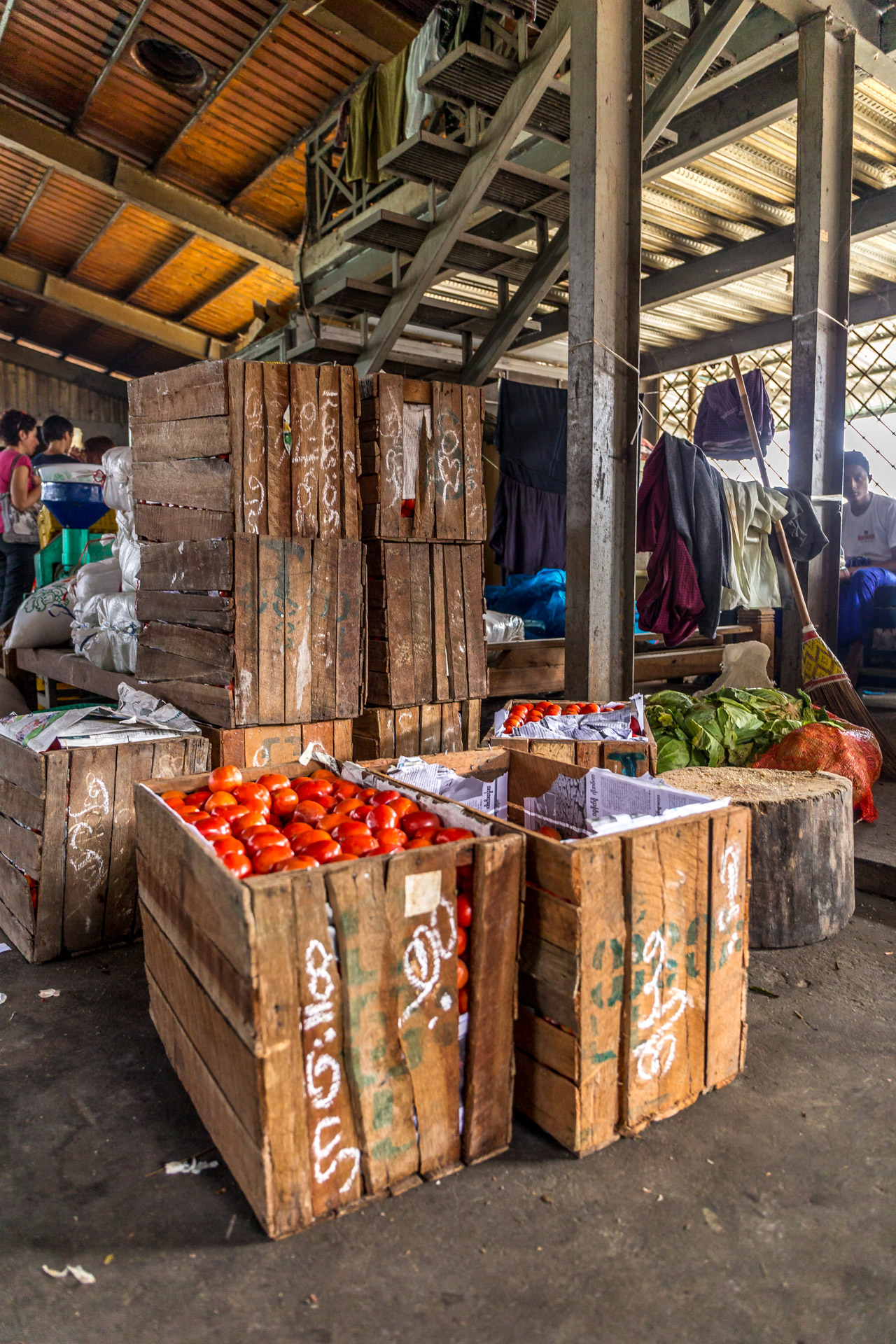 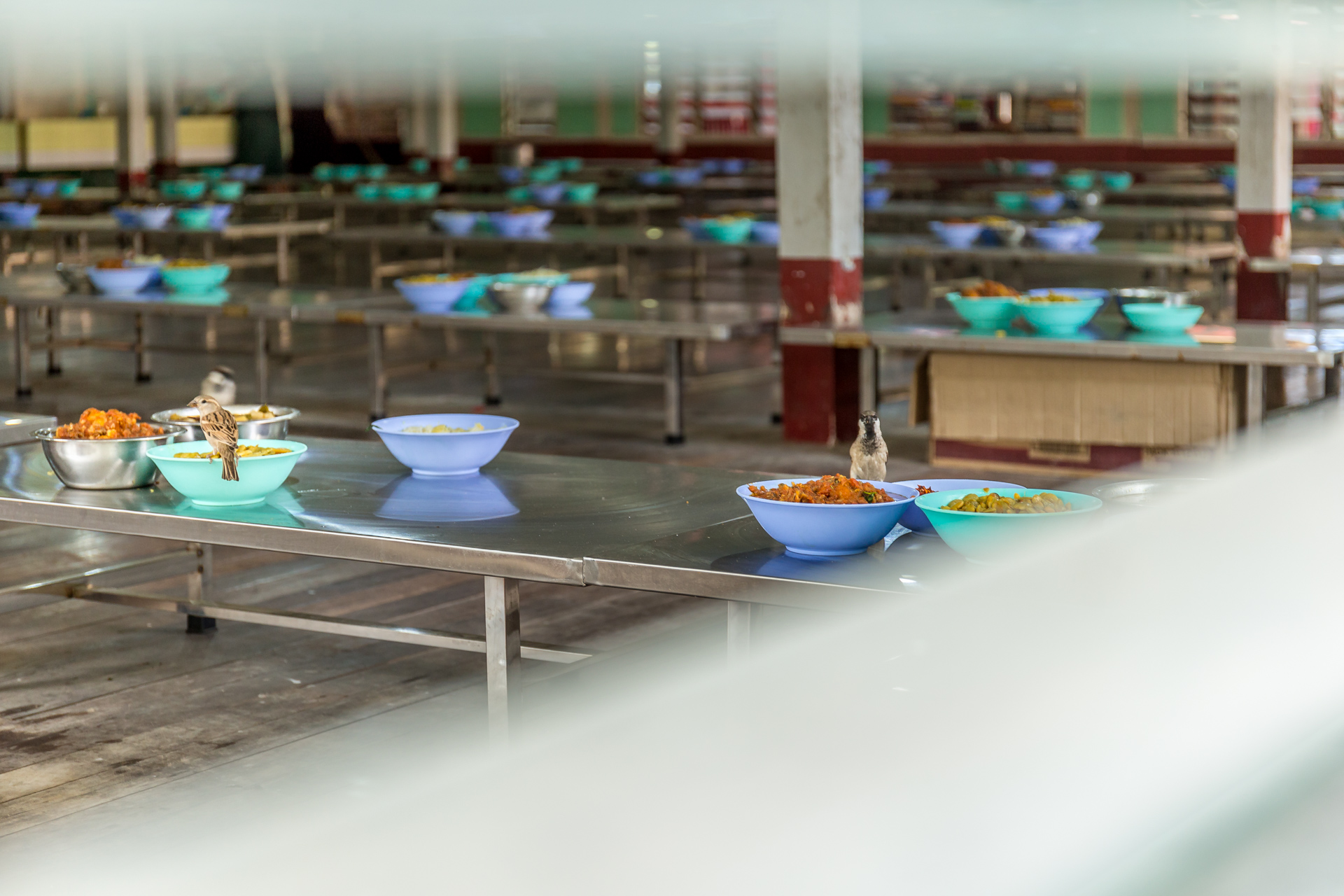 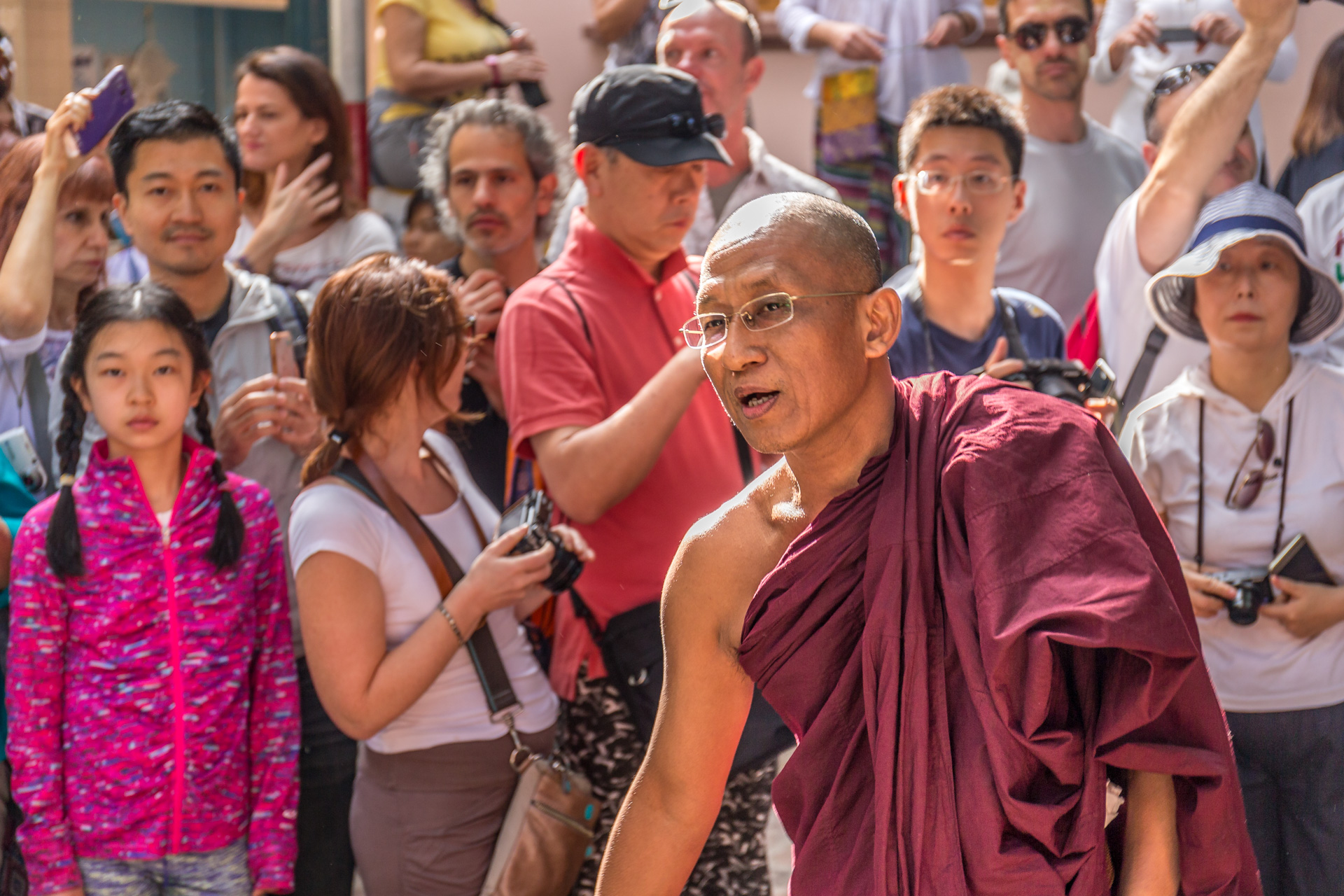 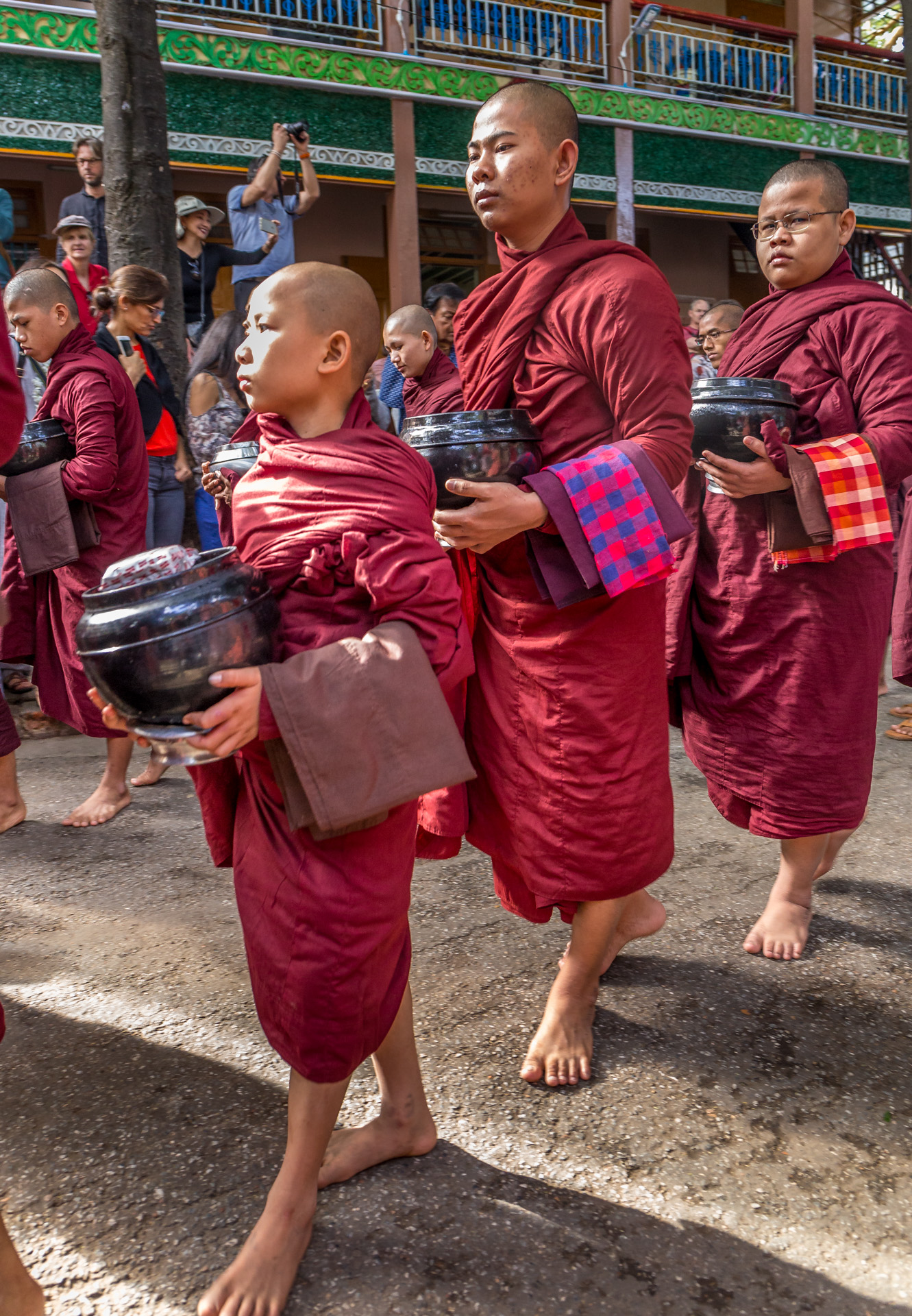 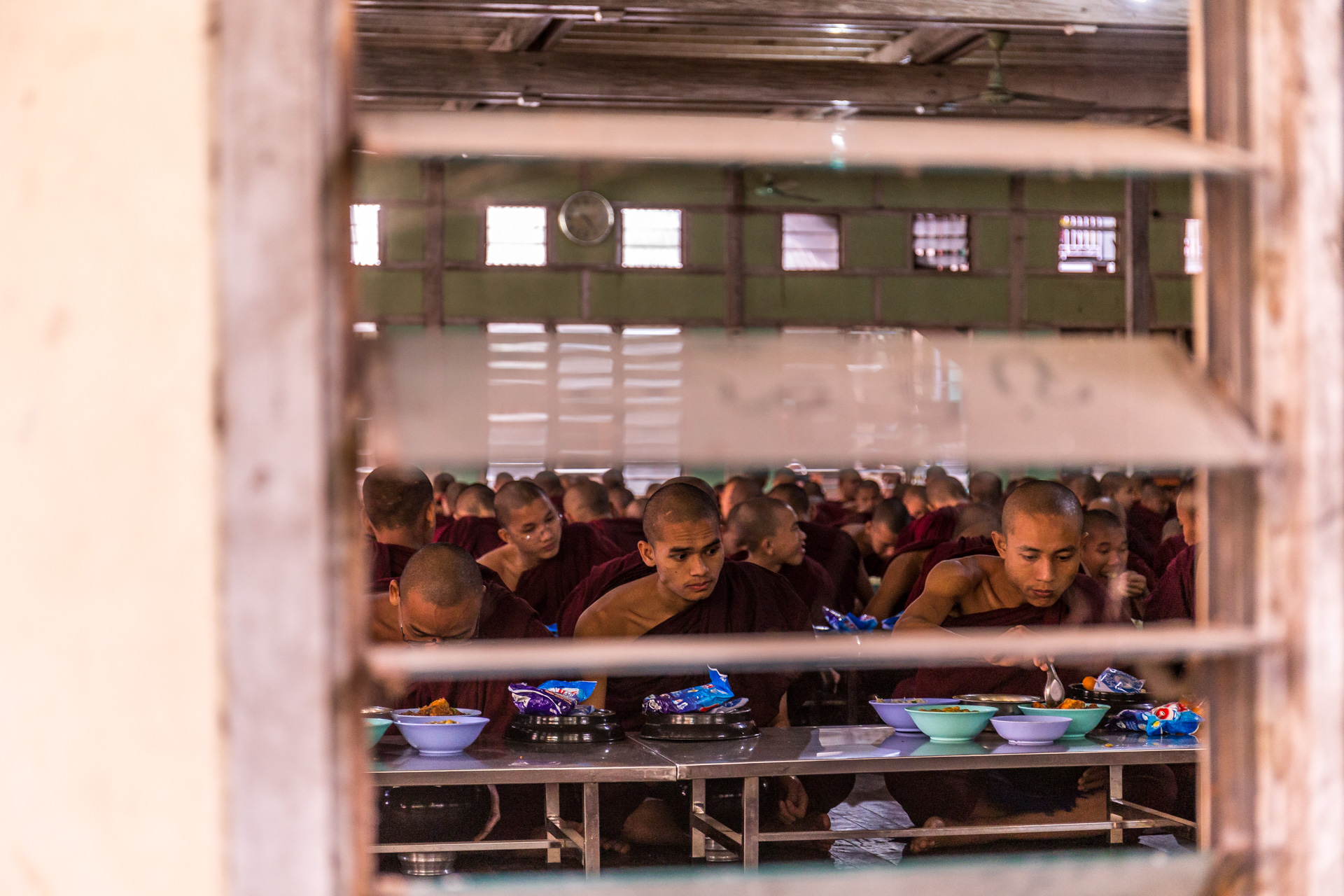 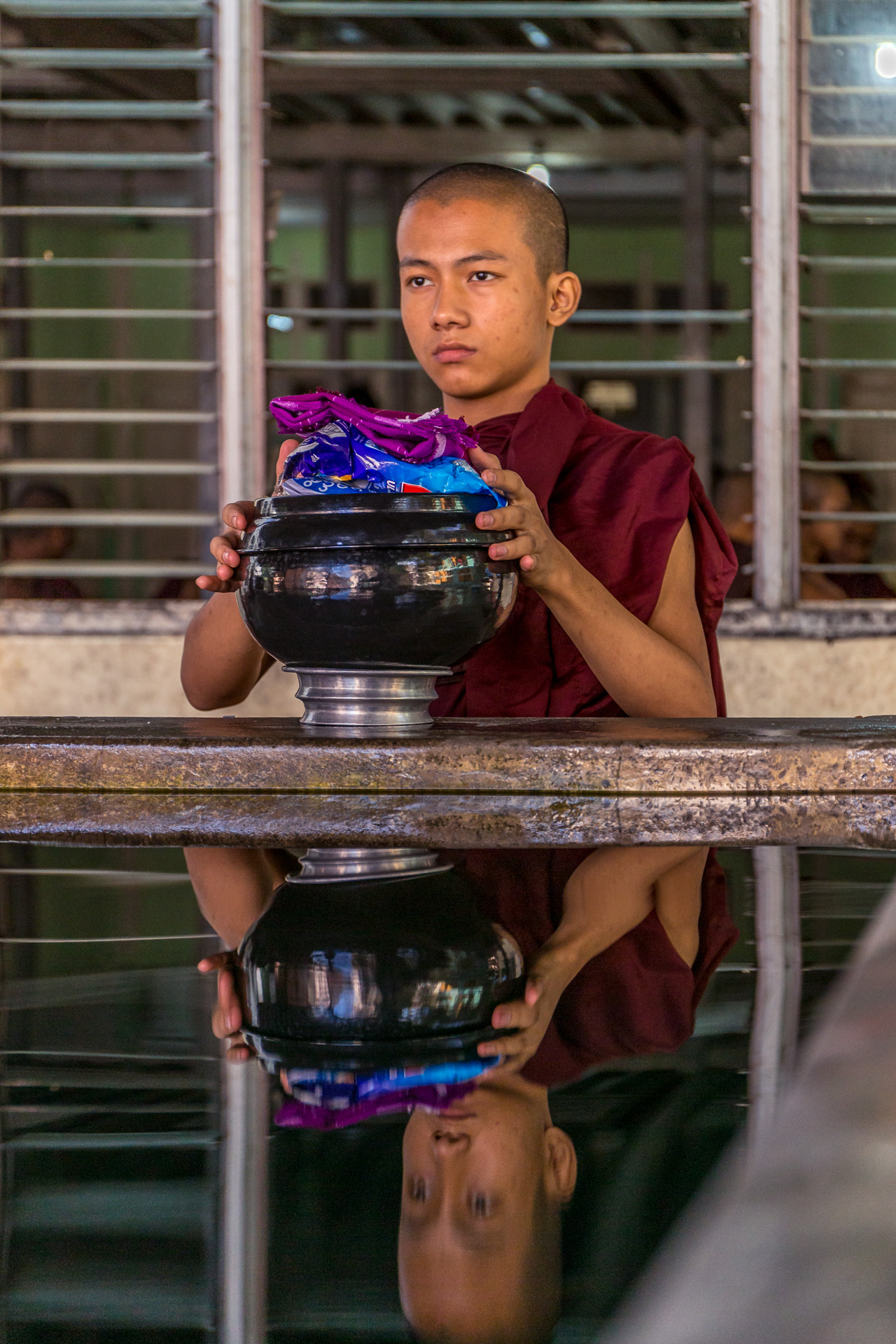 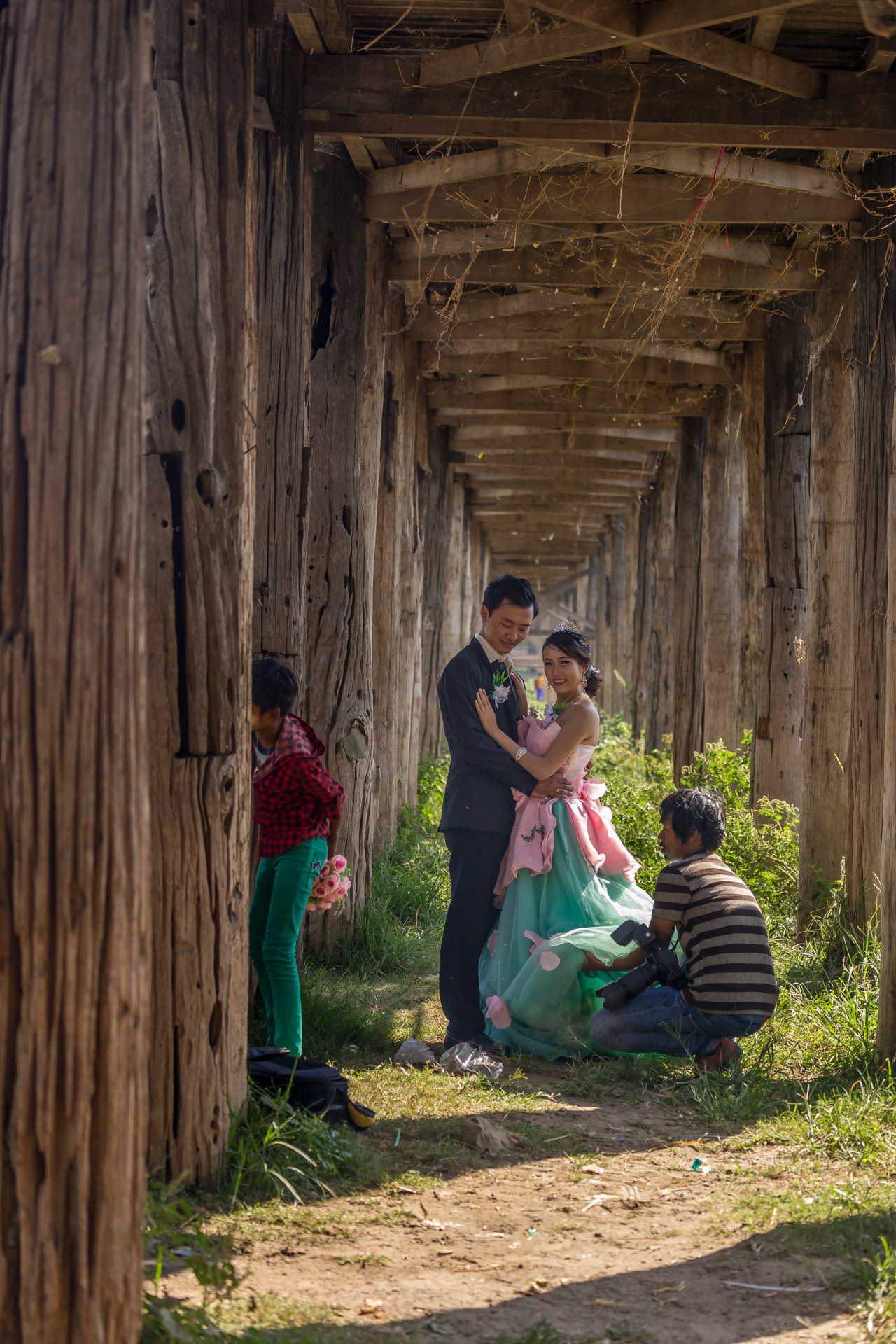 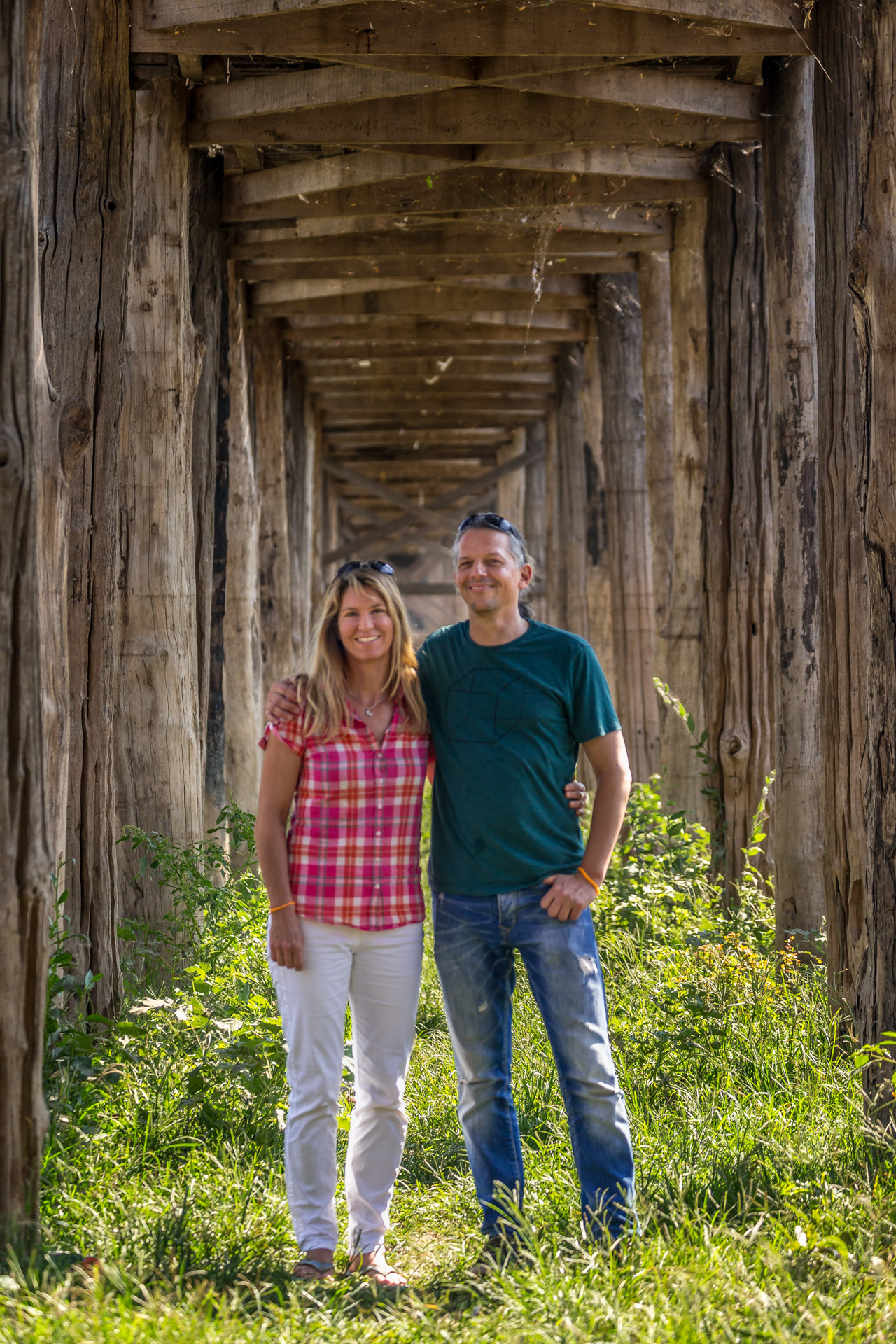 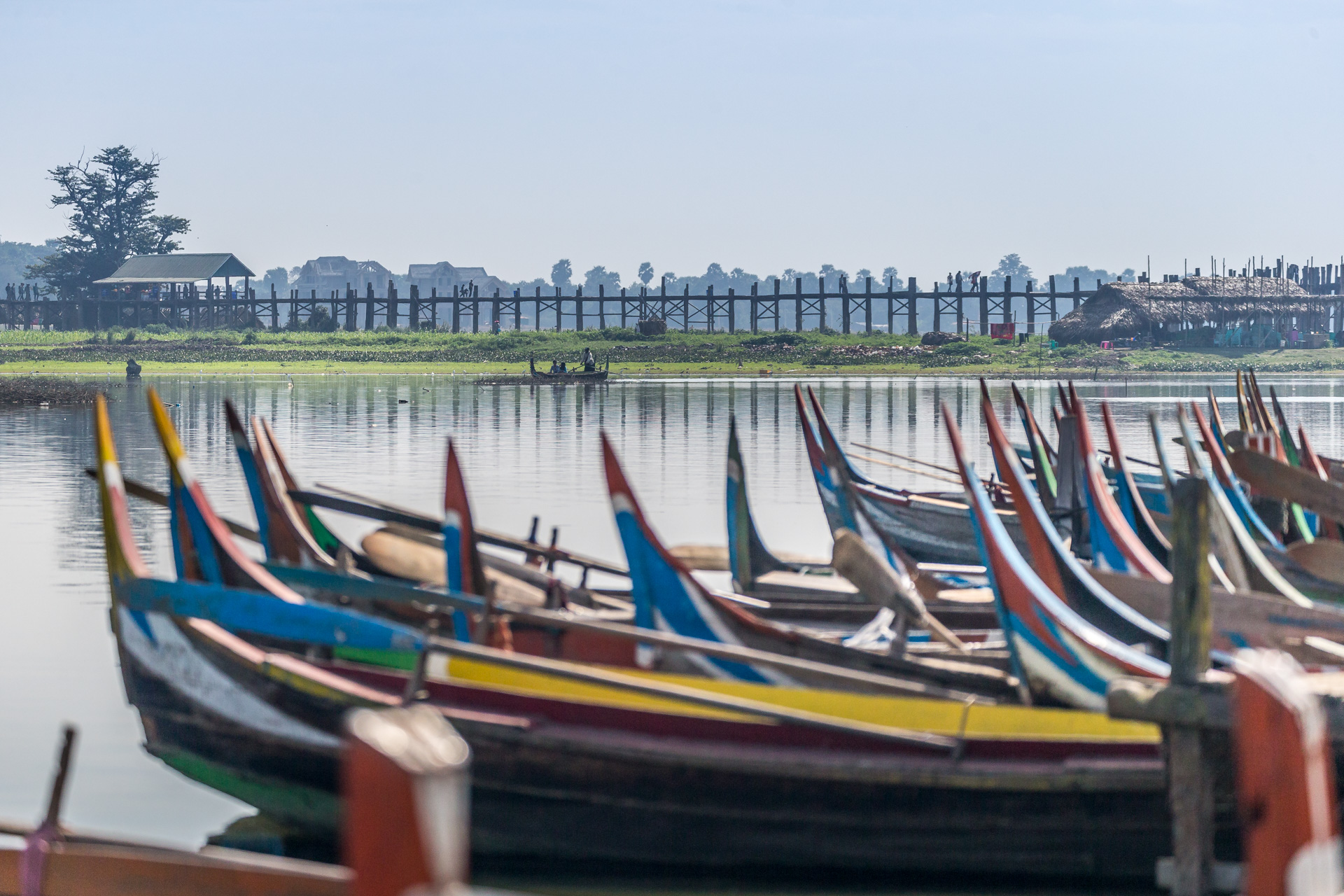 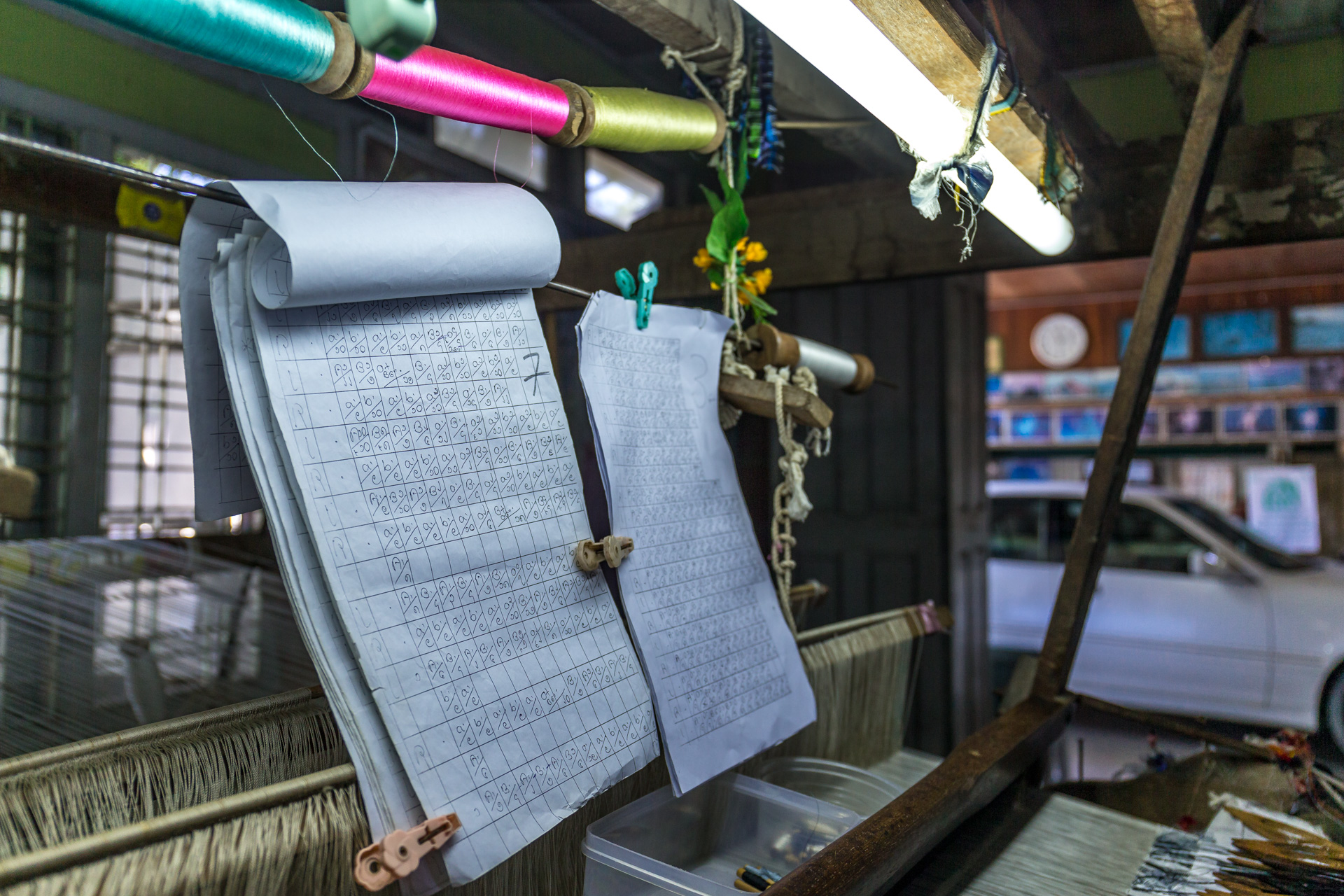 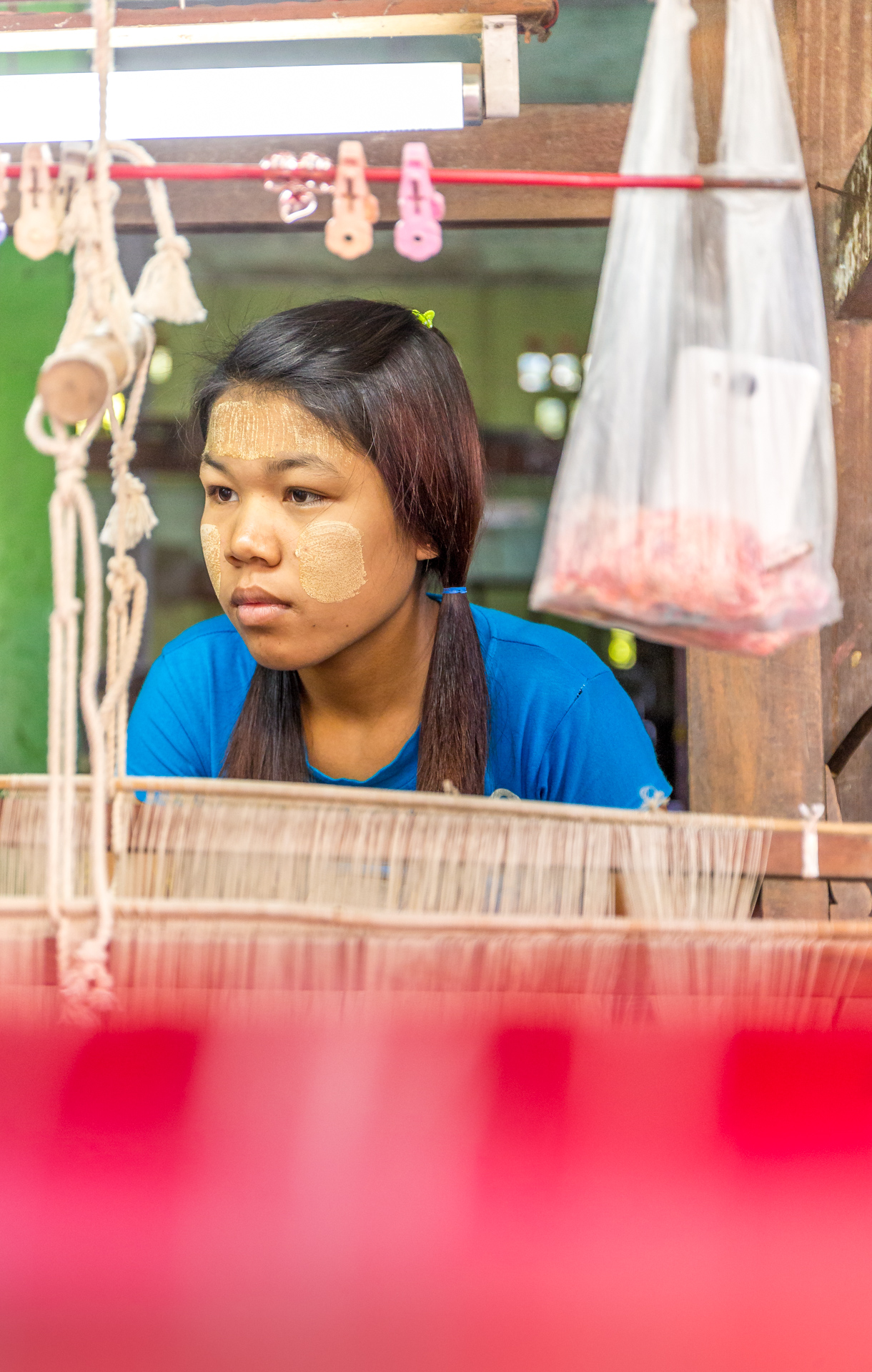 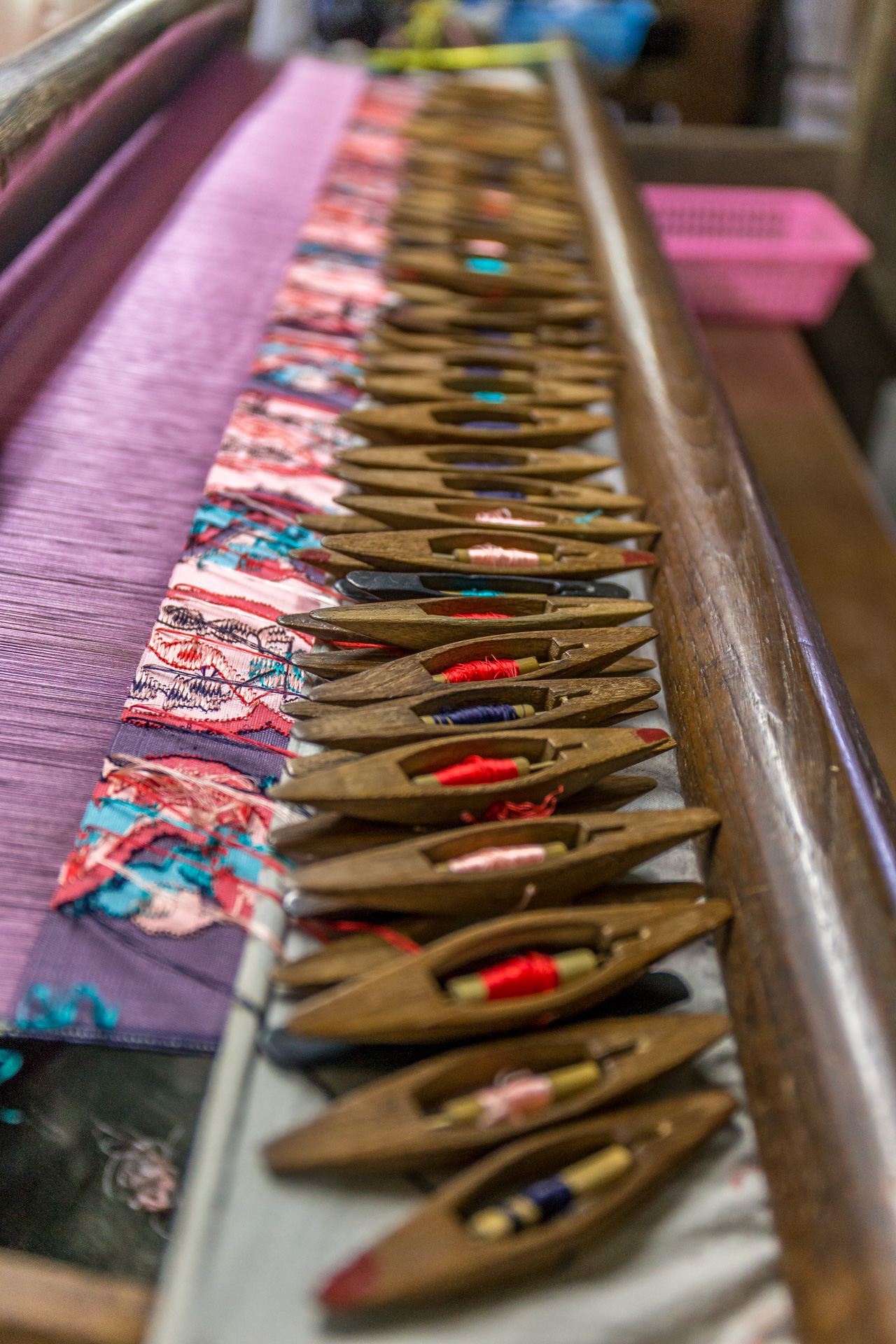 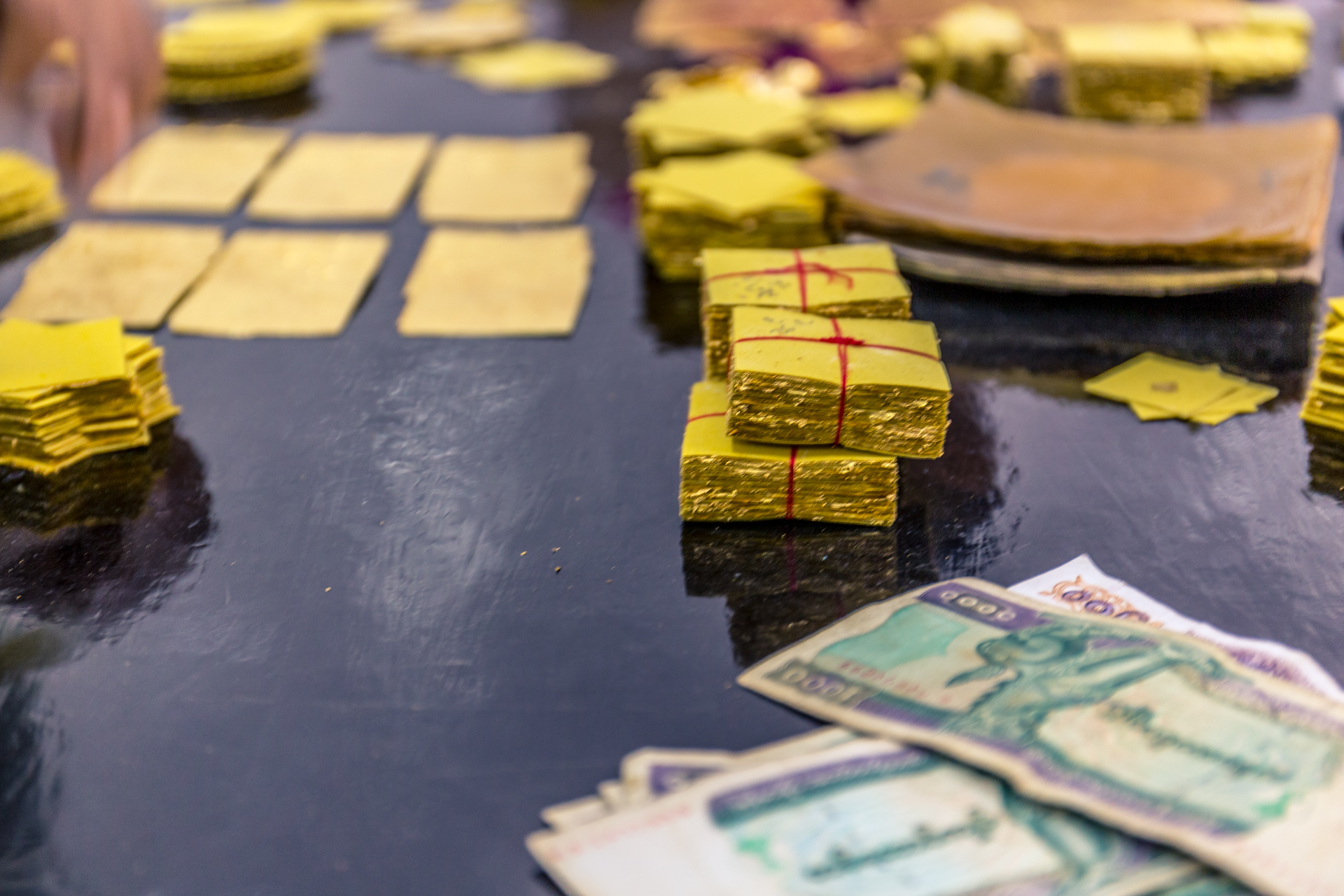 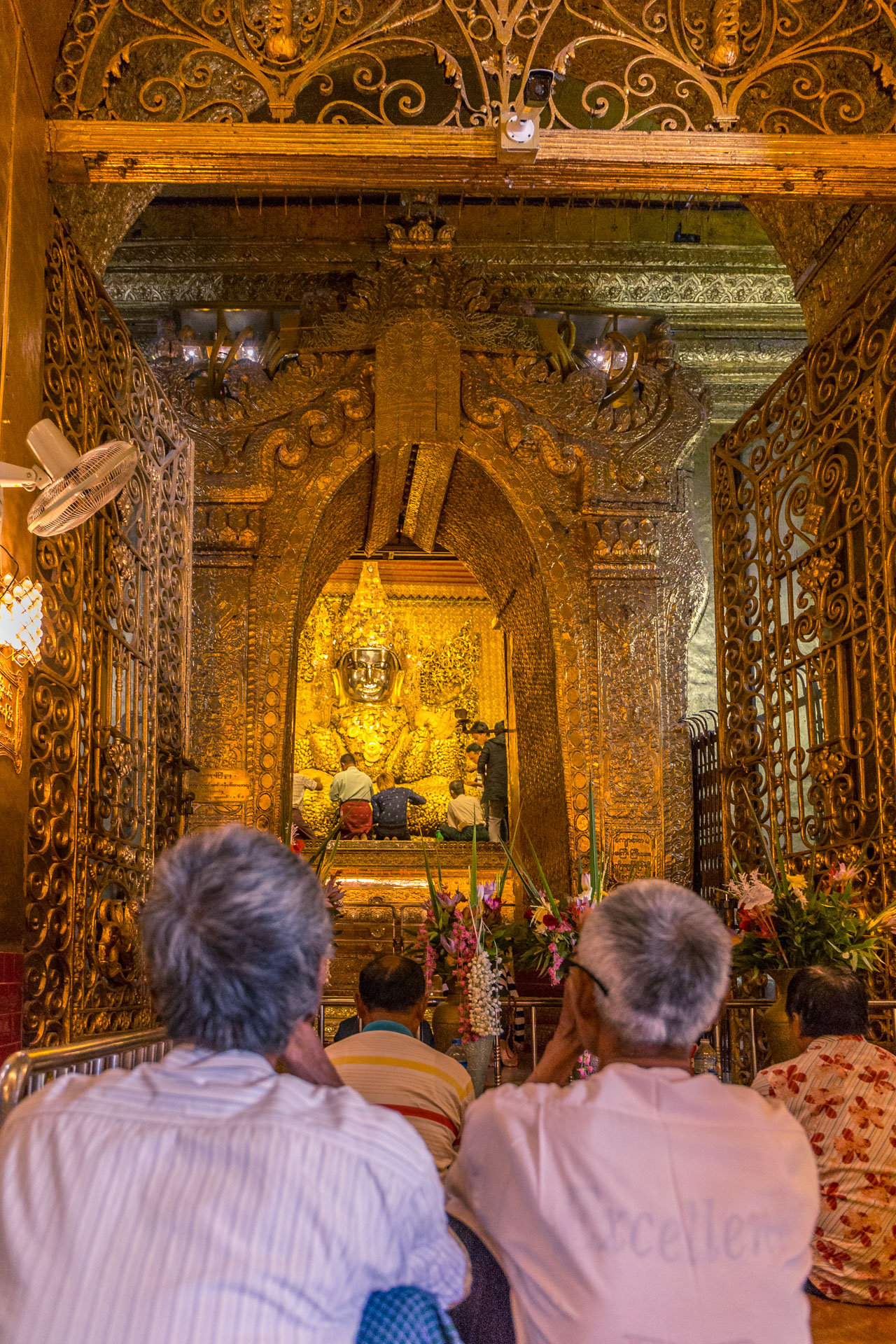 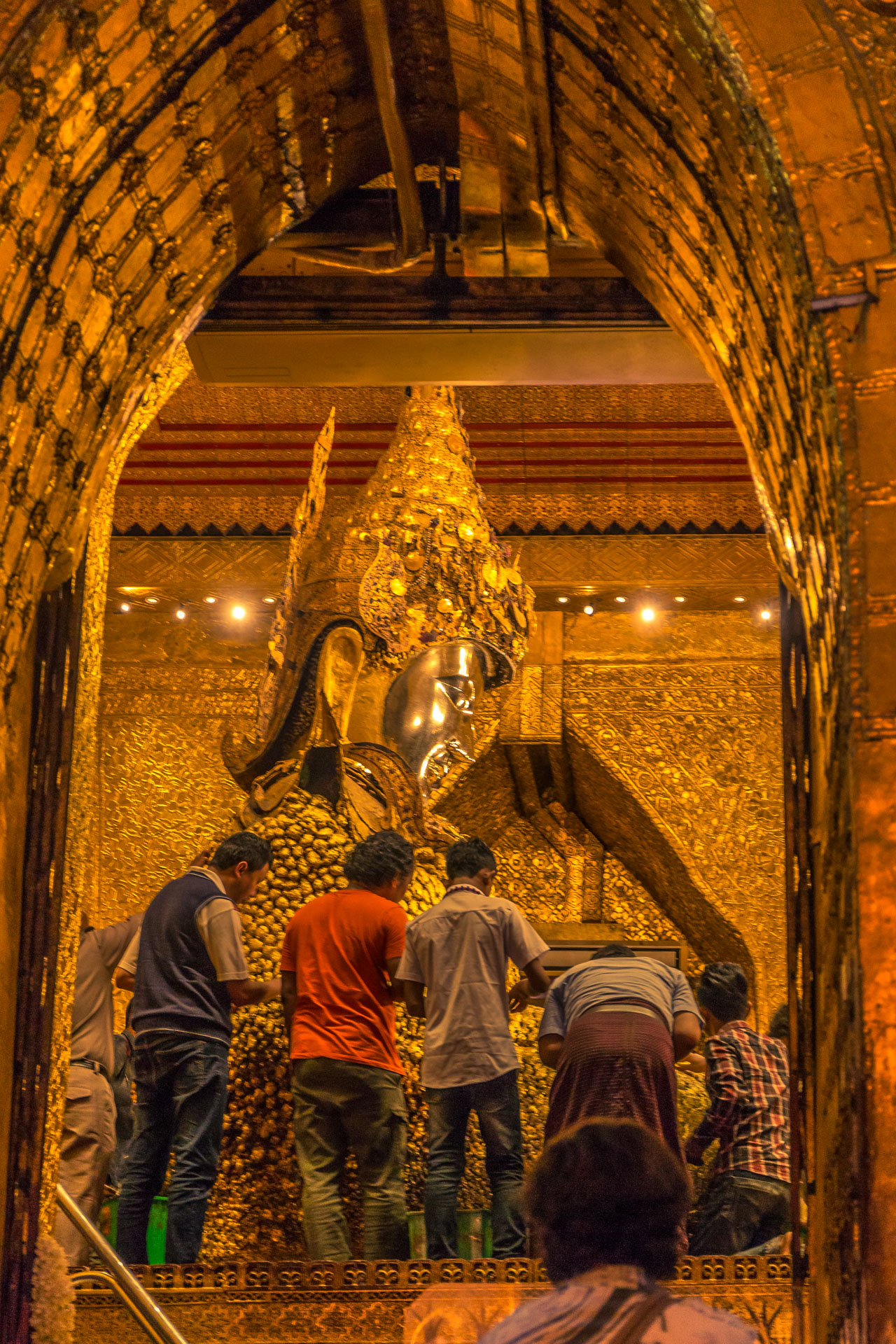 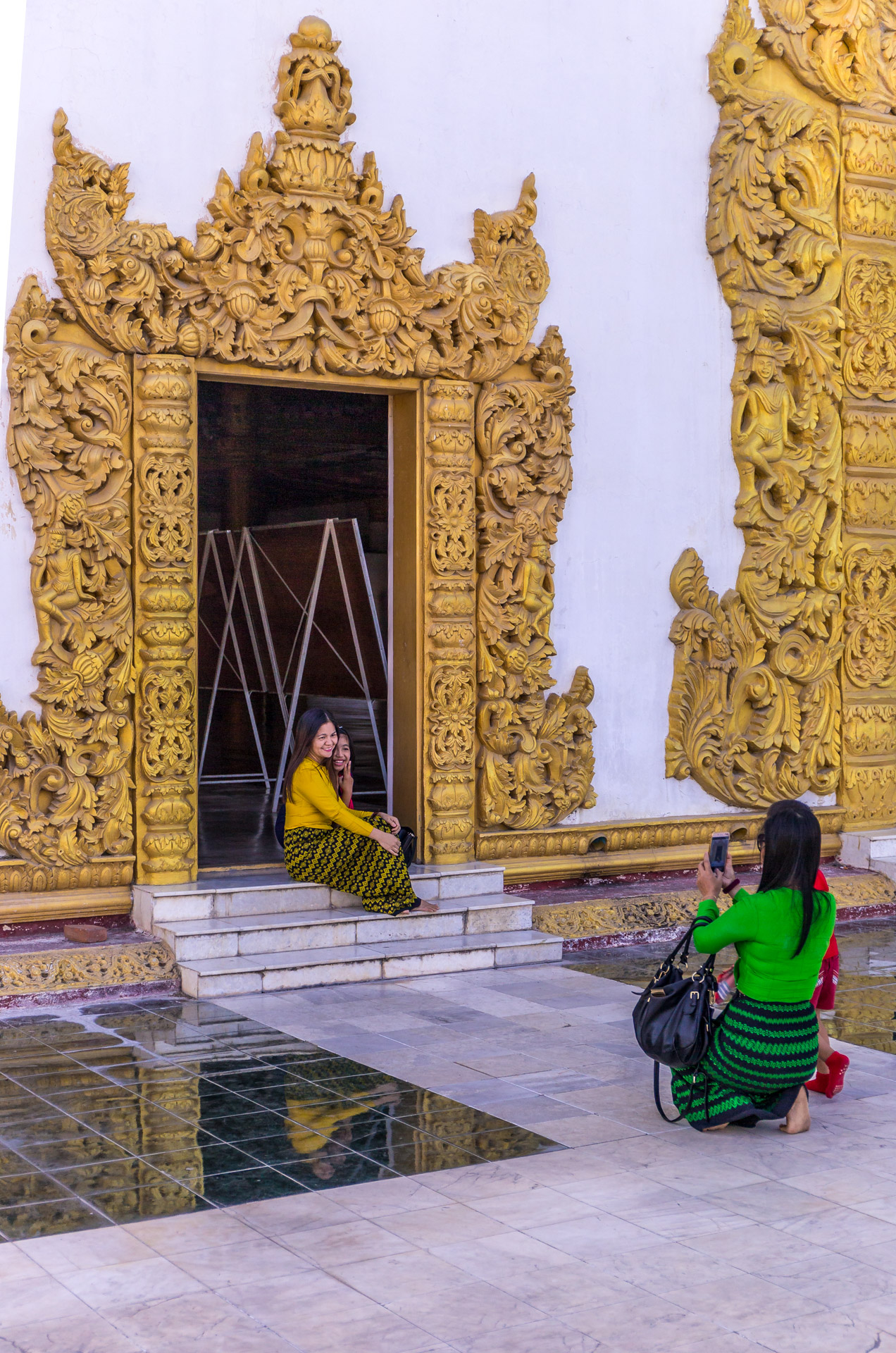 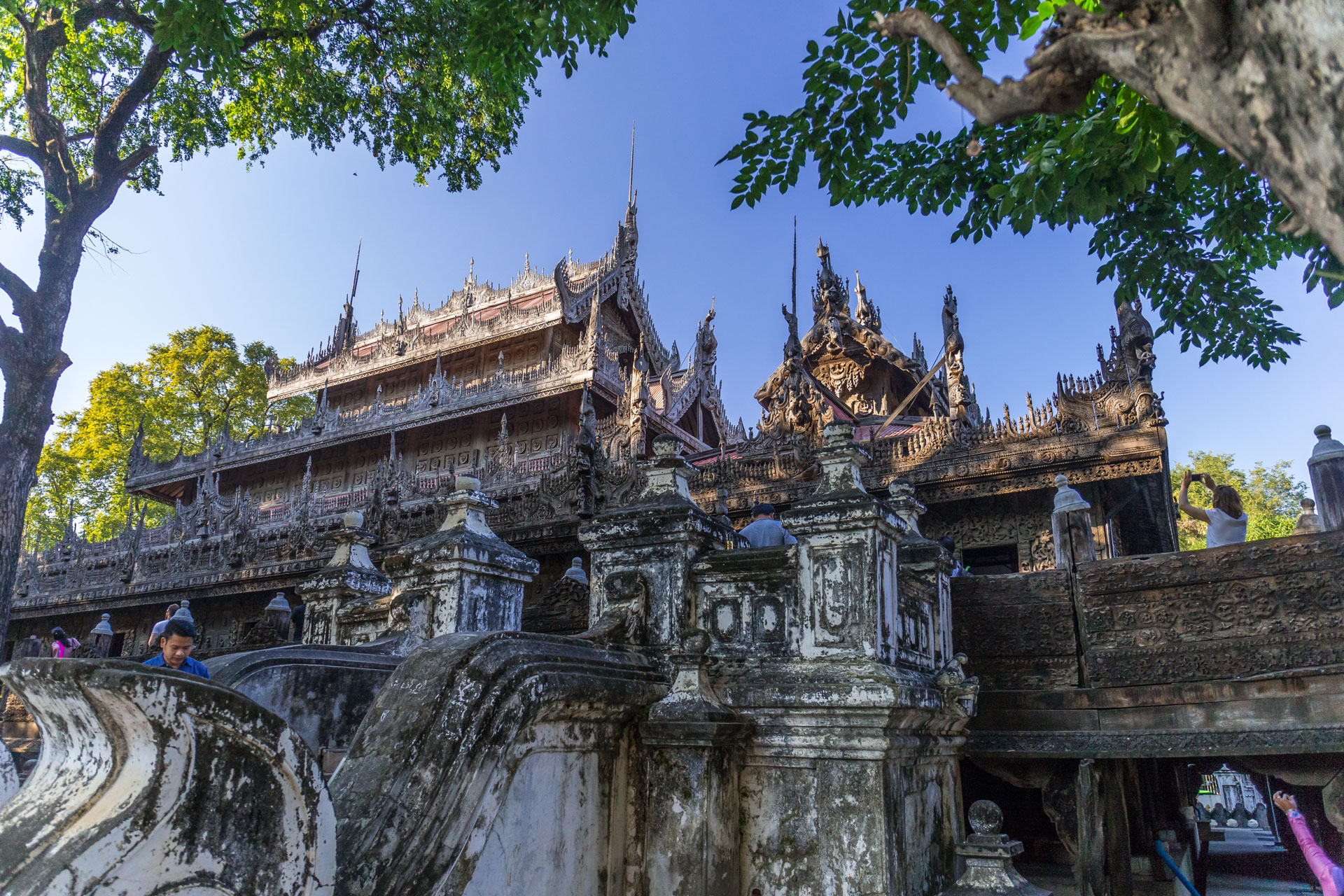 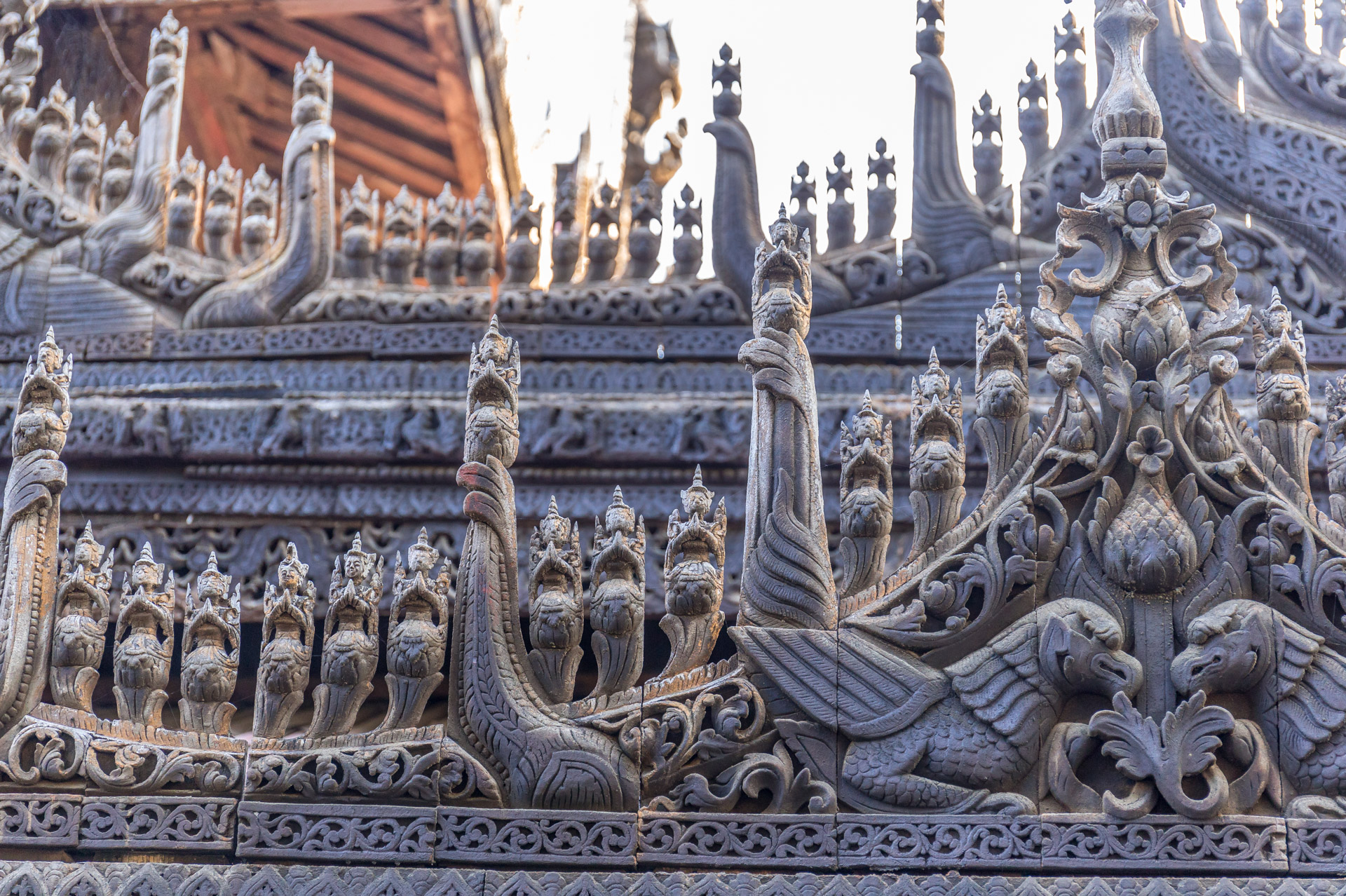 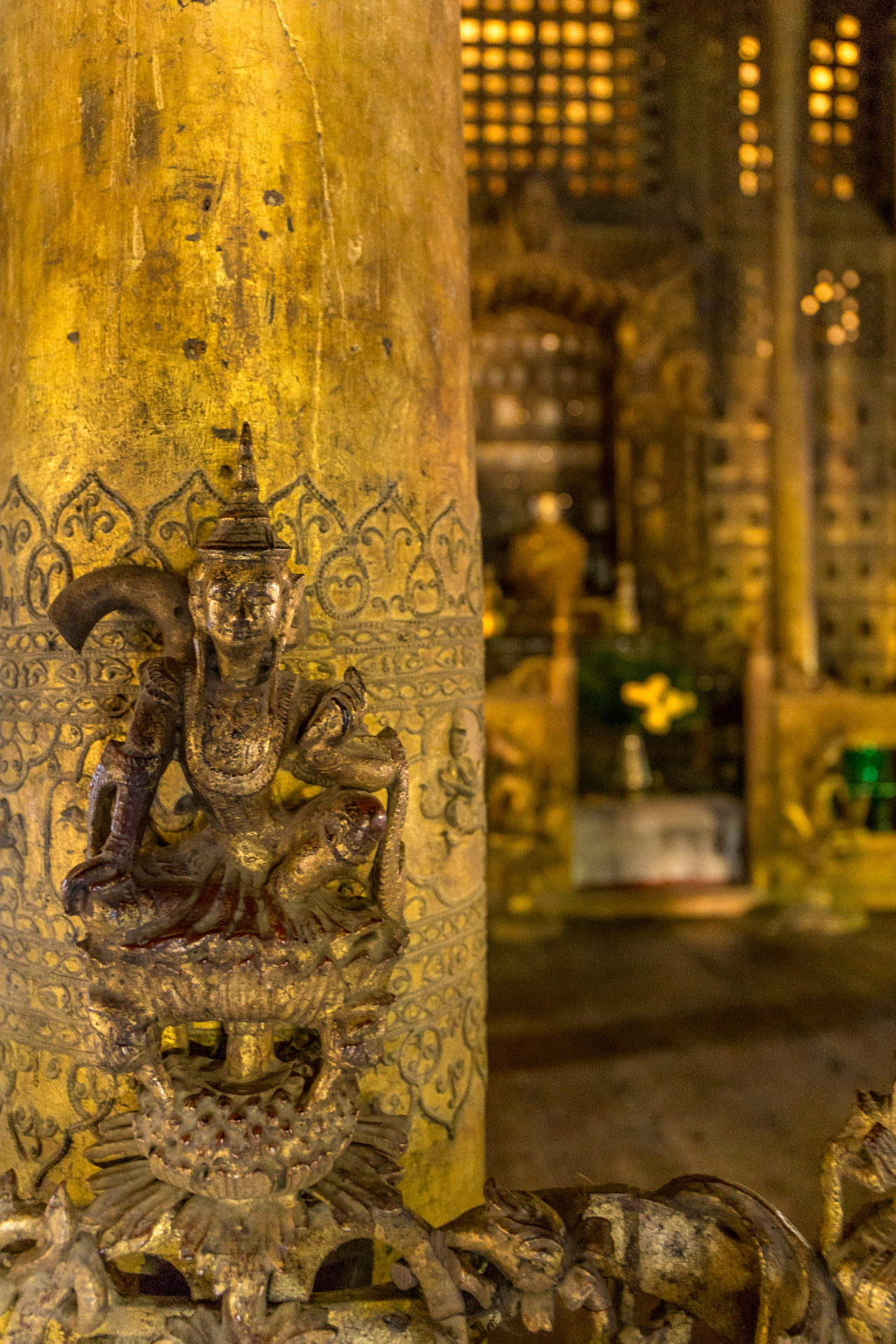 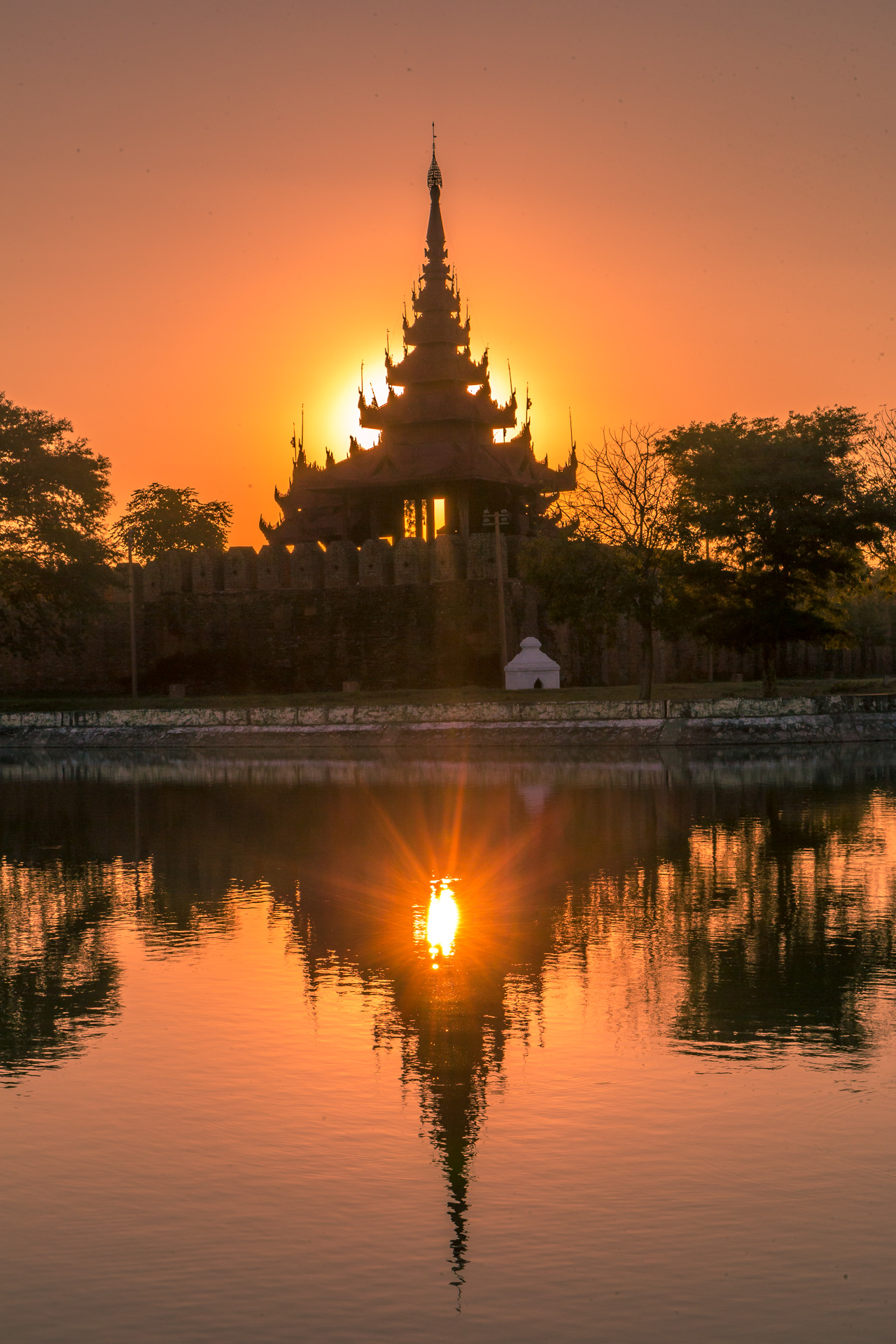 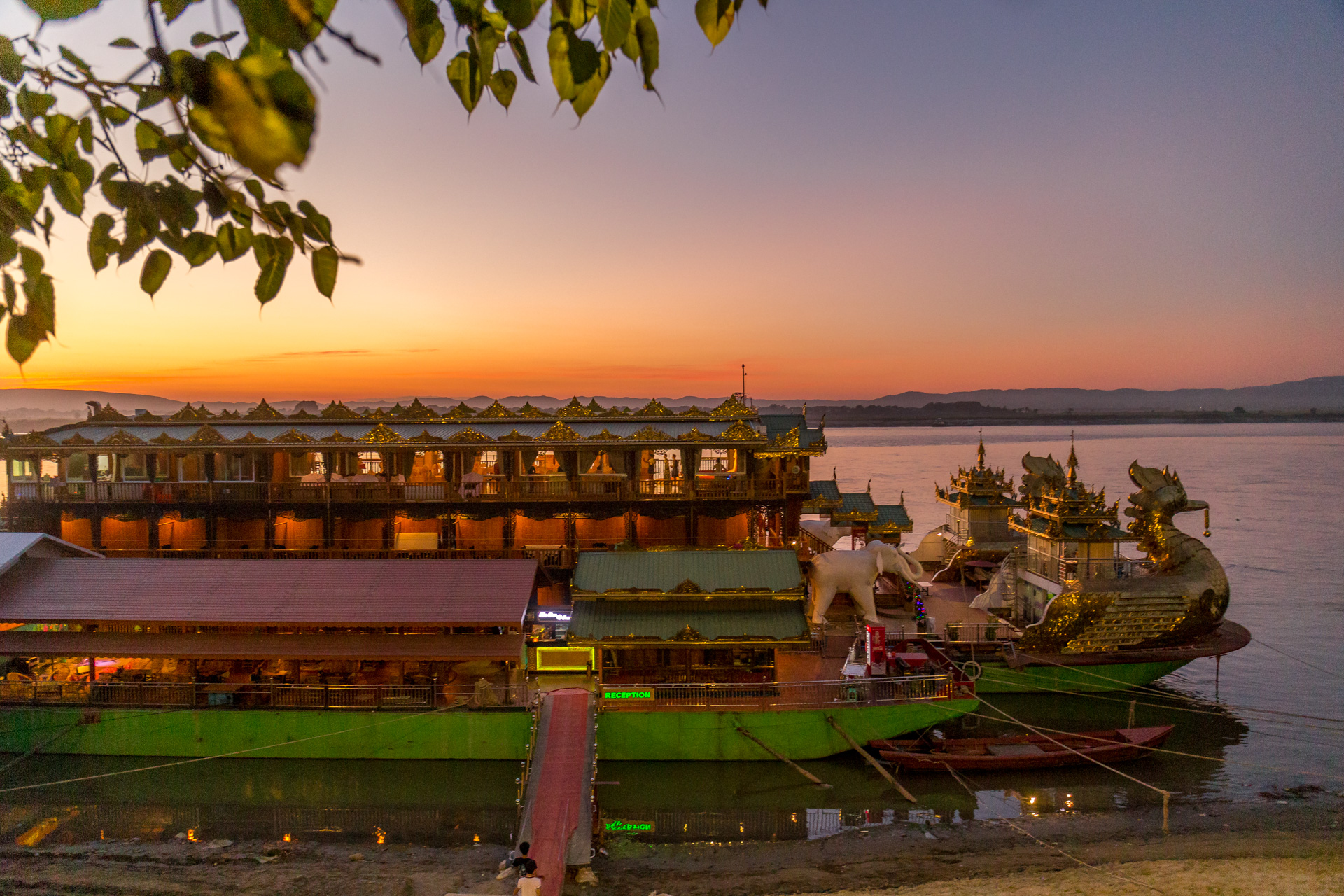 Another very early start: 5.30 am to the airport of Yangon. Just as we thought that we had all sorted out, bam! Fate throws you another curveball. At the airport Chris had to hand over his drone to the Burmese authorities for safekeeping until we leave the country. Sad to know that there won’t be nice areal pictures of Bagan and Inle lake.

After a short and uneventful flight with the local KBZ airlines, we landed at Mandalay airport and were met by our guide and driver. We have to say, our local agency had it all organized perfectly. First stop was the former royal city of Amarapura. It was only a royal city for 25 years before the king moved his palace to Mandalay. Moving the capital seems to be a national sport here in Myanmar. The former military government built a whole new capital in the middle of nowhere, without the people even knowing, until they moved from Yangon to the new built city of Ngapali. Most of Amarapura is a monastery and a tranquil and quiet place, until about 10 am each day. Then it changes into a tourist hub for 1,5 hours and into Esther’s and Chris’ cringe time until it’s over.

Reason being that each day hundreds of tourists attend the monk’s luncheon, literally poking cameras into the monks faces while these are queuing for lunch, disregarding the head monk’s orders to stay to the side of the road and be respectful. The worst are the Russians and Chinese who pretend not to understand and interfere.

You just wish for a Harry Potter spell to petrify them on the spot. Meanwhile Chris was wondering, why people don’t download the myriads of (good) pictures that already exist instead of taking their own crappy shots with their cheap cameras and phones. So instead taking thousands pictures himself he rather enjoyed the ceremony.

The sight is actually quite arresting. 1.000 monks of all ages line up in two rows patiently awaiting to be served their second and last meal for the day. Rice, curry and some fruit, that’s it. After their breakfast at 5 am and their lunch at 11 am they fast for the rest of the day and night. Hard life. You are only supposed to eat as much as necessary, not as much as you would like. After all the trying to achieve enlightenment is not about you feeling good, but about modesty and restrainment. Hence the monks are not allowed to cook, because that would mean they would make choices on what to eat and inevitably lead them down the road of choosing things they like.

The food is donated every day and the monks get only to eat what they are being served. No choices – no seconds – only water to drink.

We had a peek into the kitchen before food was served and boy this is a different world here.

Cooking for 1.000 people asks for different dimensions of equipment.

Strangely enough some monks are married, but then have to live in the monastery without their spouses. What’s the point??? I guess some things we’ll never understand.

Quick stop at the U-Bein bridge, the world’s longest teak wood bridge is a very charming location if it was not for the tourists. Coming from the South, where we did not see any, into the Center, where there were a few hundred makes you spoiled…

Time for lunch at a delightful lake restaurant and then off to see some local handicraft workshops in Mandalay. We watched delicate silk threads being woven into intricate patterned fabric to make longhis, the long skirts for men and women worn here. Esther could not resist getting one of course!

Interesting as well were the gold leaf pounders. Men only pound thin strips of gold into impossibly thin gold leaves in a matter of six hours. Bamboo paper that is equally expensive as the gold is being used to separate the different layers. To create the bamboo paper, the fibers need to soak three (!!) years (!!!) in lime, worked on for another dozen worksteps in order to be usable for gold leaf making.

Sounds insane nowadays, but we watched this ancient tradition and the back-aching work that goes into making gold leaf. Woman (only family members!) put the ultra thin gold leaf on a small squared paper in order to sell it. We then watched how it is being used as well. Stopping at Mahamuni Paya, we watched many men (and men only!) walking up to an ancient huge buddha statue and applying their gold leaf sheets to the buddha as a donation. You can apply the gold leaf sheets anywhere on the Buddha but on his face. This gets washed at 4 am every day and is shiny smooth. The rest of the buddha is now covered with about 6 inches (15 cm) thick layer of gold leaf. No idea how much it weighs now but it is impressive to watch (on TV live streaming outside!) the men pray and apply their donations in pure gold. Needless to say, that the buddha looks very bulky and uneven by now as most of the gold gets applied to his chest, thighs, hands and arms.

After strolling through some small shops, trying to spy an interesting piece of artefact in Myanmar we headed to the Royal Palace, at least the only building that is left from the original palace. At Shwendandaw Kyaung an ancient, but very impressive wooden structure is all that’s left from the royal palace. And that was by sheer luck. The king thought this building housed a spirit and did not want to have this part of the palace in his compound anymore. So he just packed it up and moved it outside the original palace walls and put it up again, then repurposing it as a monastery. WWII destroyed all but this one building.

Originally it was completely covered with gold leaf, but weather and time have taken its toll. All the teak wood looks very weathered and beaten by now. Nevertheless, one can still glimpse the former splendor of this wood carved palace.

Our favorite stop for the day was the worlds largest book. Its not a book like you have seen so far or imagined, with many pages filling a large bound volume in a leather cover. This is literally a walk-through book, dispersed across an area the size of two football fields. 929 white shrines with golden tops are lined up in neat rows around a beautiful golden stupa. Each shrine contains one page of the book on a marble slab in small writing, barely readable from the door step. So you can literally walk through the book by yourself and read as you go. Quite amazing and memorable.

As always cats are omnipresent, not even respecting the prayer mats in front of Buddha. This old fellow must have been Buddha’s best “Buddhy” one time (no pun intended ;o) )

The impressive golden stupa is half covered in gold paint, half with gold leaf. Guess which half is which!

To close out a perfect day, we watched the sunset over the re-built Mandalay Palace, with its fortress walls and moat around it. Oh, did we forget to mention that this is also the headquarter for the Burmese army elite??? They just picked that prime piece of land of eight square kilometers!!! in the middle of the city of Mandalay to make it theirs. Amazingly not much what’s going on behind those walls is known to the outside and there is still a deep suspicion of the local population on anything to do with the military. Too recent are the times of military dictatorship.

Retiring to our floating hotel we settled in after an eventful and wonderful day. And yes: the ship can you see on one of the pictures is really a hotel! Floating on the Irrawaddy river.