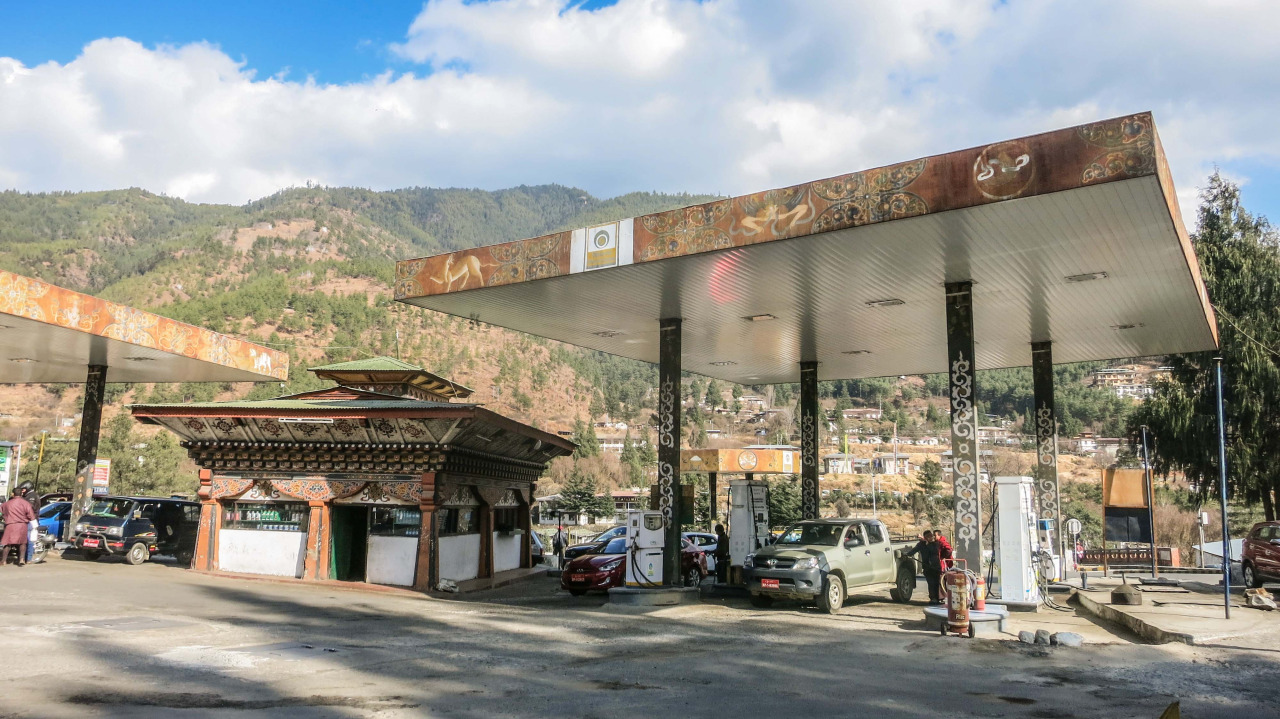 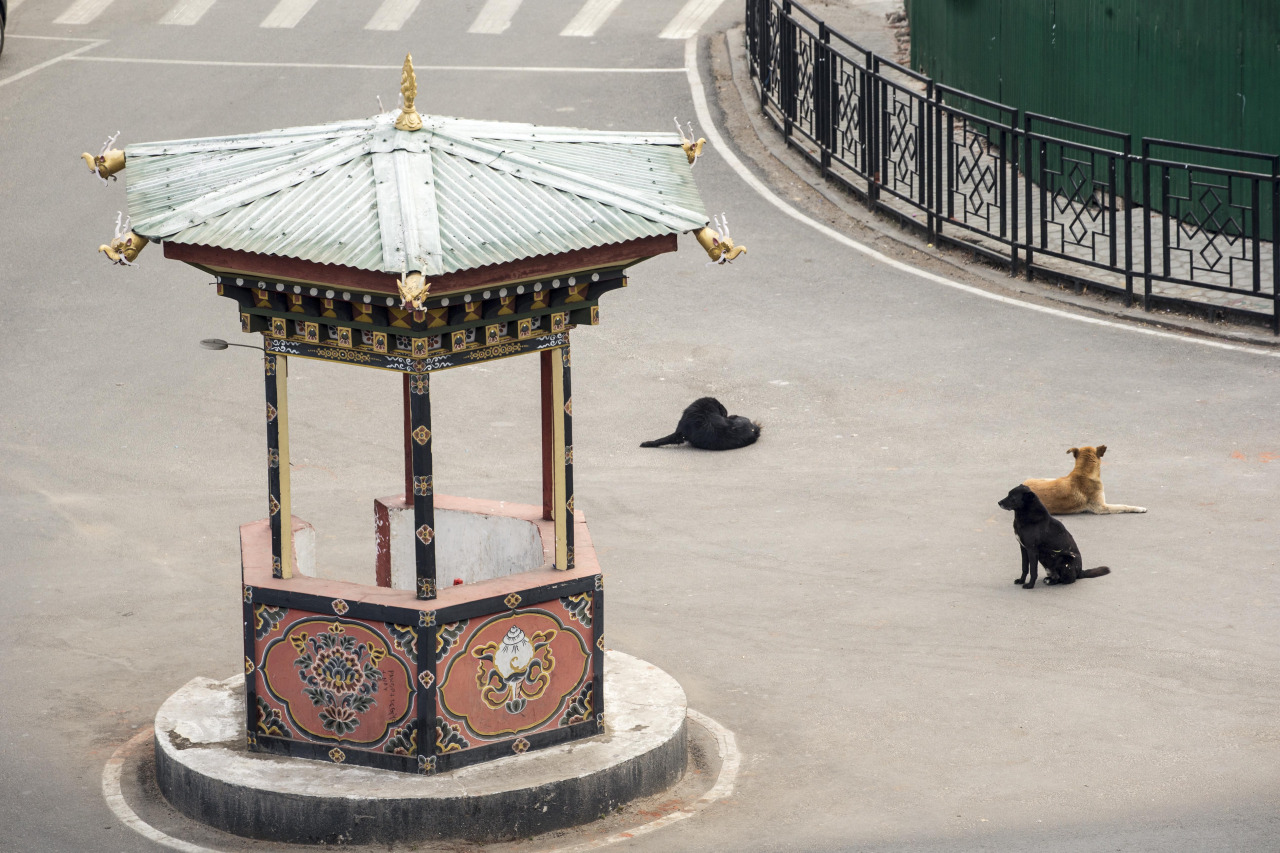 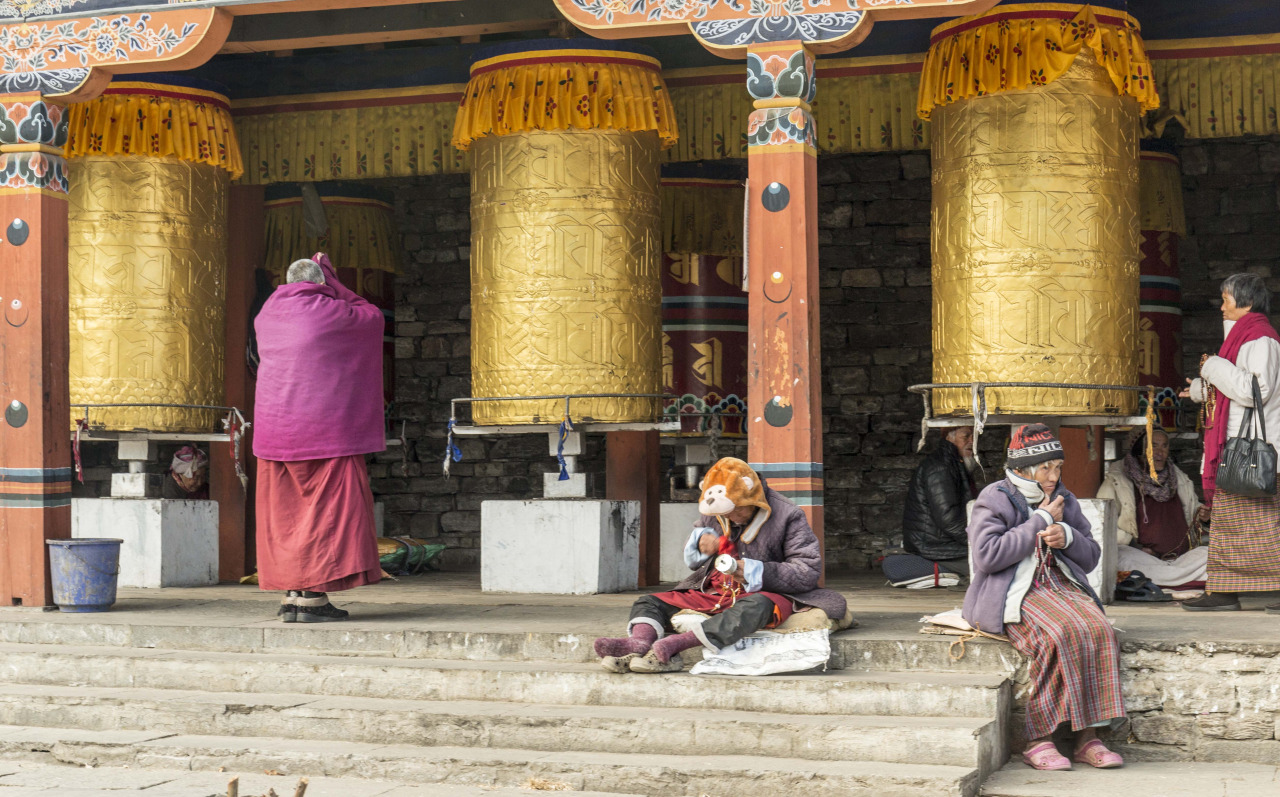 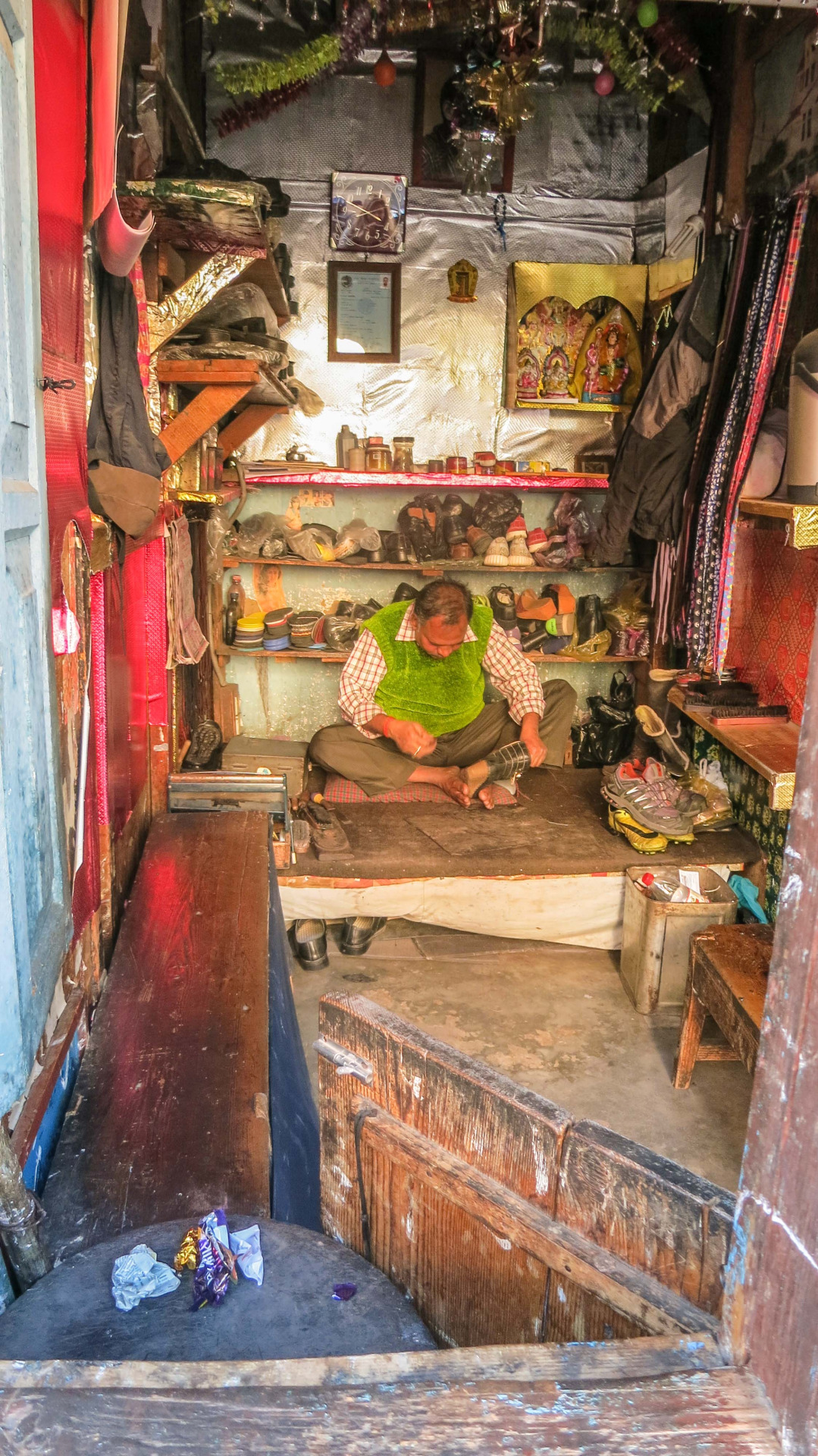 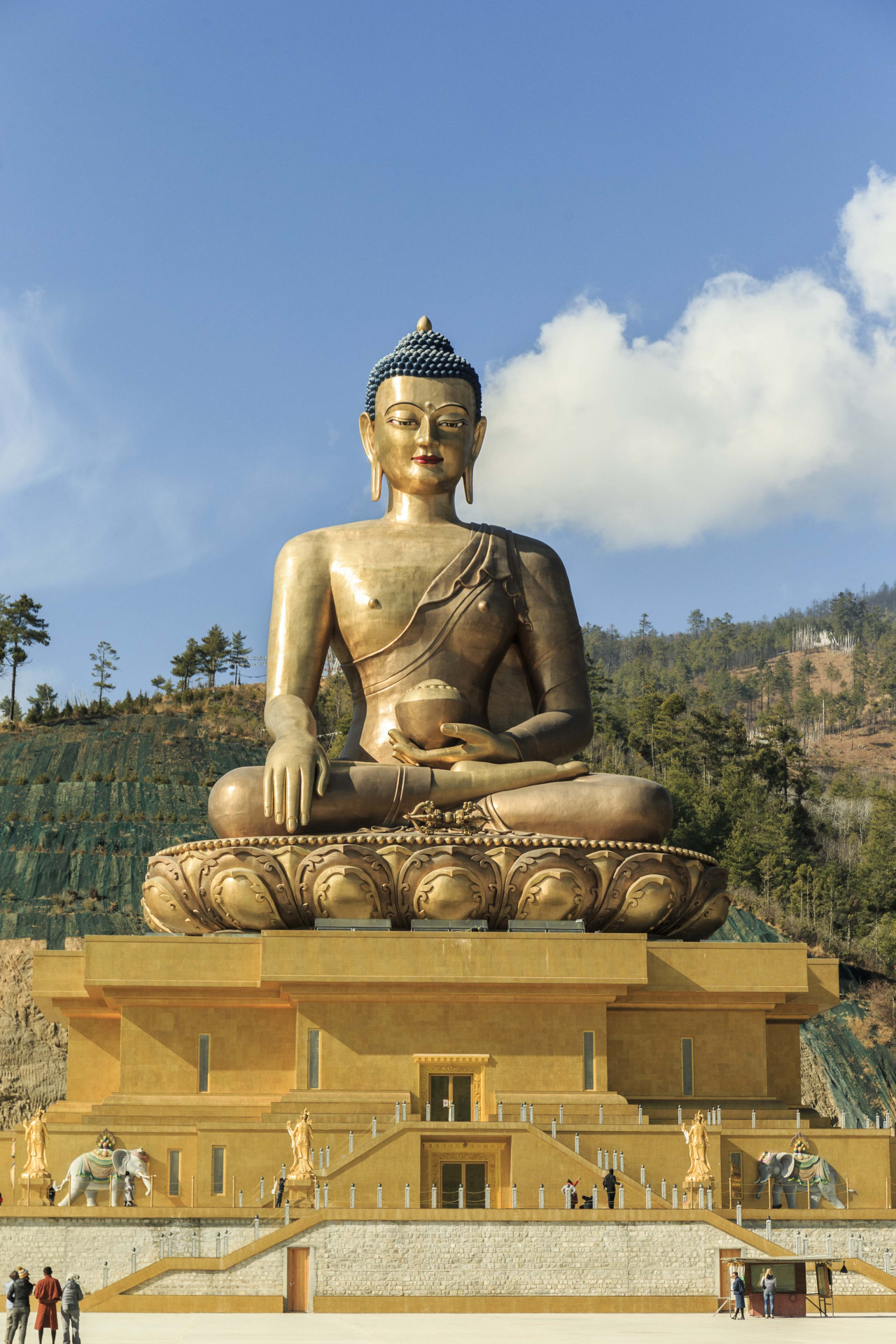 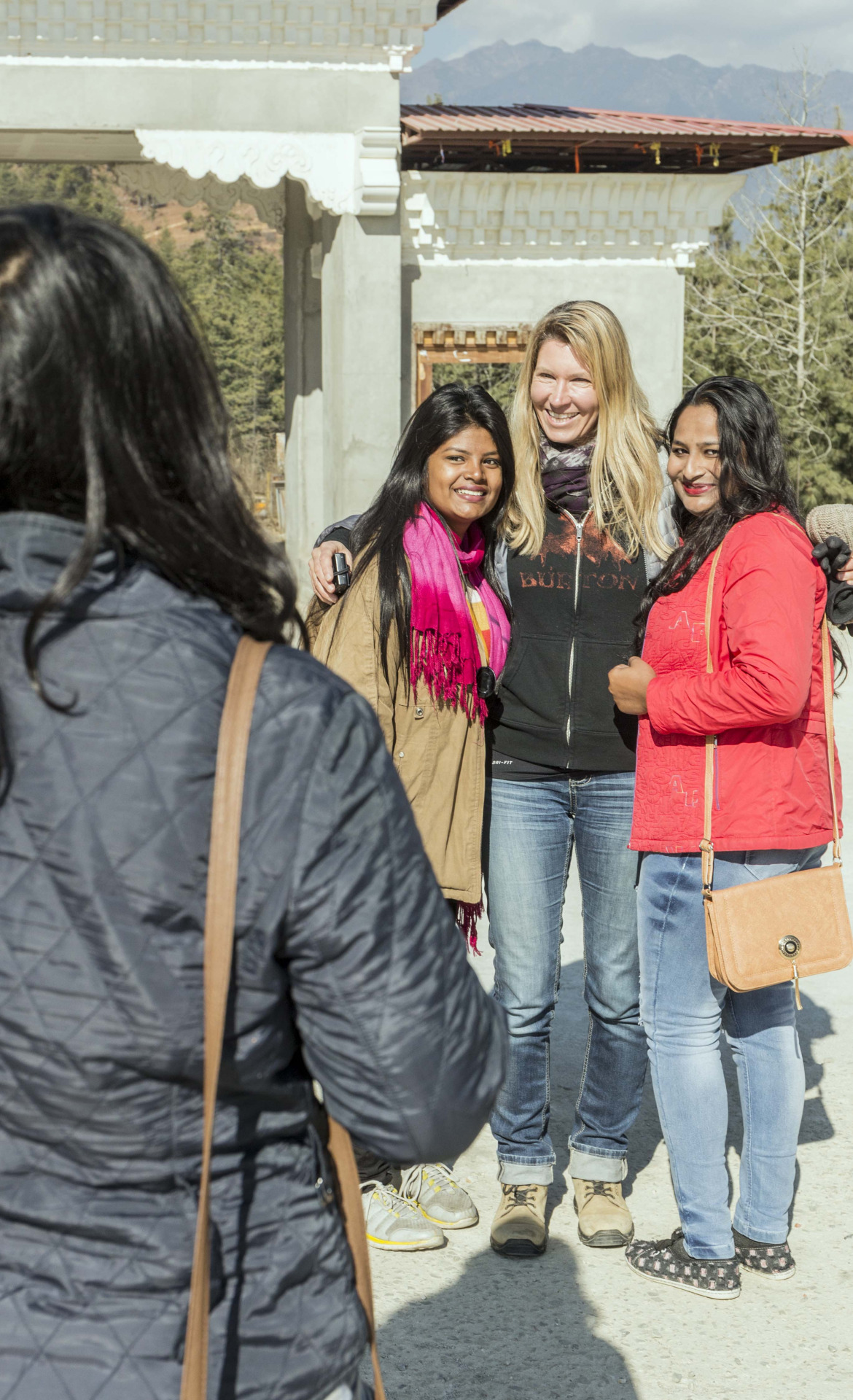 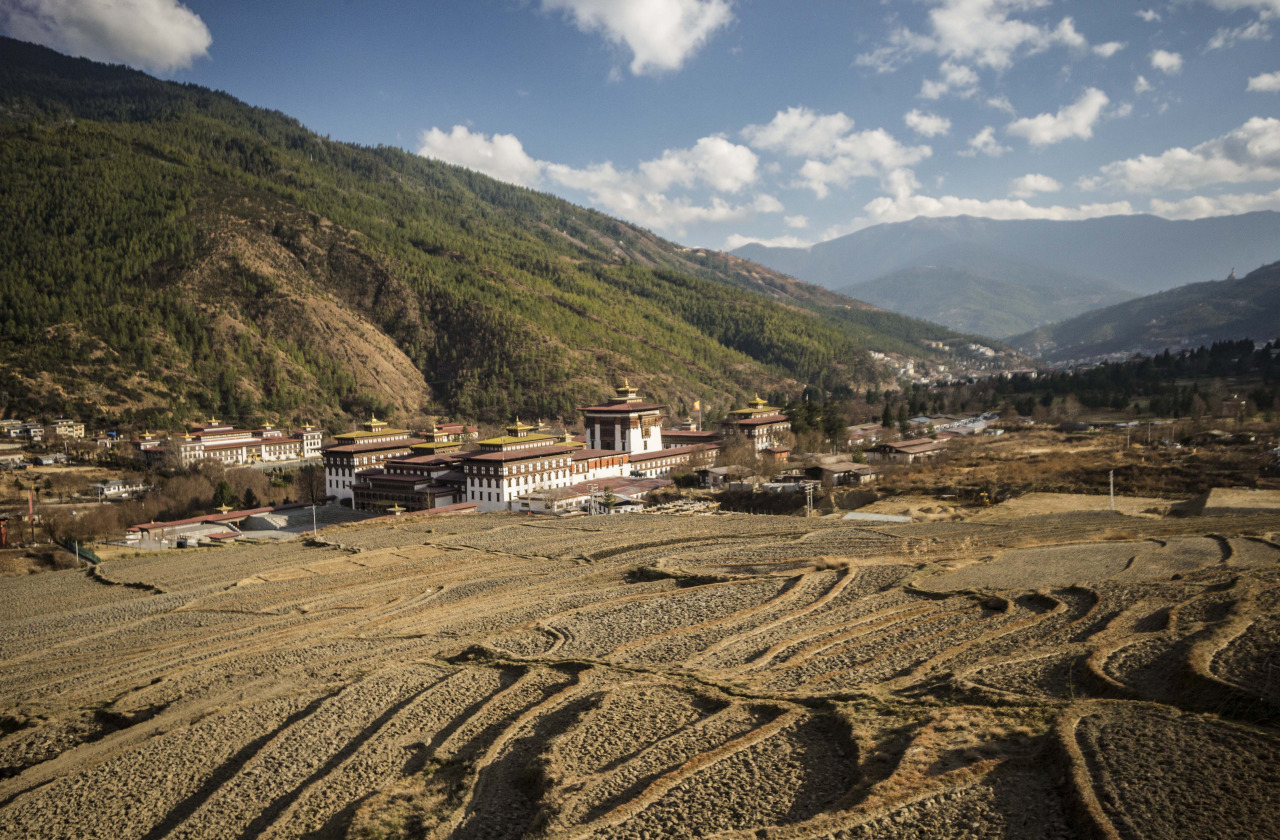 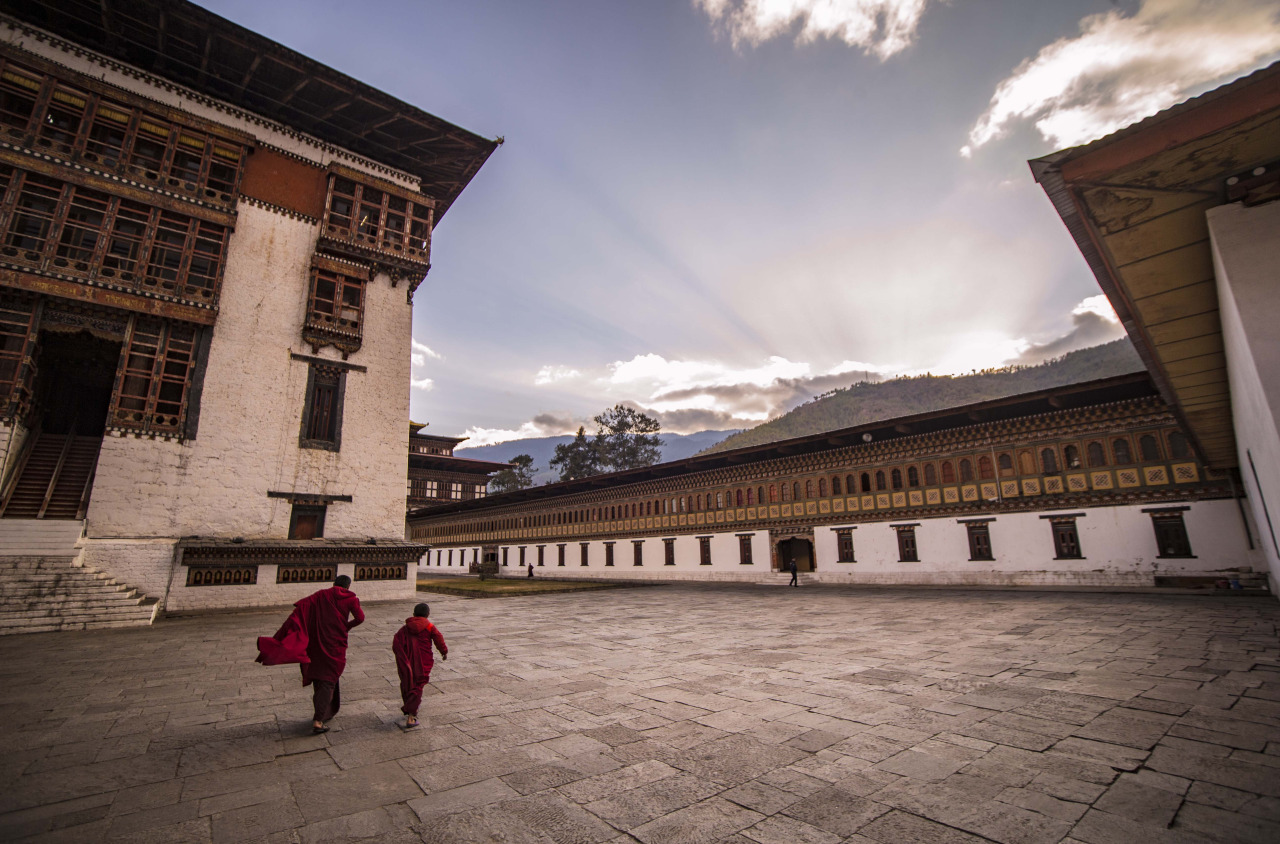 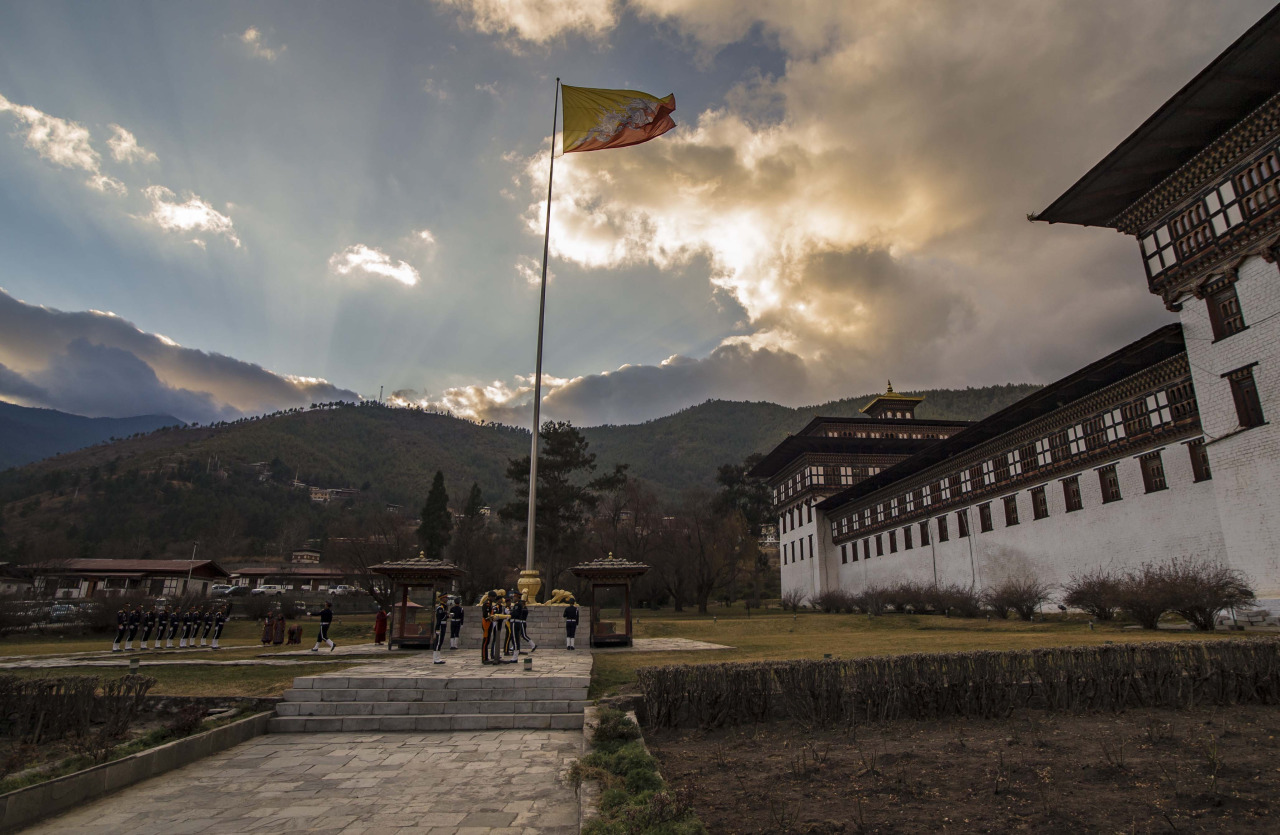 What a night in Thimphu! This will stay in our memories not because of the heavy partying we did (night life is rather limited here in Bhutan) but of the sleep we did not get. Like a replay of Mongar, we were kept awake by the incessant dog barking all throughout the night.

Working on our Bhuddist skills

Our hotel could not be more central and was providing ear plugs, but against the long hours of barking they proved useless. We tried to muster our best Bhuddist mind and ignore it as much as possible. What surprised us is how the dogs behave here. In Munich we don’t have many stray dogs, so to see here how they form gangs of dogs street fighting against other dog gangs is quite amazing.

They behaved like groups of teenagers hanging out picking fights with each other. During the day though all would be asleep on the side of the road recovering and getting ready for the next fight night …

Our hotel was very well located right in the middle of town overlooking the famous traffic circle, that is still today organized by a real traffic cop in uniform complete with white gloves, elegantly directing the traffic. Thimphu does not have a single traffic light and won’t have one for the foreseeable future. When they tried to establish a first traffic light a few years ago, the people found it too unpersonal and petitioned to get rid of it again.

Since then, there are a few roundabouts but nothing more. Traffic is getting more congested nowadays. In all of Bhutan there are 66,000 cars and trucks registered but the number is growing rapidly. Cars are very expensive here as the import tax is 100% for Indian cars ad 150% for all others. The government is trying to keep up with the traffic development. Thimphu has the only 2 lane ‘highway’ in the whole country and that only covers 5 kilometers right through town. Thimphu certainly has the prettiest gas station that we saw on our travels.

Thimphu was made capital in 1955 and since then has developed to be the country’s administrative and economic hub. The city has a difficult time coping with the rapid population growth and numbers about 80,000 people. Population growth in Bhutan is around 3.1 – still too high for a small country with limited funds and infrastructure. The government has a 2020 agenda to reduce growth to 1.1. Unfortunately population growth is not the same throughout the country. Young people from rural areas flock rapidly into town to find work that is less laborsome than farming. This now makes Thimphu one of the fastest growing cities South East Asia. The government has rules and regulations on building sites and architecture such as not allowing to develop the valley slopes and only to build five storeys high. What sounds like a reasonable way to keep look and feel of a nice and pleasant city is indeed producing some never before experienced side effects. Due to the space restrictions, rents in town have gone up tremendously, often now consuming more than half of family income and little squatter settlements of small huts made of wood and corrugated iron sheets are springing up illegally. Bhutan never had any slums nor those type of issues before, so they are very keen on containing those types of developments to a minimum. We never saw a single beggar on any of the streets, not even in Thimphu.

Average wages here range from Ngultrum 6,000 to 15,000 a month (7,000 Ngultrum being about 100 EUR and the Nu is pegged 1:1 to the Indian Rupee) Many Bhutanese are small entrepreneurs with their own little shops. Tailors, shoe makers, general stores and grocers are everywhere. To imagine the arrival of retail chains here in Bhutan would be a disaster for all small businesses. Luckily so far the Government is keen on making sure that economic progress is not defined by the arrival of retail chains, but there is an issue with cheap product from India and China being imported in large quantities harming the local industry. Much in Bhutan is still handmade and can’t compete price wise with the cheap imports.

On our city walk we also came upon the city’s Memorial Chorten. While it’s not old (only built in 1974) it is memorable nevertheless. On busy days it looks like a human migration that rotates clockwise around the Chorten in slow, never ending circle. People of all walks of like come here at the beginning of their work day and start the day be getting a few additional blessings by walking around the stupa and turning the prayer wheels. Then they go about their normal work day.

Having finished our walk through town (after all it’s not that big a city) we drove up to the largest Buddha statue on the planet, Buddha Dordenma. With 169 ft. (50 meters) this tall brass statue shines golden in the sunlight and watches over Thimphu valley and town. You can see it gleaming from afar. It is so heavy that it is held up by massive concrete pillars and is hollow inside. The inside is a temple and you can walk into it and look around. 1000 Buddhas are being collected inside and all look new and shiny. The Bhutanese are very proud of their Buddha statue.

Besides a few Indian tourists we are all alone up on the hill. Those Indians, nevertheless are asking once more Esther for a photo. Blond hair, light skin is very much in demand ;o) Chris and Esther must be on many Indian facebook posts by now…

On we went to Trashi Chhoe Dzong, a magnificent building that is the center of the religious community in summer and head of the administration as well as the king’s official offices. The kings’ palace is actually right next to the Dzong and quite small. That’s what the Bhutanese love about their royal family. They do not live a large life and are content with what they have. The Dzong houses the kings’ offices but as much of the power has shifted to the democratically elected government, those offices are mainly for representations and audiences. Each Bhutanese has the right to ask the king for an audience. As much of the country’s administrative offices and ministries are housed here, the opening times for visitors are limited. We went in around 4.30 PM when the official offices closed down for the day. The Dzong is a magnificent building inside and out.

Fun fact: only male guests (religious or state guests) were ever allowed to stay overnight in one of the Dzongs’ towers, converted into guest suites. So when Indira Ghandi, then the Prime Minister of India, came to visit there was much debate, but eventually she was allowed to stay over as an exception. This was the only time a female spent a night inside these walls.

At 5 PM we watched the ‘downing of the flag’ ceremony. With much ado and ritual the state flag is being taken down by a group of soldiers in Uniform accompanies by monks and their instruments. Quite touching to watch and to listen to. Back we went to our hotel and to spend another night listening to dog gang fights…